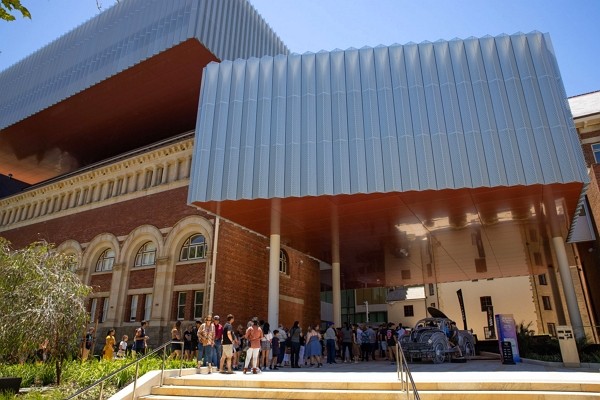 TAIPEI (Taiwan News) — A museum in Western Australia (WA) has altered a reference to coronavirus originating in China and an interactive map that failed to include Taiwan as a Chinese territory, after receiving complaints from the Chinese community.

According to The Sydney Morning Herald, WA Museum Boola Bardip, which only opened last month in Perth, has found itself in a political storm over the content it displayed in a digital exhibit about the ongoing pandemic. A spokesman for the museum said it was contacted by the Chinese consulate on Monday (Nov. 30) regarding two "factual errors" in the display.

In a label about the year 2020, COVID-19 was described as a highly contagious disease "originating from mainland China." Meanwhile, an interactive world map that lights up countries selected by the user did not illuminate Taiwan when China was selected.

The museum received a letter demanding an explanation for its "mistakes" from local Chinese media company MOSTWA earlier this week. The company director, Yoga Zhang, accused the museum of misleading the public, saying the World Health Organization and the governments of many countries have yet to confirm the origins of the coronavirus.

Zhang also emphasized that "Taiwan is an inalienable part of the People's Republic of China." She said the international community supports this claim and the museum should not support splitting China.

In response, WA Museum Chief Executive Alec Coles apologized on Thursday (Dec. 3) for the "accidental mistakes" and said they had been rectified. He confirmed he had received letters from Zhang and Chinese Consul-General to WA Dong Zhihua (董志華) but denied the decision to change the exhibit was due to "political pressure."

Coles said the museum had "jumped the gun" in labeling China as the country of origin for COVID, and that excluding Taiwan from China was not in line with the position of the Australian government. He insisted the museum was happy to make both corrections.

In October, the Nantes History Museum in France also accused the Chinese government of interfering in its Genghis Khan exhibition by attempting to erase Mongolian history.

It is important to note that the official position of the Australian government on Taiwan's status is that it only "acknowledges the position of the Chinese Government that Taiwan is a province of the People's Republic of China."