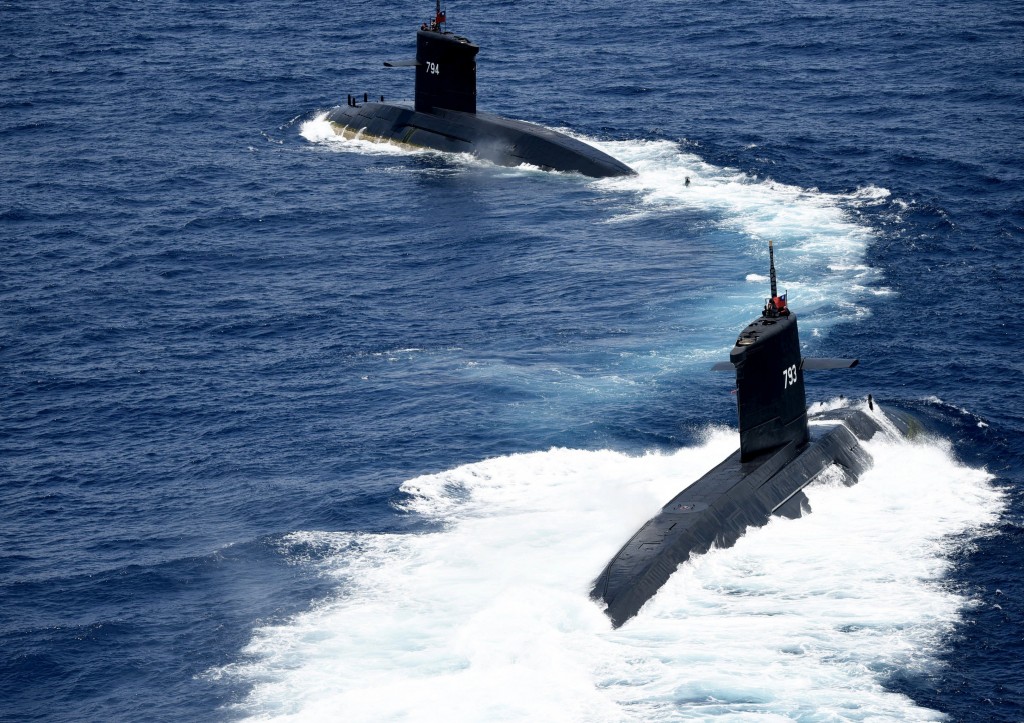 TAIPEI (Taiwan News) — As Taiwan commences the production of eight new submarines, a warfare expert was cited on Wednesday (Dec. 2) as saying a Chinese invasion fleet would be highly vulnerable to the submersible warships.

On Nov. 24, Taiwan officially began production of eight attack submarines, the first indigenous watercraft of their kind in the Navy's arsenal. The underwater vessels will be constructed at a specially designed new shipyard in Kaohsiung by Taiwan's CSBC Corporation.

Meanwhile, over the past decade, China has aggressively built up its navy to over 300 warships and submarines, making it the largest navy in the world. China plans to continue to expand its armada to 450 ships and 110 submarines by 2030.

It is for this reason that Taiwan has felt the urgent need to build up its fleet of submarines to counter the threat of a full-scale invasion by the communist country. After decades of being denied purchases of submarines and components from foreign shipbuilders due to pressure from China, Taiwan in 2015 decided to build its own fleet, with the prototype expected to cost NT$49.36 billion (US$1.72 billion) and scheduled to be completed by the third quarter of 2024.

It is estimated that Taiwan's eight new attack submarines will cost a total of US$16 billion. Mark Stokes, the executive director of the Project 2049 Institute in Virginia was cited by Forbes as saying that "Their counter-coercive value should not be underestimated."

The new submarines will have double hulls and will be powered by lithium-ion batteries. They will be armed with both Harpoon anti-ship missiles and Mark 48 torpedoes.

Although the People's Liberation Army Navy (PLAAN) enjoys an overwhelming numerical advantage over the Taiwan Navy's surface fleet, it will have to contend with the Taiwan Strait's treacherous conditions, which Taiwan's planned attack subs will be able to exploit to maximum effect.

Cote asserted that despite the fact that PLAAN currently has 70 submarines and other warships and aircraft equipped with sonar technology, "even a small flotilla of Taiwanese subs" could penetrate their defenses. He pointed out that the only submarines capable of conducting anti-submarine warfare (ASW) are in the U.S. and U.K. navies.

Furthermore, only NATO navies and Japan's Self-Defense Forces have the capability to effectively hunt subs with their surface fleets and aircraft. For all these reasons, China's numerical advantage is not as meaningful.

Cote concluded that given the hazardous conditions in the strait that favor submarines, and given China's inability to conduct ASW underwater, on the surface, or in the air, even a small number of attack subs could stop a would-be Chinese invasion fleet in its tracks.

Also slated for 2024 is the completion of an upgrade to SS-793 Hai Lung and SS-794 Hai Hu, which will ultimately bring the country's modern attack sub count to 10. Taiwan is hedging its bets by both acquiring and building an arsenal of missiles to stymie any attempt to occupy its territory.