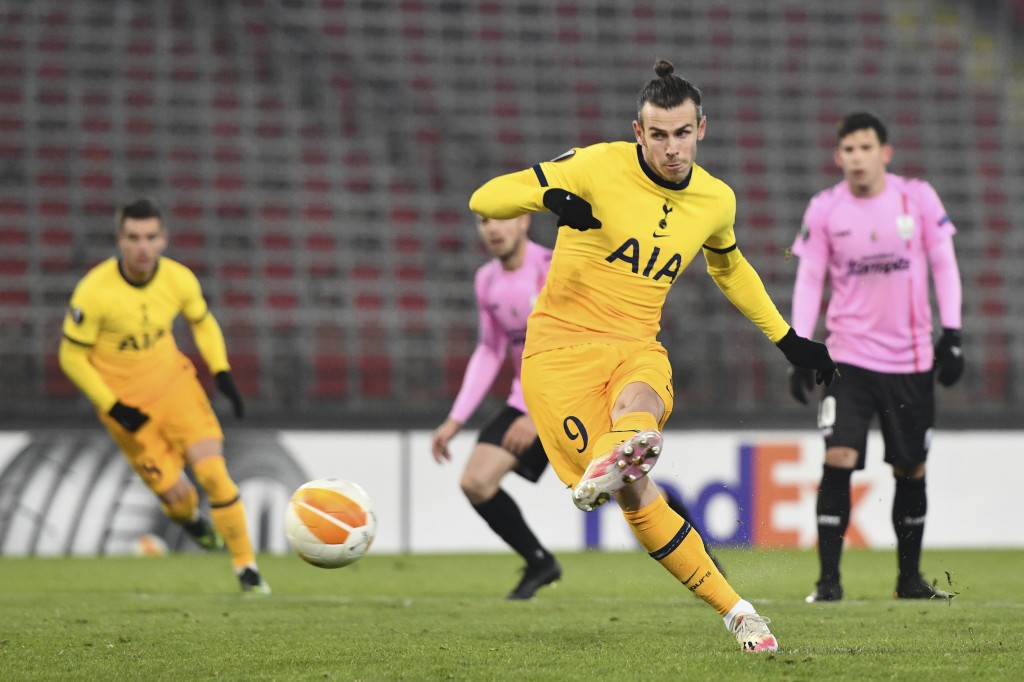 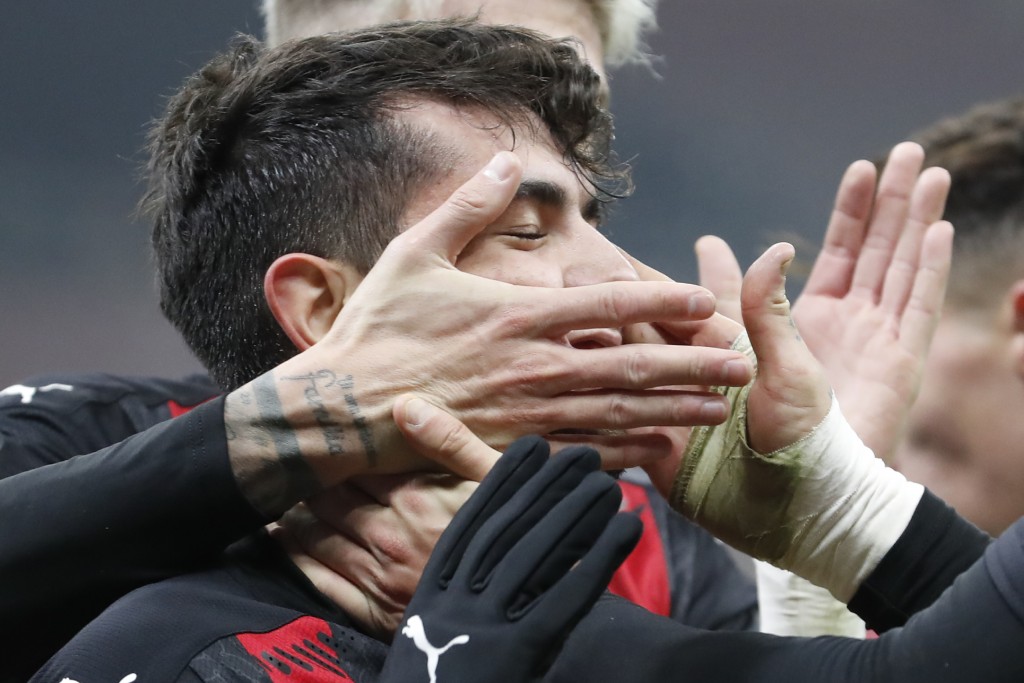 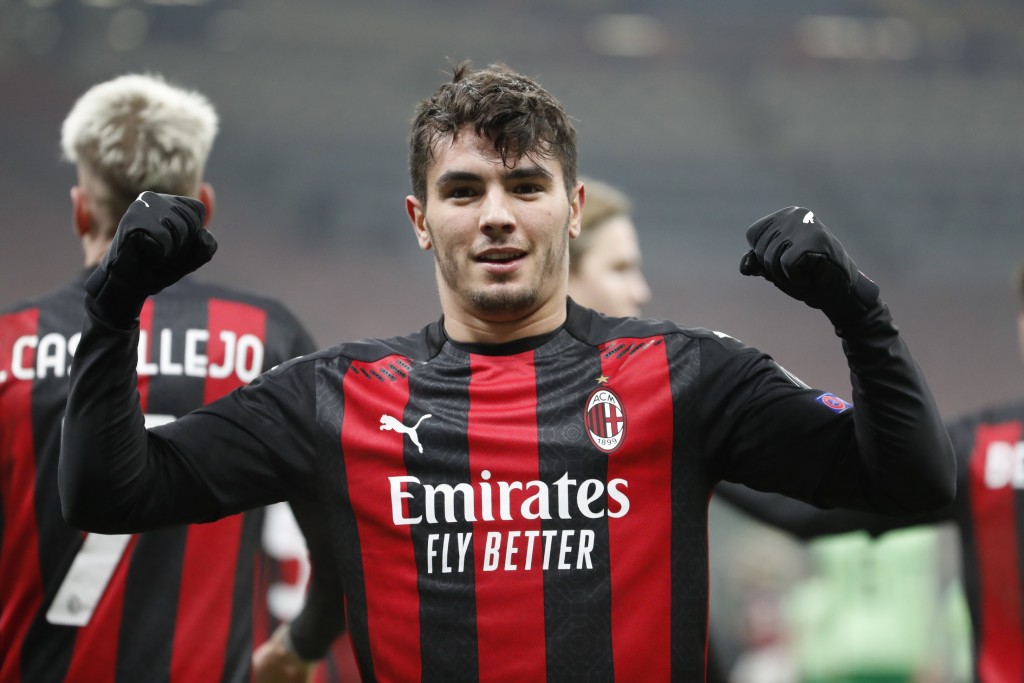 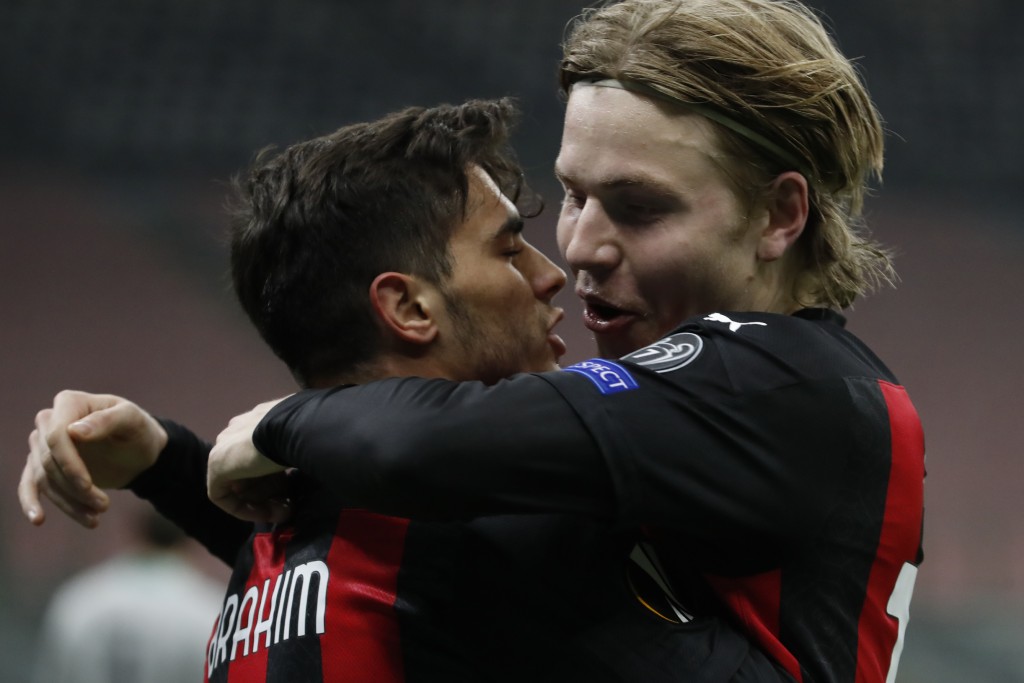 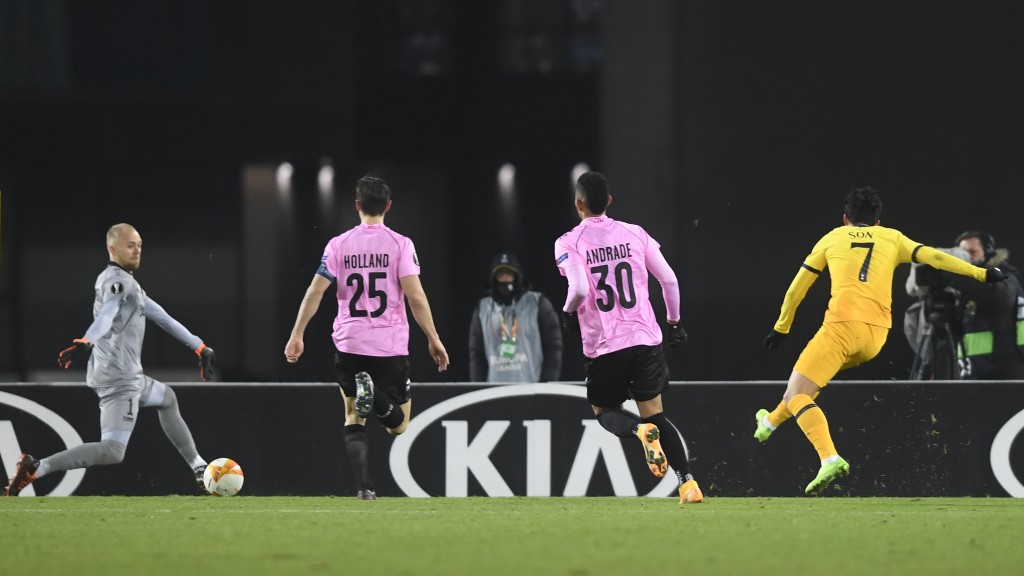 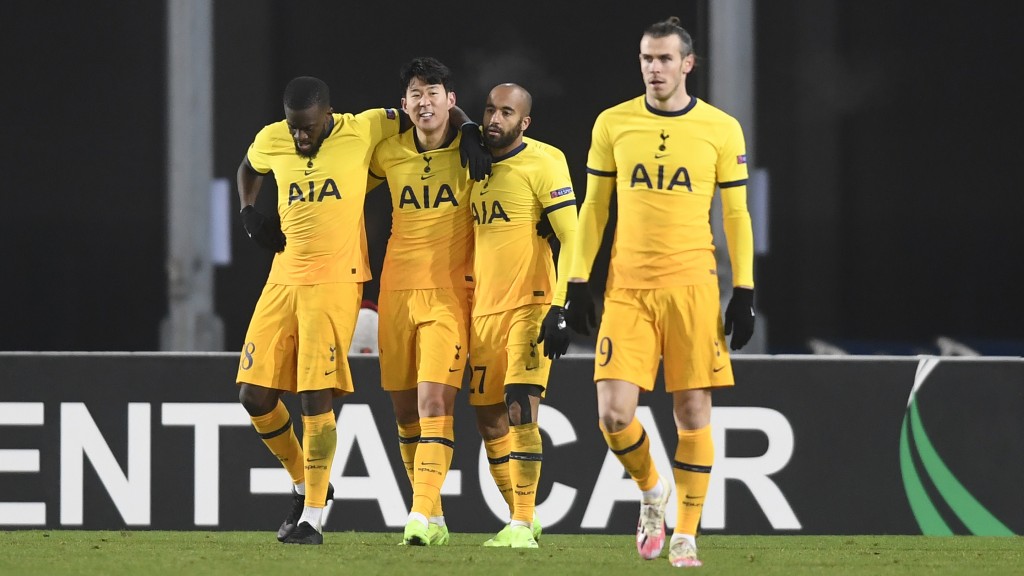 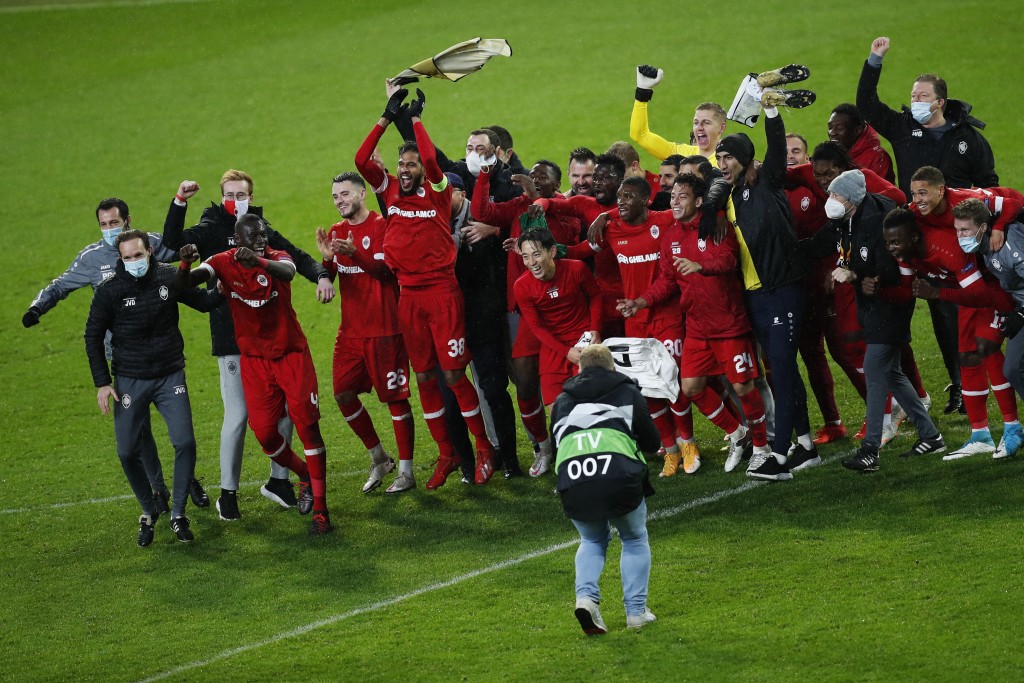 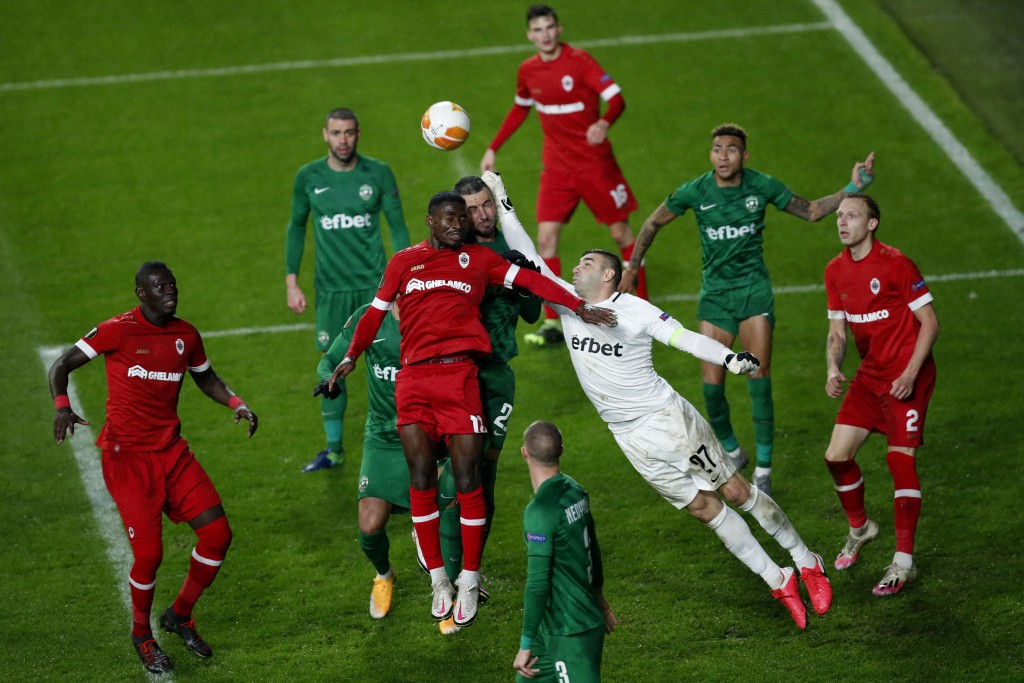 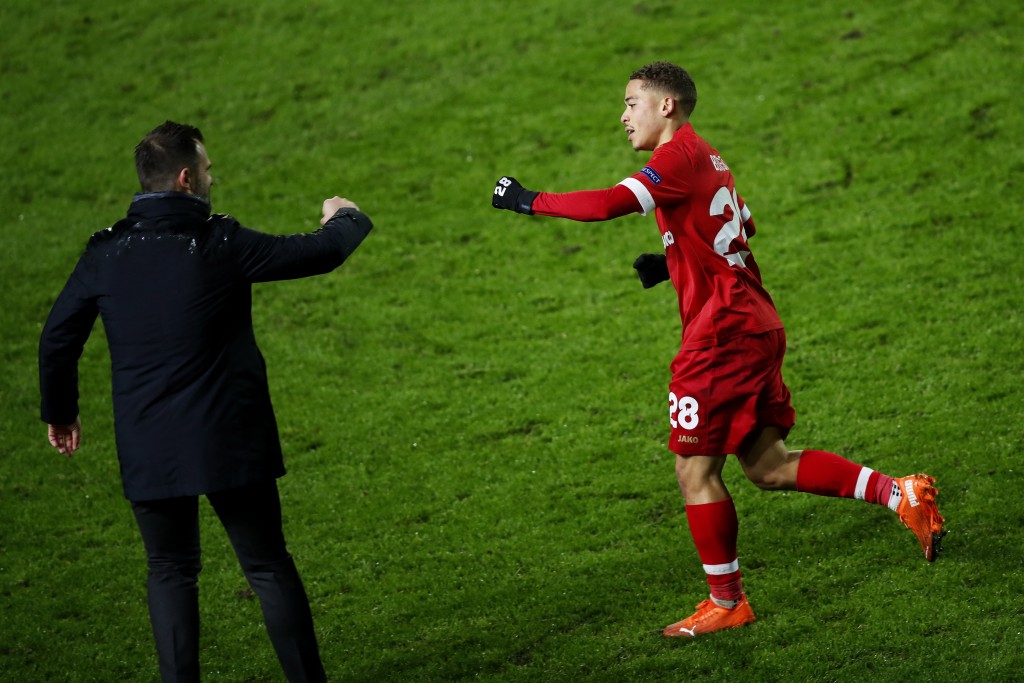 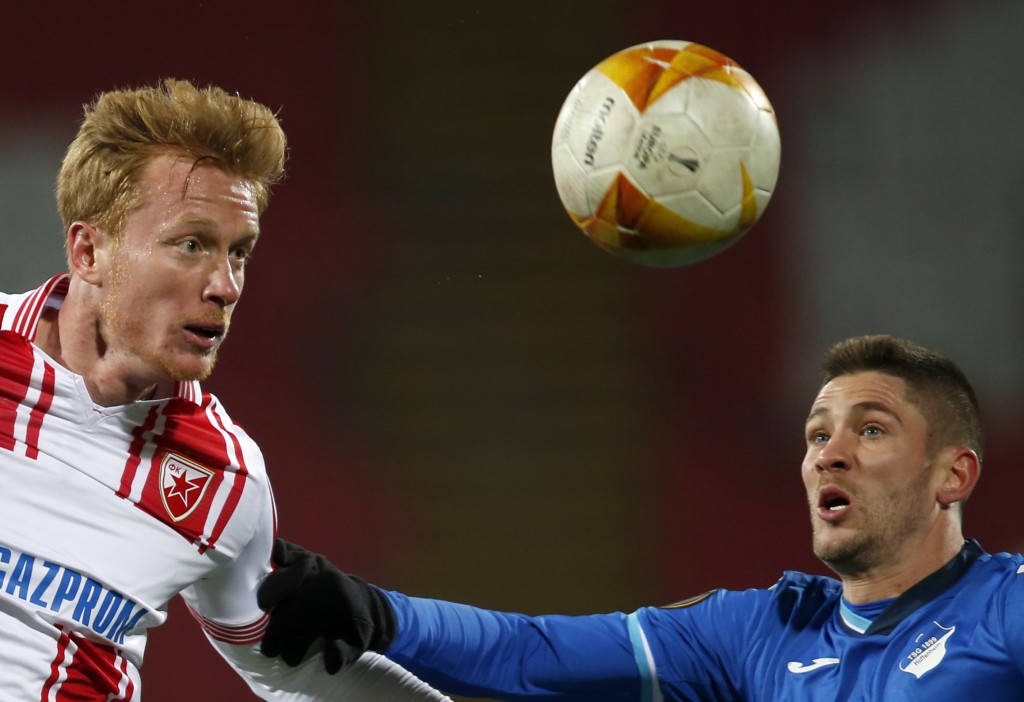 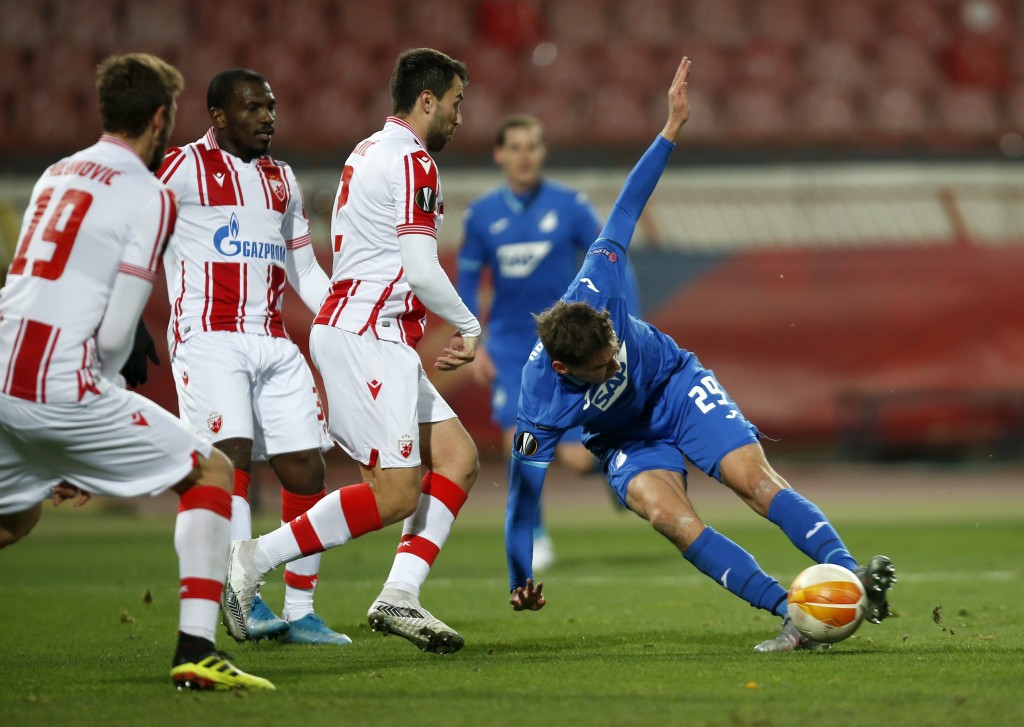 Associated Press (AP) — AC Milan came from two goals down to beat Celtic 4-2 on Thursday and qualify for the Europa League's knockout stage, while Tottenham advanced despite giving up a late equalizer.

Gareth Bale scored his first Europa League goal since returning to Tottenham from Real Madrid in the London club's 3-3 draw at Austria's LASK, which was enough to advance from Group J.

Celtic used an early scoring burst to take a 2-0 lead at San Siro but Milan came back almost immediately with two goals in two minutes.

Tom Rogić capitalized on a mistake by Rade Krunić to fire home the opening goal in the seventh minute after Celtic’s first attacking move.

Seven minutes later, Odsonne Édouard chipped the ball over Milan goalkeeper Gianluigi Donnarumma to stun the hosts again in front of the watching Zlatan Ibrahimović in the stands.

Hakan Çalhanoğlu started Milan’s comeback with a perfectly executed free kick 10 minutes later and the equalizer came shortly after with Samuel Castillejo hitting the roof of the net.

The Norwegian set up substituite Brahim Díaz to finish the scoring.

Burak Yılmaz came off the bench to score twice for Lille in a 2-1 comeback win over 10-man Sparta Prague that secured a place in the round of 32.

Lille leads Group H on 11 points, one point ahead of Milan. Sparta has six and Celtic one.

Tottenham needed just a point to advance but went 1-0 down in the first half through Peter Michorl’s strike from 25 meters (yards). Bale got the equalizer by sending goalkeeper Alexander Schlager the wrong way from the penalty spot and the Premier League leader took the lead after Tanguy Ndombélé set up Son Heung-­min for the second early in the second half.

LASK came back twice, though, first through Johannes Eggestein and then — after Dele Alli had netted another penalty for Spurs — with Mamoudou Karamoko’s equalizer in stoppage time.

Royal Antwerp beat Ludogorets 3-1 at home to top Group J on 12 points, with Tottenham on 10.

Vitor Tormena and Ricardo Esgaio scored in a two-minute span early in the first half to help Braga to a 4-2 win at AEK Athens and secure advancement.

Leicester, which was already through to the next round, lost 1-0 at Zorya Luhansk for its first defeat of the campaign but is tied with Braga atop Group G with 10 points.

A 1-0 away win at Sivasspor sent Villarreal through. The Spanish side leads Group I with 13 points. Maccabi Tel-Aviv, which drew 1-1 at Qarabağ, has eight, two more than Sivasspor.

Dinamo Zagreb advanced with a 2-0 away victory at Feyenoord. It tops Group K on 11 points. Wolfsberg won 1-0 at CSKA Moscow to sit second on seven. Feyenoord has five and CSKA three points.

Red Star Belgrade's 0-0 draw against Hoffenheim was enough to follow the Bundesliga side into the next round from Group L. Hoffenheim has 13 points, three more than Red Star.