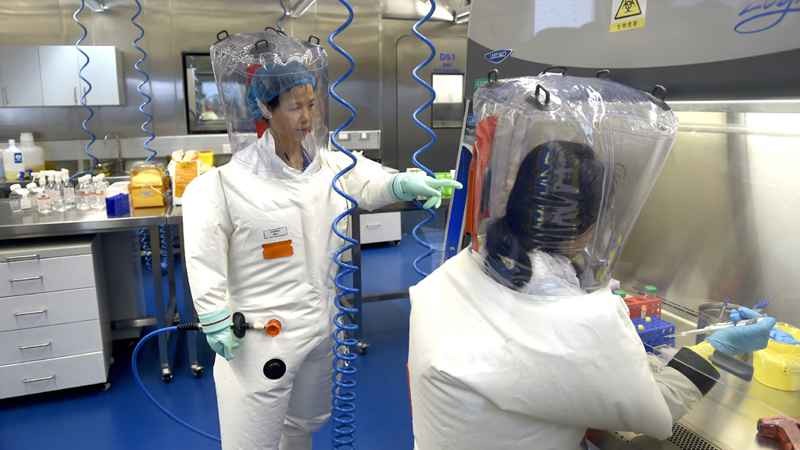 TAIPEI (Taiwan News) — As a growing number of scientists are expressing support for an investigation into the possibility that the Wuhan coronavirus leaked out of a Chinese lab, a Stanford microbiologist last week argued that such an inquest is essential to prevent future such calamitous accidents from happening again.

On Nov. 24, David A. Relman, an American microbiologist at the Stanford University School of Medicine, published an opinion piece in Proceedings of the National Academy of Sciences (PNAS) in which he called for a complete, international, and transparent investigation into the possibility that SARS-CoV-2, the virus which causes COVID-19, leaked out of a lab in China. Relman points out that the "origin story" of the coronavirus is still missing key details and that an objective analysis necessitates "addressing some uncomfortable possibilities," including a release from a lab.

In his op-ed, Relman mentions the possibility that the virus spread from bats to humans through natural mechanisms and then lists scenarios in which SARS-CoV-2 or a recent ancestor was placed in a lab where it was "knowingly or unknowingly, propagated" and genetically modified, before being accidentally leaked. In the first scenario, two or more undisclosed close ancestors of the virus had been discovered and were being researched in a lab.

As is technically possible, the scientists could have used one of the viruses to construct the SARS-CoV-2 backbone and spike protein receptor-binding domain and another to make the SARS-CoV-2 polybasic furin cleavage site. He said the next logical step would be a desire to test the properties of the chimera by replicating it.

Another possibility is the entire SARS-CoV-2 sequence had already been discovered from a bat sample and a viable copy of the virus had been created for experimentation before it was inadvertently released. He said the third and least likely scenario was the intentional design and release of the virus to deliberately inflict harm.

Relman pointed out that due to the lack of "available facts," none of the above-mentioned possibilities can yet be ruled out. He points out that neither the present lack of natural hosts — which could yet emerge — nor the possibility that the virus had been "recovered and studied, or deliberately recombined in a laboratory" should be ruled out.

The scientist stressed that if the infection was a result of bats transmitting the virus to humans, it must be known in order to prevent such infections in the future. Likewise, if the virus had escaped from a high Biosafety Level 4 lab, such as the Wuhan Institute of Virology (WIV), then it is essential to delve into "the chain of events and prevent this from happening again."

Relman noted that research has focused on the genome sequence for SARS-CoV-2 and its nearest officially reported relatives, RaTG13 and RmYN02. However, those viruses are not that close, and there is genomic evidence of inputs from different parental viruses.

Such recombinations among coronaviruses occur in nature, but they also can be implemented in research laboratories. The crux of the problem, according to Relman, is that the "immediate parent(s)" of SARS-CoV-2 are missing,

Relman concluded by stating that an investigation of the origins of the pandemic must have a number of qualities. It must involve: "relevant disciplines, expertise, and stakeholders; must achieve political neutrality, scientific balance, and [have] access to all relevant information and samples; and must operate with transparency and independent oversight." He said that anything less will fail to be "credible, trustworthy, or effective."

In response to an article purportedly debunking Yan Li-meng's (閻麗夢) claims that the virus was made in a Chinese lab, Kristian G. Andersen, a professor in the Department of Immunology and Microbiology at the Scripps Research Institute on Oct. 17 wrote on Twitter, "I'm not reluctant to investigating labs - in fact, I believe I have even suggested doing that." Eddie Holmes, an evolutionary biologist and virologist and professor at the University of Sydney then replied, "Completely agree Kristian. I'm not against it either, although I think it detracts from the key point that emergence is about the human interaction with the animal world."

On Dec. 2, Trevor Bedford, an associate professor at the Fred Hutchinson Cancer Research Center Vaccine and Infectious Disease Division, posted Relman's article on Twitter and wrote, "Short answer is that I don't (and never did) consider lab accident hypothesis a 'conspiracy theory' and believe it should be addressed scientifically."