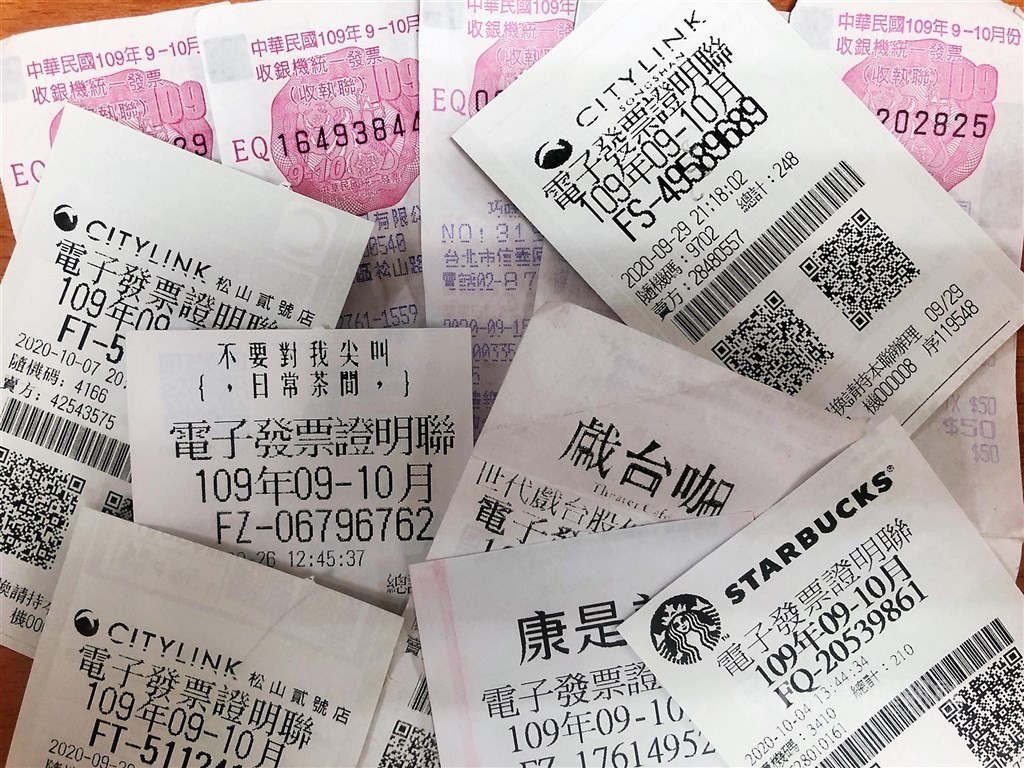 TAIPEI (Taiwan News) — A customer of a tea chain in northern Taiwan who bought a drink for a mere NT$35 (US$1.22) has won the NT$10 million special prize in the September-October issue of the Taiwan receipt lottery.

On Wednesday (Dec. 2), the Ministry of Finance (MOF) announced that for the September-October edition of the lottery, there were 10 winners of the NT$10 million Special Prize and 16 winners of the NT$2 million Grand Prize. Of the Special Prize winners, the majority had made modest purchases, with six receipts recording purchases of less than NT$100.

The winning receipt with the lowest amount was NT$35 for a tea beverage at ChangeCha (成助茶) on Fuxing Road in Taoyuan City. Among the 16 winning receipts for the Grand Prize, two lucky people struck it rich after only spending NT$15 at the Jian Guo Weekend Flower Market in Taipei's Da'an District and the Dream Mall in Kaohsiung.

In addition, there are currently as many as six unclaimed winning invoices for the Special Prize from the July-August issue of the receipt lottery. The least spent was NT$90 for a tobacco product issued by an OK Mart Taipei's Beitou District.

There are also still 10 unclaimed winning invoices for the Grand Prize in the July-August edition. As for the lucky winner who took the Grand Prize after spending the least, a customer at a 7-Eleven on Xinnong Street in Taoyuan's Yangmei District struck gold after purchasing a tea egg for NT$10.

As for the additional prize, there are two this time around: 651 and 341. Holders of receipts with the last three digits matching this three-digit number will win an NT$200 prize.