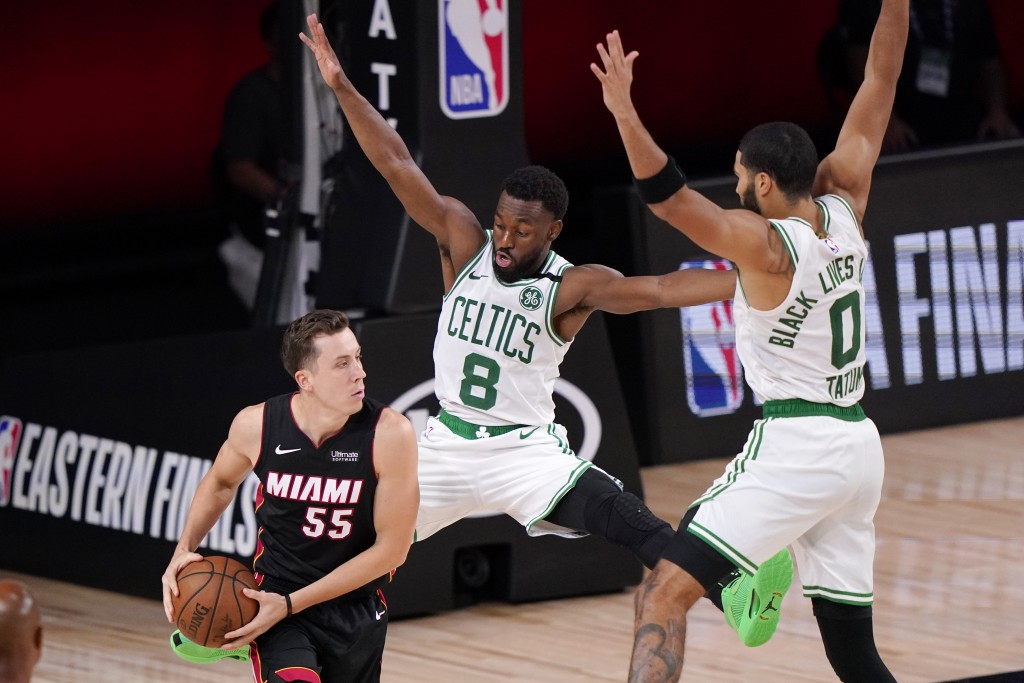 BOSTON (AP) — Boston Celtics point guard Kemba Walker said Wednesday that his left knee has responded well to a stem cell injection that is expected to keep him out until at least January.

“It’s definitely calmed my knee down a lot," Walker told reporters in a teleconference from the team's training camp. "Feeling really good right now. Just taking my time, trying to continue to feel good, get stronger.”

Walker missed a handful of games in February and then nearly had his first playoff run with Boston derailed when he tweaked the knee during workouts leading up to the resumption of the season in the bubble. He sat out two of the seeding games and played limited minutes in others.

After averaging 20.4 points and 4.8 assists — both down from his numbers during his three previous, All-Star seasons in Charlotte — he averaged 19.6 points and 5.1 assists during the postseason, when the Celtics reached the Eastern Conference finals.

“To be honest, it wasn’t good. I wasn’t myself," Walker said. “I played through it and I was able to get through it. ... It was tough, but you know a lot of guys are banged up. Everybody’s hurt. I try not to make excuses.”

Celtics president of basketball operations Danny Ainge said Tuesday that Walker is on a 12-week strengthening program and is expected to resume on-court activities in early December. Walker said he will not rush back before he is ready.