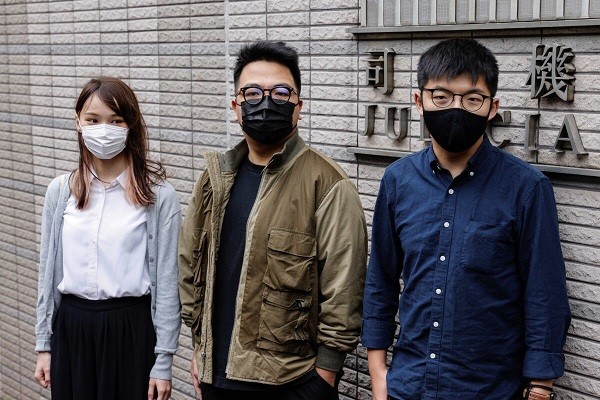 The three former leaders of the disbanded political group Demosisto were charged with unlawful assembly, which is punishable with up to five years, and inciting others to join a protest that saw thousands of Hongkongers surround police headquarters in June of last year to demand the withdrawal of a bill that would have allowed extradition to China.

All three plead guilty to the charges in court last week. Before his hearing, Wong proclaimed: "We will continue to fight for freedom - and now is not the time for us to kowtow to Beijing and surrender."

Wong and Lam each previously served brief stints in prison, but this will be Chow's first time to be incarcerated for a months-long term.