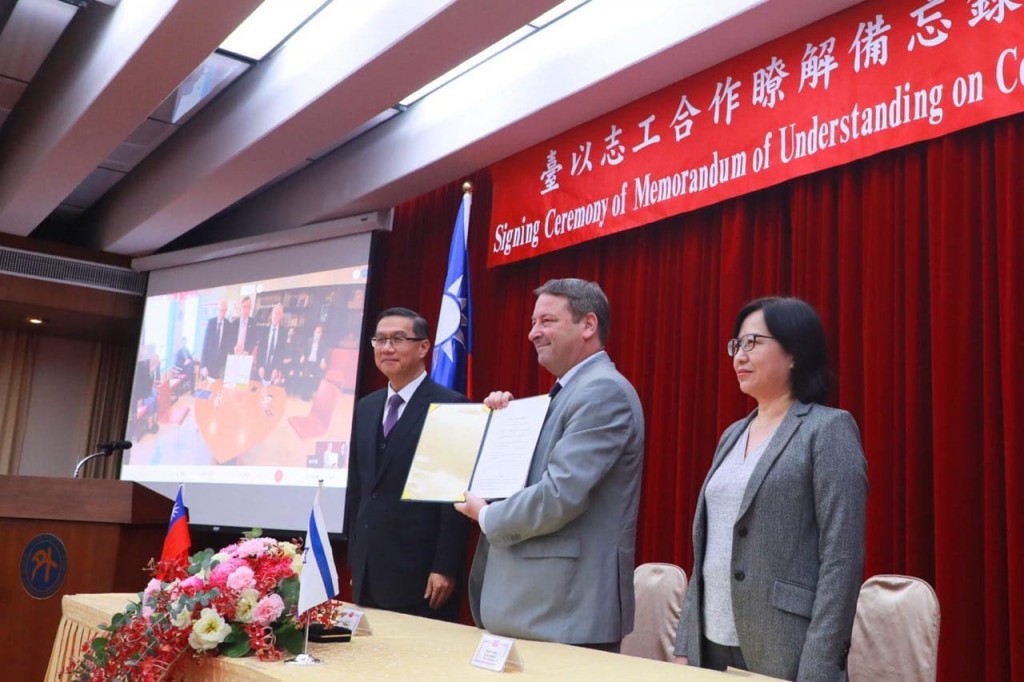 Deputy Foreign Minister Miguel Tsao (曹立傑) remarked that young volunteers are the best ambassadors for Taiwan. The agreement was made thanks to a joint effort from both sides, and it reflects the strong friendship between Taiwan and Israel and the countries' determination to cooperate, he said.

According to the Ministry of Foreign Affairs (MOFA), Caspi admires the Taiwanese authorities’ support for young people who engage in international affairs. The representative expressed hope that more and more young Taiwanese will sign up for voluntary missions in Israel.

Caspi also awarded certificates recognizing a number of young Taiwanese who had previously volunteered in the Middle Eastern country. According to MOFA, Israel has over the years received roughly 1,000 volunteers from 45 countries annually through a volunteer abroad program aimed at young people overseas.

The number of Taiwanese taking part in the program is among the highest in Asia, the ministry said. The volunteers usually serve in local social welfare organizations.

MOFA stated that with the MOU, Taiwan and Israeli will expand cooperation in the area of voluntary work and further deepen the bilateral partnership. The two countries have worked in close collaboration in a number of fields in recent years, including technology, education, and culture.

Lee Li-feng (李麗芬), deputy minister of Health and Welfare, said the memorandum is particularly meaningful as Taiwan will mark the 20th anniversary of the Volunteer Service Act in 2021. The piece of law provides a legal foundation for volunteering.