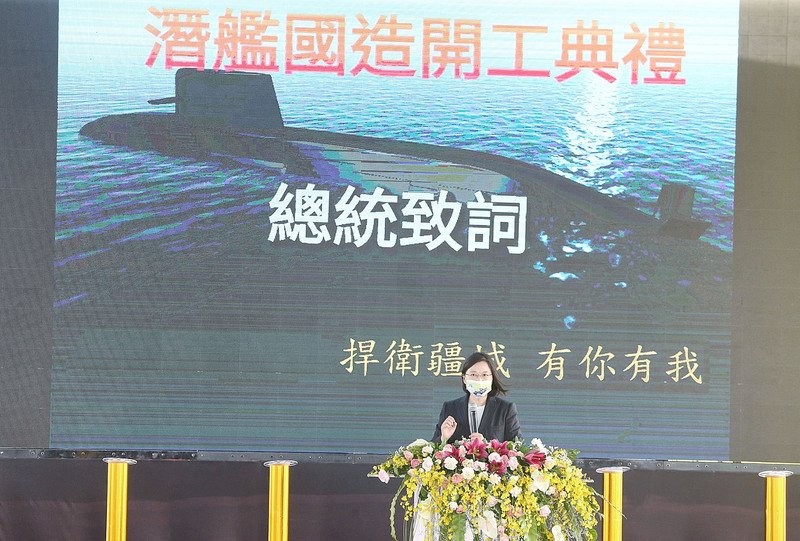 Supplies for submarine construction have been labeled red if they are unable to be developed domestically, yellow if they are difficult to obtain but manufacturable in Taiwan, and green if they can easily be developed in the country.

The National Chung-Shan Institute of Science and Technology (NCSIST), which is overseeing the submarine project in partnership with the Taiwanese Navy and CSBC Corporation, went further and named January as the date for the delivery.

NCSIST officials made the statements at the Legislative Yuan, which failed to agree on cuts for the NT$10.5 billion (US$368.79 million) submarine budget listed for 2021.