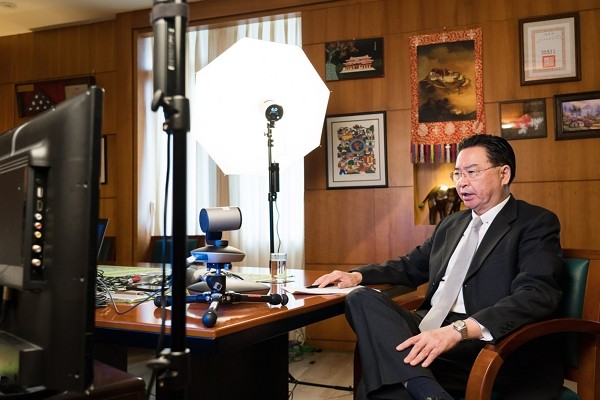 According to the Ministry of Foreign Affairs (MOFA), Wu appeared on Australia's ABC News on Monday (Nov. 30) to discuss the recent China-Australia quarrel with host Stan Grant. The two covered topics ranging from cross-strait tensions to Taiwan's relations with Australia and the U.S.

In the interview, Wu expressed regret over China's trade sanctions against Australia and said Taiwan has been a victim of Beijing's economic pressure over the last few decades. He stressed that its increasing aggression has threatened the stability of the Indo-Pacific region.

Wu said Taiwan remains on the frontline of China's "outward expansionism" despite President Tsai Ing-wen's (蔡英文) responsible and peaceful approach to cross-strait relations. He added that the Taiwanese government is seeking to team up with Australia and other like-minded democracies against Chinese intimidation.

Wu also pointed out that ties between Taiwan and Australia have grown closer, which is evident by Australia's open support of Taiwan's inclusion in the World Health Assembly (WHA). He proposed that the two countries sign an economic cooperation agreement to enhance bilateral trade.

In regard to Taiwan-U.S. relations, Wu expected both major American political parties to continue their support of Taiwan. He said Taiwan's representative to the U.S. Hsiao Bi-khim (蕭美琴) recently spoke with U.S. State Secretary nominee Antony Blinken on the phone and was confident the bilateral partnership will continue, reported CNA.