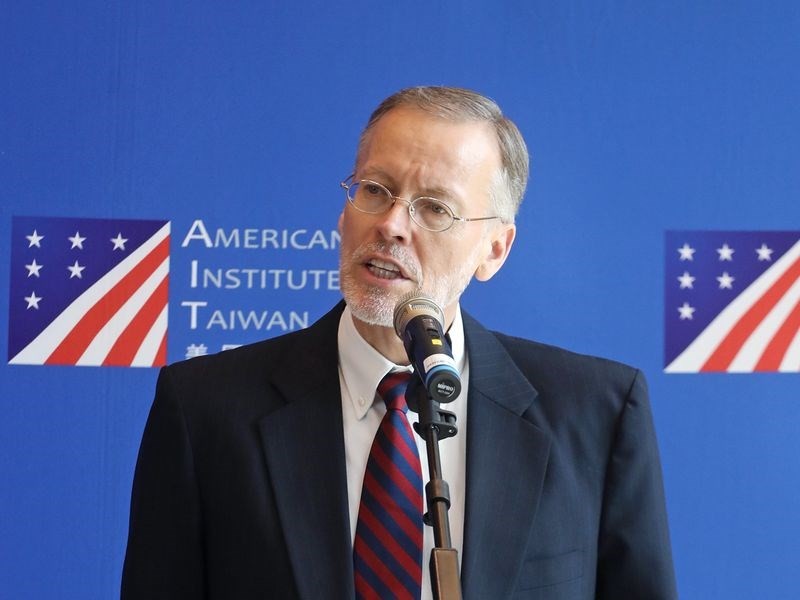 TAIPEI (Taiwan News) — A U.S. congressional panel on Tuesday (Dec. 1) called for the status of the director of the de facto U.S. embassy in Taiwan to be upgraded to a level on par with an ambassador.

In its annual report to Congress on Tuesday, the U.S.-China Economic and Security Review Commission (USCC), a bipartisan group that monitors, investigates, and reports on the national security implications of Sino-U.S. relations, called on Congress to assess opportunities to strengthen economic cooperation with Taiwan in key areas and to upgrade the position of American Institute in Taiwan (AIT) director to a level similar to that of an ambassador.

The 587-page report focused on issues such as strategic competition between the U.S. and China, alternative global norms and standards promoted by Beijing, China's power projection and expeditionary capabilities, Taiwan, and Hong Kong. In the Taiwan section, the report pointed out that 2020 is a crucial year for cross-strait relations.

It observed that China has imposed the National Security Law in Hong Kong and increased military operations in areas adjacent to Taiwan, which proves that Chinese leaders are determined to implement political goals while ignoring existing commitments. The country also does not appear to be concerned about the reputational costs incurred by breaching these promises, the authors stated.

According to the document, this year's events have shown the urgency of Washington's current discussions about whether the U.S. should change its long-term Taiwan policy and whether China's annexation of Taiwan might affect American national security interests.

On the economic front, the report pointed out that the foundation of U.S.-Taiwan economic relations began to change in 2020 and that the two sides have taken major steps to upgrade bilateral economic exchanges. For example, President Tsai Ing-wen lifted restrictions on imports of American meat containing ractopamine, thus removing a long-standing source of friction in bilateral trade relations.

The Trump administration announced the launch of a new Economic and Commercial Dialogue with Taiwan, focusing on supply chain security and other issues. The report called on Congress to explore ways to bolster economic relations with the East Asian country, such as providing special reciprocal opportunities, with technology as the initial area of focus.

In addition, the report also calls on Congress to encourage the executive branch to include Taiwan in multilateral efforts to strengthen supply chains and security, such as by expanding the U.S.-Taiwan Global Cooperation and Training Framework (GCTF) or establishing a new multilateral arrangement with like-minded democracies.

The report stated that such a multilateral framework should focus on protecting relevant key inputs and ensuring supply chain resilience in strategic industries that are vital to economic competitiveness and national security, including information and communications technology, integrated circuits, and electronic components.

In the field of diplomacy, the report called on Congress to consider legislation to raise the status of the director of the AIT Taipei Office to a position nominated by the U.S. president and subject to confirmation by the Senate. According to the U.S. Constitution, the president has the right to select candidates for ambassadorial positions, but the Senate must confirm the nominees.

Although the director of the AIT office is essentially equivalent to an ambassador to Taiwan, the post is currently appointed by the U.S. Secretary of State and does not require the approval of the Senate.