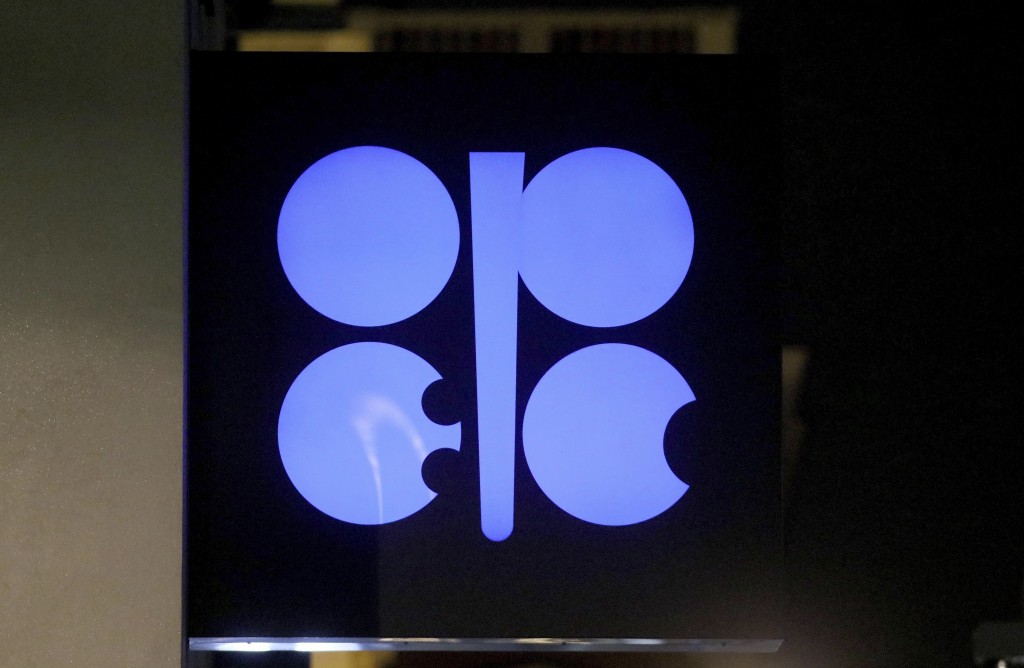 FRANKFURT, Germany (AP) — The OPEC oil producers' cartel was to push ahead with a new round of discussions Tuesday about how much oil to pump next year as countries wrestled over whether to extend production cuts to support prices depressed by the pandemic.

Members adjourned a videoconference after a first day of deliberations Monday ended without an agreement. They also put off from Tuesday to Thursday a meeting with non-OPEC oil producers like Russia, who have been coordinating their actions with the cartel in recent years to increase their influence.

Oil producing countries face a difficult situation. The pandemic has sapped demand for fuel across the economy, which induced them to cut back production this year to keep prices from sagging even more than they have. Yet the lower production means less revenue for governments that depend on oil sales to fill state coffers.

And the outlook for demand is mixed across the globe; economies in the U.S. and Europe have been disrupted by a second upsurge in coronavirus infections, while activity and travel in China have rebounded more strongly.

The sag in demand has been reflected in lower prices to consumers for auto fuel in the U.S. Gasoline prices at the pump dipped well below $2 per gallon in many parts of the country in May as the pandemic took hold, and have remained flat after a mild rebound. The U.S. average was $2.12 as of Nov. 30, down 45 cents from the same week a year earlier but little changed from this summer, according to the U.S. Energy Information Agency.

Analysts at UniCredit bank said the oil producing countries were likely to agree to extend this year's production cuts of about 7.7 million barrels a day.

“In our view, the delay should not be a concern and we still expect the current curbs to be extended into the first quarter of 2021,” they said, adding that it is not unusual for OPEC meetings to last longer than scheduled and virtual discussions slow the negotiation process.

“Moreover, both Saudi Arabia and Russia – the two leaders of the group – favor an extension of the cuts and this should be enough to square the circle and finalize the deal on Thursday.” Saudi Arabia tends to take a leadership role within OPEC, while Russia is the biggest non-OPEC country to coordinate with the cartel.