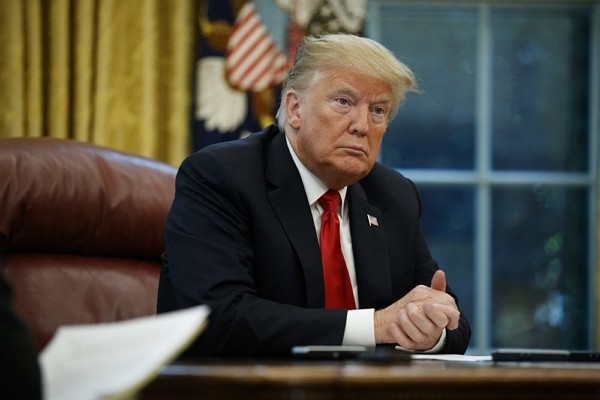 TAIPEI (Taiwan News) — U.S. President Donald Trump could make a surprise visit to Taiwan before he leaves the White House in January, according to an editorial published by the Japanese newspaper Yukan Fuji on Monday (Nov. 30).

In an article featured on the front page of the newspaper, Japanese veteran political commentator Masahiro Miyazaki said he believes that Trump will conduct a series of surprising moves before handing over control to U.S. President-elect Joe Biden. He said it is unlikely that Trump will win his election challenges in the coming weeks but will make sure his policies on major global issues do not get reversed by the Biden administration.

Miyazaki claims Trump is determined to complete all "unfinished promises" in the last few days of his tenure, including a possible trip to Taiwan. He stressed that the visit, if completed, would rewrite the situation and force Biden to take a stance on cross-strait issues.

Miyazaki noted that Trump has dramatically shifted U.S.-China relations over the last four years, supported Taiwan through arms sales, and arranged visits by American officials. He said "a bold visit" by Trump to Taiwan would be a huge blow to the Chinese Communist Party (CCP) and give hope to people being persecuted in Hong Kong, Tibet, and Xinjiang.

However, Miyazaki pointed out that Trump's visit would only be half as effective if it were to take place after Biden's inauguration. He also cited the remarks of an anonymous former U.S. government official that a Taiwan trip would be a good finishing touch to Trump's tenure and that it can also be carried out by U.S. Vice President Mike Pence or Secretary of State Mike Pompeo.