TAIPEI (Taiwan News) — President Tsai Ing-wen (蔡英文) on Tuesday (Dec. 1) expressed her wish to continue strengthening ties with the U.K., especially in the fields of energy, health, and trade.

Tsai met with British representative to Taiwan Catherine Nettleton on Tuesday morning, the day before the envoy’s departure from the post. The president thanked her for her contributions to the Taiwan-U.K. relationship over the past four years.

The two countries have established formal channels for talks regarding cooperation on smart cities, energy, and agriculture during Nettleton’s tenure in Taipei, Tsai noted. In the meantime, mutual visits of high-level officials between Taiwan and the U.K. have also increased, she added.

Tsai pledged to further enhance cooperation with the U.K. on combatting the coronavirus and promoting green energy. The two countries have already had exchanges on coronavirus responses.

"We look forward to working together to meet the challenges in the post-COVID era," said Tsai.

Speaking about energy transition, the president expressed hope that the U.K., which will host the 2021 United Nations Climate Change Conference, or COP 26, next November, will support Taiwan’s participation. This would allow both countries to further bilateral cooperation in the area of energy transition, she observed.

Taiwan has a history of taking part in U.N. climate talks. Officials from relevant government agencies have usually formed a group, which then joined the talks as an NGO.

Taiwan has in recent years partnered with the U.K. and Nordic countries on developing offshore wind power as part of the Tsai administration’s plans to gradually reduce reliance on nuclear and coal-fired energy. In her meeting with Nettleton, Tsai stressed that offshore wind energy will remain one of the central collaborations between the two countries in the years to come. 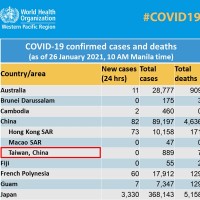