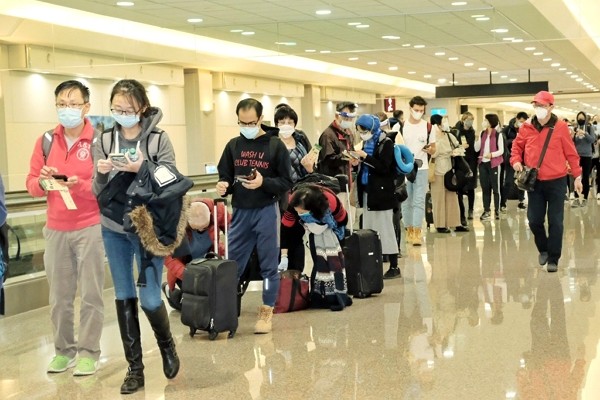 TAIPEI (Taiwan News) — A Taiwanese woman who flew back to Taiwan despite having been diagnosed with the coronavirus in the U.K. could face a maximum fine of NT$150,000 (US$5,254), the Central Epidemic Command Center (CECC) said Monday (Nov. 30).

During a press conference Monday afternoon, Health Minister and CECC head Chen Shih-chung (陳時中) announced 24 new imported coronavirus cases, bringing the total number of confirmed coronavirus cases in Taiwan so far to 676. Case No. 654 is a Taiwanese woman in her 20s who went to the U.K. for university in September of last year.

The woman began developing a runny nose and fever and lost her senses of smell and taste on Nov. 7. She did not seek medical treatment in the U.K., but she underwent a coronavirus test and was diagnosed on Nov. 13.

When she returned to Taiwan on Nov. 27, she voluntarily reported her coronavirus symptoms to the medical staff at the airport but intentionally omitted her positive test result. After her test at the airport also came back positive, she admitted that she had actually been confirmed with the disease two weeks earlier.

Chen said the woman had put the health of the Taiwanese public at risk by lying about her diagnosis and boarding the plane without requesting a special seating arrangement. He said she could be fined between NT$10,000 (US$350) and NT$150,000 for violating the Communicable Disease Control Act, reported CNA.

According to CECC guidelines, Taiwanese nationals who have tested positive while overseas can only return to Taiwan two months after the onset of symptoms. They are also required to present the results of two negative PRC tests conducted at least 10 days after they begin experiencing symptoms.