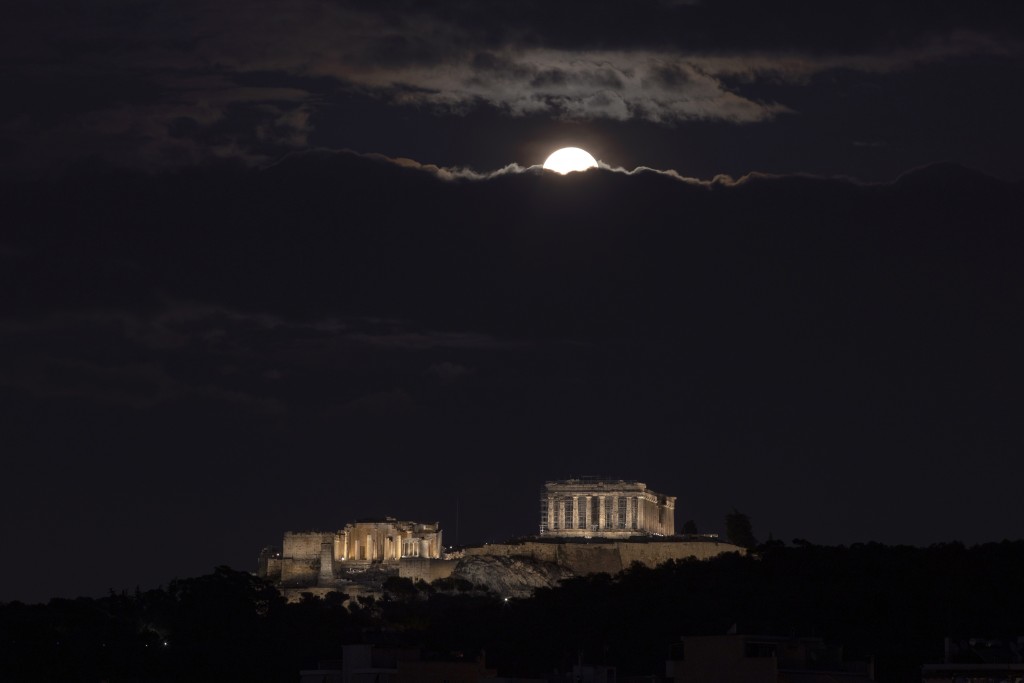 ATHENS, Greece (AP) — The International Monetary Fund said Monday that Greece's huge public debt remains sustainable in the medium term despite “unprecedented uncertainty” to all sectors of the economy because of the pandemic.

Following completion of a new round of monitoring discussions with Athens, the IMF said Greece's economy is expected to contract 9.5% this year before expanding 5.7% in 2021. The public debt will reach a record high 208% of gross domestic product this year before decreasing to 199% in 2021 — compared to an already high 181% in 2019.

The IMF, together with Greece's European bailout creditors, continues to monitor the economy beyond the end of the acute 2010-2018 financial crisis and rescue loan program that kept the country afloat after it lost access to international markets.

It said the medium-term economic recovery would be “supported by a recovery in private consumption, investment linked to privatization and the first tranches of (European Union) grants, and higher goods exports.”

The IMF added that the rise in public debt vulnerabilities would be mitigated by the EU funds and the government's sizeable cash buffer, “resulting in an adequate repayment capacity.”

It said the pandemic brings “unprecedented uncertainty and downside risks to all sectors of the economy, amplified by Greece's crisis legacies.”

“The main risks arise from a prolonged pandemic that would derail the anticipated rebound in tourism, and a significant deterioration of bank balance sheets,” the IMF said.

Tourism accounts for up to a fifth of Greece's economy, but has been clobbered by the pandemic this year.

Monday's statement also commended the Greek government for its response to the pandemic, which, it said, “has been swift, sizable, and appropriately targeted at hard-hit households and businesses.”