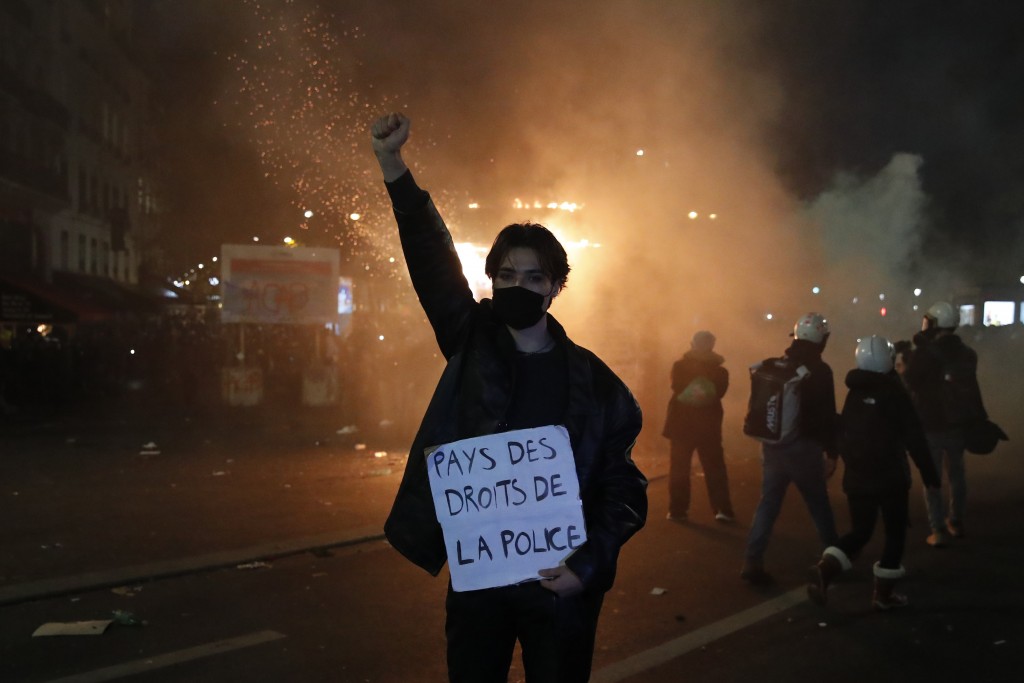 PARIS (AP) — Lawmakers from French President Emmanuel Macron’s party will rewrite the most criticized article of a proposed security law, involving a measure aimed at banning the publication of images of police officers with intent to cause them harm.

The move comes after tens of thousands of protesters marched Saturday in Paris and across the country to reject the draft law.

In an apparent effort to quell criticism, the head of Macron's party grat the National Assembly, Christophe Castaner, said Monday “there is a need to clarify the measure.”

“We are going to propose a new, complete rewrite of the article 24,” he added.

In its current version, the article of the proposed law criminalizes the publishing of images of police officers with the intent of harming their “physical or psychological integrity.” Anyone found guilty could be sentenced to up to a year in jail and fined 45,000 euros ($53,000).

The bill, championed by Macron’s party, was first voted on at the National Assembly last week. It is expected to be debated in the Senate early next year.

The government said the measure is needed to better protect police officers from online calls from violence.

Critics fear that if enacted, the law would impinge on freedom of information and media rights. They also say that it could restrict the public from filming police in cases that could be considered abuse or police brutality.