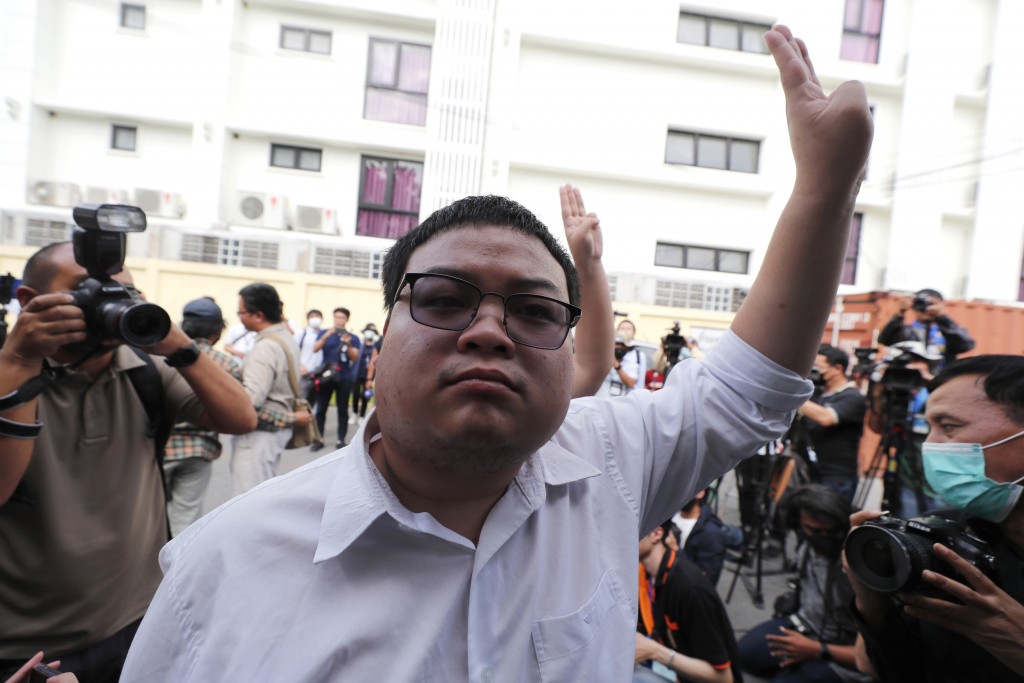 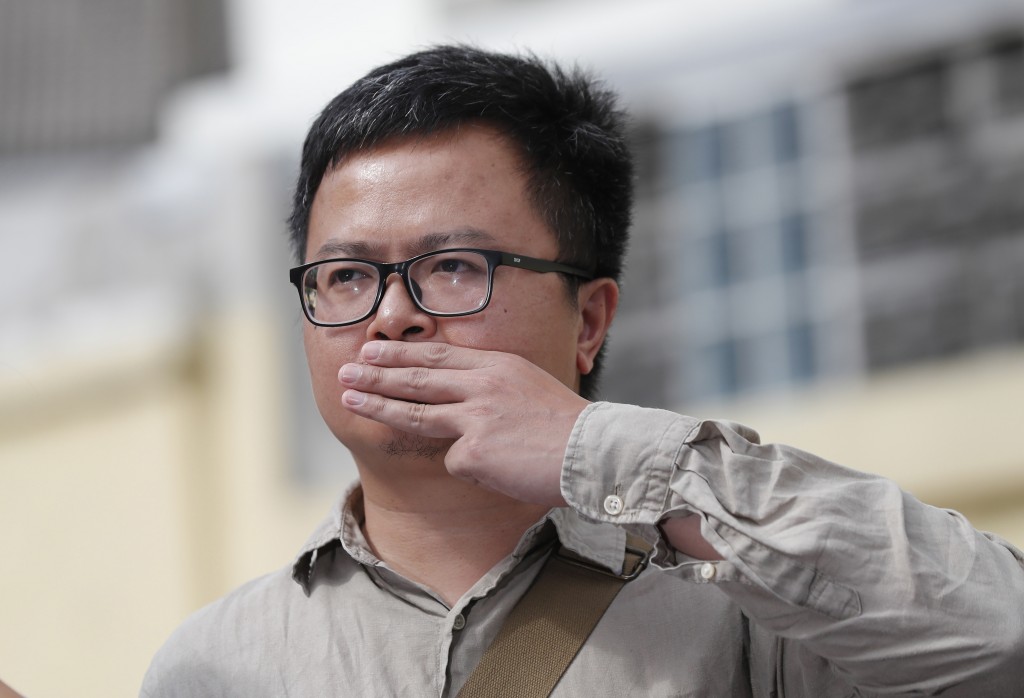 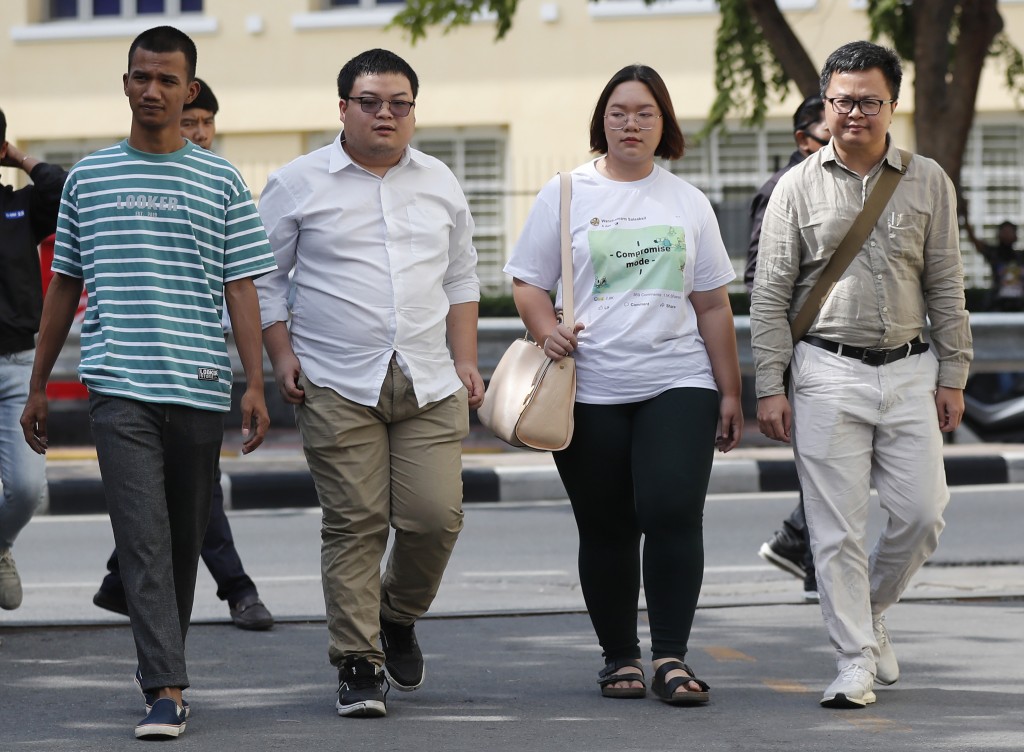 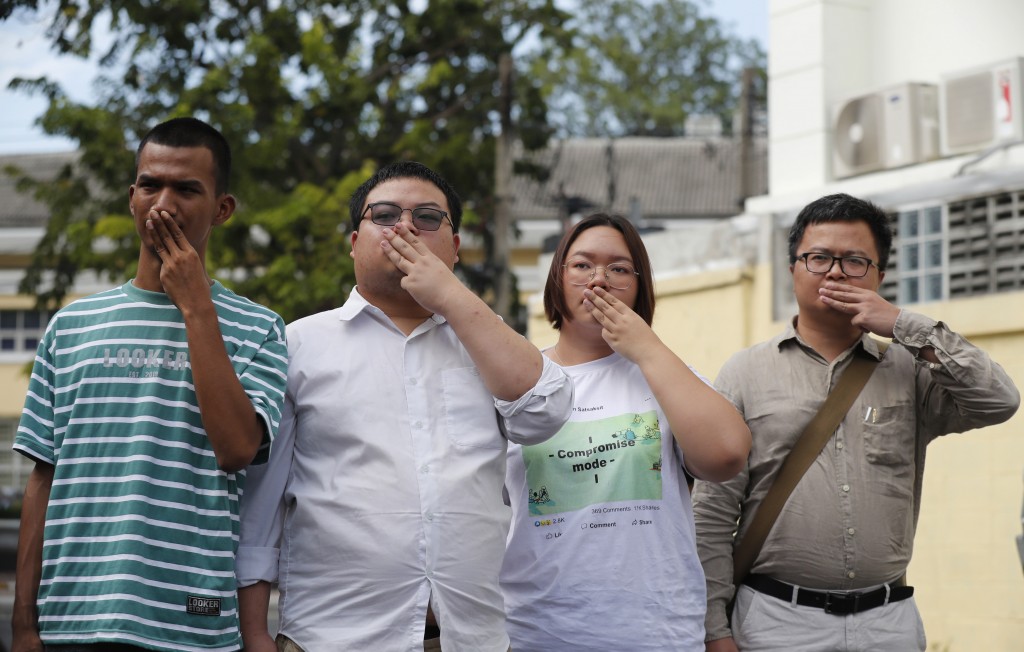 BANGKOK (AP) — Five leaders of Thailand’s pro-democracy movement reported to police Monday to acknowledge charges that they defamed the king, the most serious of many offenses of which they stand accused.

The five are part of the student-led movement that for several months has been campaigning for Prime Minister Prayuth Chan-ocha and his government to step down, the constitution to be amended to make it more democratic and the monarchy be reformed to make it more accountable.

The demand about the monarchy is the most radical and controversial, because by tradition the institution has been considered untouchable, the bedrock element of Thai nationalism. It is considered taboo to publicly criticize the monarch, and insulting or defaming key royals is punishable by up to 15 years in prison under a lese majeste law known as Article 112.

The protest movement has nevertheless emphasized reform of the monarchy as a key demand, and made it the theme of several of its protest rallies, which have attracted thousands of people. They believe the king holds too much power in what is supposed to be a democratic constitutional monarchy.

"When people criticize the monarchy and they listen, people will consider them open-minded. But if they use 112 to shut our mouths, not only Thai people but also the world will know they are afraid of the truth,” Parit Chiwarak said to reporters ahead of reporting to police. “This won’t stop our movement. On the contrary, it will make more people join us.”

Article 112 is controversial, because anyone — not just royals or authorities — can lodge a complaint, so it in the past had been used as a weapon in political vendettas. But it had not been employed for the past three years, after King Maha Vajiralongkorn informed the government that he did not wish to see it used. The king has not publicly commented on the law since then.

But after a protest last week included crude chants and graffiti that could be considered derogatory of the king, Prayuth declared that the protesters had gone too far and could now expect to be prosecuted for their actions, including with charges under Article 112. While protest leaders have faced dozens of charges over the past few months, they have generally been freed on bail, and none have yet come to trial.

Despite Prayuth’s threat, protest leaders have continued to include strong criticisms of the monarchy at rallies.

The other four who reported Monday to Bangkok’s Chana Songkhram police station were Arnon Nampha, Panusaya Sithijirawattanakul, Panupong Jadnok and Patiphan Luecha. Patiphan, a traditional folk singer also known as Patiwat Saraiyaem, served 2 1/2 years in prison after being arrested under Article 112 in 2014.

Most of the protest leaders face multiple charges already, ranging from blocking traffic to sedition, which is punishable by up to seven years in prison.

Anon, a lawyer, said he was indifferent about being charged under Article 112, because it is an “unjust law.”

“If we speak the truth and they stop us with 112, it reflects how abnormal this law and this country are,” he said.

Also reporting to police Monday were Benjamaporn Nivas and Lopnaphat Wangsit, leaders of the mockingly self-named Bad Students group of secondary school students, which seeks major reforms in education and supports the broader aims of the pro-democracy movement as well.

They are accused of violating a state of emergency decree that was briefly in effect in October by taking part in a rally in central Bangkok.