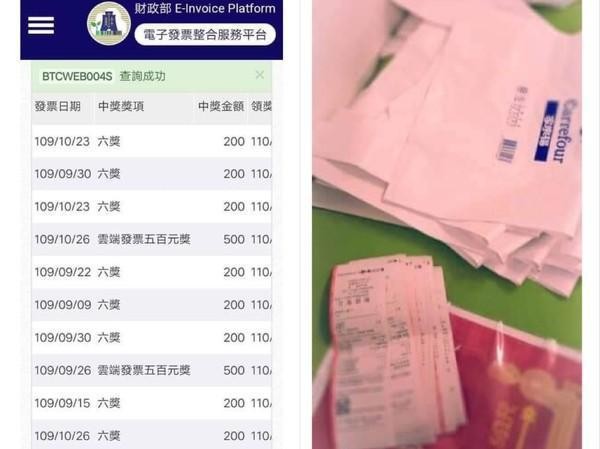 TAIPEI (Taiwan News) — A Taiwanese man has received criticism from netizens for bragging about winning NT$10,000 (US$350) from the Taiwan Receipt Lottery after purchasing 4,600 plastic bags separately to boost his odds of winning.

A Taiwanese man in Kaohsiung recently boasted on social media that had won the Taiwan Receipt Lottery's Third Prize, which is worth NT$10,000, after purchasing 4,600 plastic bags for the price of NT$1 each to boost his chances of winning. His post soon went viral on the Facebook page Baoyuan Commune 2.0 (爆怨公社2.0) and triggered a heated debate among netizens about the fairness of his tactic.

The man wrote that over the course of two months, he had purchased shopping bags at numerous locations each day. In the September-October draw of the lottery, he found that he held the winning receipt for the Third Prize, which after tax actually comes to NT$7,960.

His deliberate purchase of cheap items in order to horde receipts led many netizens to complain that it had reduced their own chances of winning. Others wrote that it would not affect the odds of winning and that spending NT$4,600 to make NT$10,000 was not worth the trouble.

In response to the incident, the Ministry of Finance (MOF) stated that according to current uniform invoice regulations, as long as a purchase takes place, the vendor must issue a receipt. The ministry said that there is currently no way to prevent consumers from making mass purchases to hoard receipts but emphasized that such incidents are rare, reported ETtoday.

The MOF stated that it currently does not believe it necessary to amend the receipt lottery regulations to prevent such behavior. However, it pledged that it would ask the Kaohsiung National Tax Administration to investigate the incident.