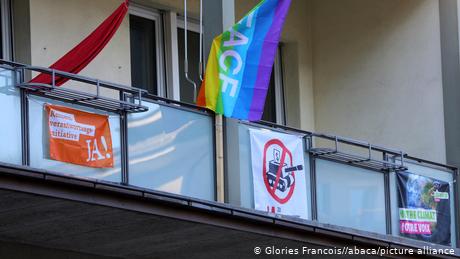 A Swiss civic group referendum that would see 29,000 multinationals adopt strict global liability rules has failed, despite backing from half the population.

The initiative titled "Responsible companies — to protect people and the environment'' won a narrow majority of votes on Sunday, with 50.7% percent backing it and 49.3% against, but failed because a majority of the country's cantons, or states, came out against it.

Nearly a quarter of all jobs in the Alpine republic are linked to Swiss-based global enterprises such as Nestle, Novartis, Glencore and Roche.

A second referendum on curbing bank and pension fund investments in or lending to Swiss defense firms was headed for defeat by 58% of voters, said exit pollsters.

Under Switzerland's direct democracy system, proposals need to win both a majority of votes cast and of cantons to pass.

Bern's initiative would require "due diligence" but no global liability as sought by RBI campaigners, who faced government assertions of going too far.

The RBI would have extended Swiss company liability over human rights abuses and environmental harm caused aboard, including for subsidiaries.

Parliamentarian Christa Markwalder described the pre-referendum debate as "the most aggressive campaign I've ever experienced in my 20 years in politics."

She had opposed the RBI initiative but had wanted a stronger counterproposal.

Since 2014, a United Nations working group based in Geneva has been drafting what could become an internationally binding treaty to regulate transnational corporations over human rights and environmental crimes.

Another campaigner, Friends of the Earth International, has demanded an end to "corporate impunity" abroad.