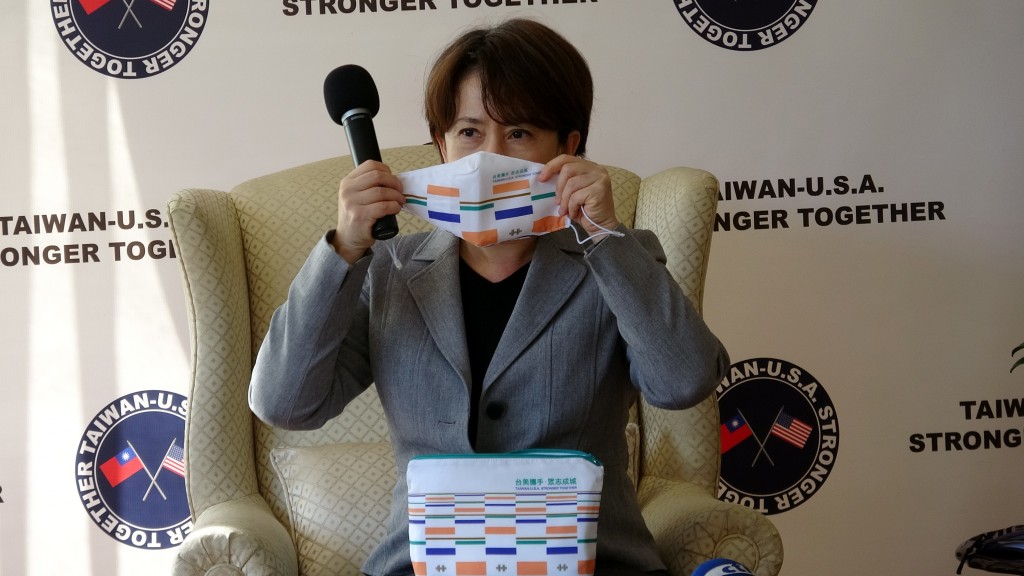 All remaining staff at Taiwan's representative office in the United States and their family members will undergo COVID-19 tests by Nov. 30, after nine more confirmed cases have been reported in the office in D.C. earlier this week, the office said Saturday.

The tests are scheduled to be completed by that day in an attempt to see whether the infection has spread, according to the office.

Meanwhile, members of the nation's Defense Mission to the U.S. will also be required to take the test next week even though the mission is operating from a separate building, the office said.

It reported its first COVID-19 infection cases on Oct. 22 when a male staff member and his wife tested positive for coronavirus.

The staff member has already returned to work after he was quarantined and treated. He has taken tests that showed two negative results.

On Nov. 18., the spouse of another staff had tested positive for COVID-19. The staff member is currently undergoing 14-day home quarantine even though that person's test result came back negative.

On Nov. 24, the representative office reported two other coronavirus confirmed cases. One of them has so far shown no symptoms while the other has only mild symptoms, including headaches and a dry mouth.

Due to the increasing number of confirmed cases, the office had arranged its staff and their family members to take rapid coronavirus tests on Nov. 25 if they wish to do so.

Among the 59 people who were tested, nine of them came back with positive results. Of the nine, two are staff's spouses.

Currently, 23 members of the office that have had contacts with confirmed cases are undergoing 14-day home quarantine, including Taiwan's representative to the U.S. Hsiao Bi-khim (蕭美琴).

Hsiao, who had contact with some of the infected staff members, took the test on Nov. 25 and the result came back negative. The office has around 200 staff members.

After consulting with Taiwan's Central Epidemic Command Center, the office is also scheduled to have some of the confirmed cases that have so far shown no symptoms take the PCR test. The results will take a few days to become available but that test will be more accurate than rapid antigen tests, officials said.

With the increasing number of confirmed cases, the office's consular hall has temporarily closed until further notice and the consular services are currently being processed by mail only.

The remaining staff are working in rotating shifts, while wearing surgical face masks at all times.