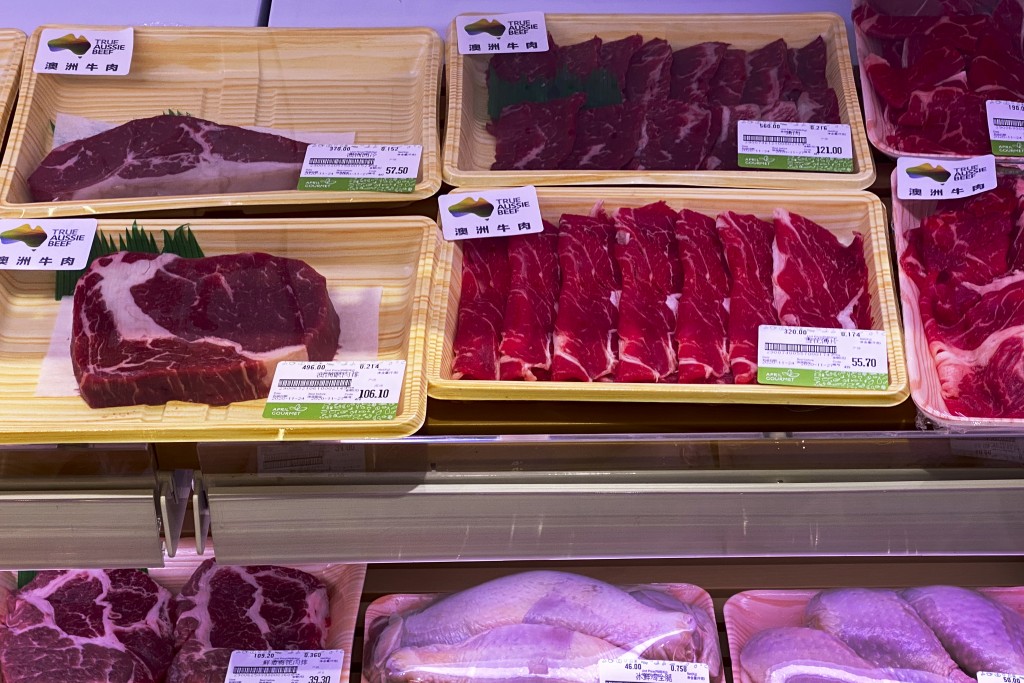 BEIJING (Reuters) - In a supermarket in downtown Beijing, refrigerator shelves normally filled with steak from around the world sit empty as tougher testing for the novel coronavirus creates supply bottlenecks and raises prices for importers.

Fresh supplies of beef won’t arrive for days, a salesman at the Suning.com-owned Carrefour outlet told Reuters - if then. That’s a big setback for the industry at traditionally one of its busiest times of the year.

“Whether we can get supplies then, and how much, remains a question,” said the sales person, who declined to be identified as he was not allowed to talk to media.

Suning did not immediately respond to a request for comment.

China began testing batches of imported chilled and frozen meat and seafood for the coronavirus in June, but significantly ramped up its inspections early this month after port workers in several cities tested positive for COVID-19, the disease caused by the virus.

The new measures, which include testing much more product than before and additional disinfection, are raising costs for importers while adding time and layers of red-tape in an industry used to working at speed to guarantee freshness.

The move is especially hurting the booming beef trade, worth $8.65 billion last year and growing rapidly, as some importers cut purchases on rising costs and weaker demand caused by consumers’ coronavirus worries.

Though China says the risk of shoppers catching the virus from chilled foods is low, officials said this week there is still a risk of infection, particularly for handlers who repeatedly come into contact with the outer packaging of imported cold-chain food.

In Tianjin, northern China’s most important port for meat shipments, the trade has come to a virtual halt, after a worker tested positive for the coronavirus earlier this month.

Warehouses were ordered to test all frozen meat before it could be shipped to the market, and no new product can enter, three importers told Reuters.

Three out of five supermarkets in Beijing visited by Reuters this week were short of beef.

A salesperson at Meat Mate, a restaurant and retailer selling chilled Australian beef, said it now needs to place orders three months in advance, instead of one previously, to deal with the delays. Nobody at Meat Mate’s headquarters could be reached for comment.

Growing concerns about catching COVID-19 from frozen product has dented demand too.

“Orders for imported beef have halved for us as our clients have got concerned about COVID recently,” said a beef trader in Tianjin.

“They ask us when the products were shipped and whether they have been tested when placing the orders. We have been selling lots of domestic products lately,” she added.

Testing and the additional time product sits in warehouses has driven up costs for importers by as much as 200%, traders said.

A beef importer based in southwestern China said he has reduced imports to less than one quarter of the volumes of previous years even as China enters its peak demand season ahead of the New Year and Lunar New Year holidays.

“What if your cargoes get hit (with the virus)? It will be huge trouble. I’d rather import less,” said the importer surnamed Fu.

With more domestic meat being produced and the local economy also slowing due to the global coronavirus pandemic, beef demand was already taking a hit, said Grace Gao, manager at Goldrich International, a beef importer in Dalian.

Many beef importers have also had to deal with the impact from souring trade relations with key beef supplier Australia.

After cutting back on Australian purchases, Fu is now reducing imports from other origins too, including Brazil, Argentina, and Belarus.

“This year has been really miserable,” he said.