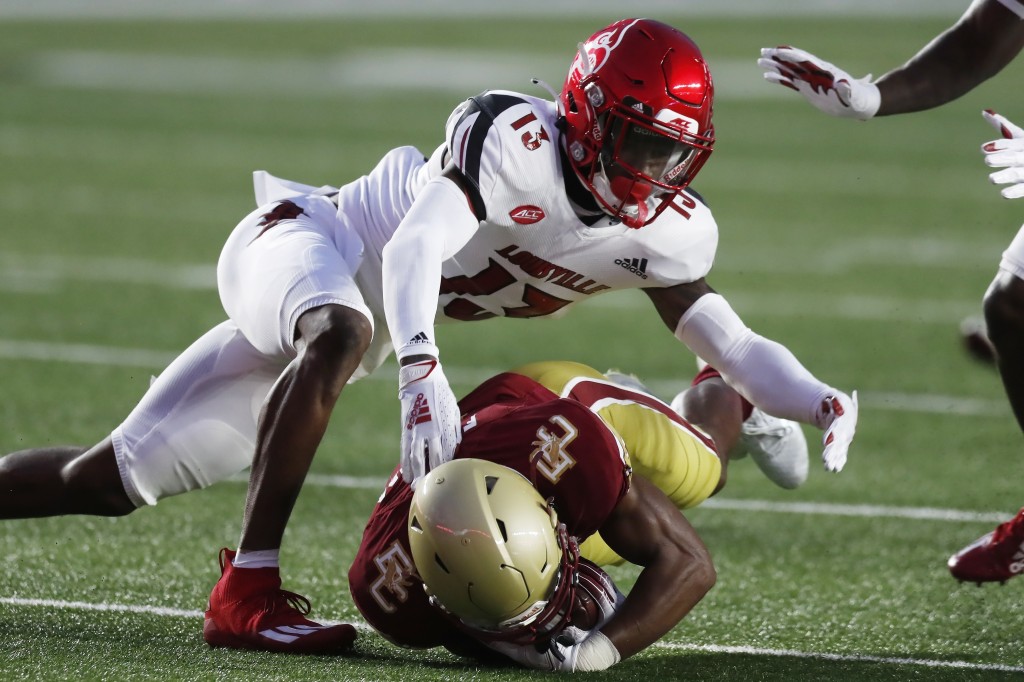 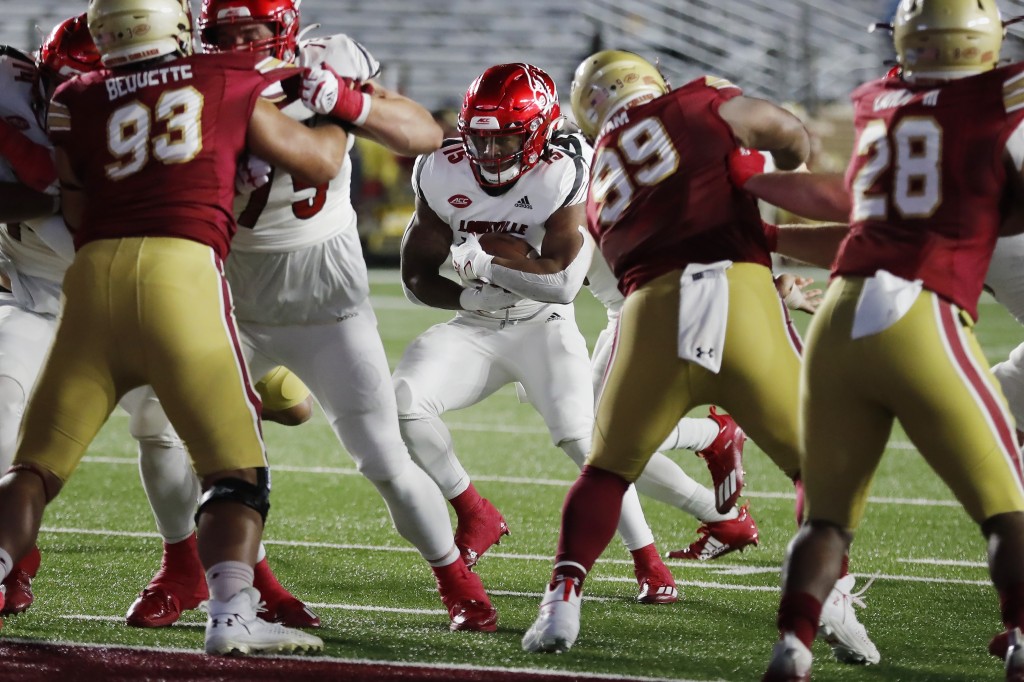 BOSTON (AP) — Backup quarterback Dennis Grosel threw for two touchdowns after starter Phil Jurkovec was hurt, and David Bailey ran for two scores before he left with an injury on Saturday as Boston College beat Louisville 34-27.

Jurkovec completed 15 of 19 passes for 203 yards before the pocket collapsed around him in the third quarter and knocked him out of the game. The Notre Dame transfer spent the rest of the game with his left knee wrapped on the sideline, joining Bailey, who had an unspecified injury.

Bailey ran 10 times for 53 yards, and Zay Flowers caught seven passes for 87 yards for the Eagles.

Malik Cunningham threw for 294 yards and ran for 133 more for Louisville (3-7, 2-7). After Grosel hit Jehlani Galloway from 21 yards out to make it 34-20 with just under five minutes remaining, Cunningham connected with Dez Fitzpatrick on a short pass-and-run for a 69-yard score.

Boston College went three and out, and Cunningham was moving the Cardinals before Jahmin Muse tipped a pass at the line of scrimmage and defensive lineman Shita Sillah intercepted it at the Louisville 47.

Cunningham finished 19 for 31, with two touchdowns and an interception, hitting Fitzpatrick eight times for 182 yards.

Cunningham was also tended to on the field after taking a hard hit following a 20-yard run to the BC 2 late in the first half. He left the game and Evan Conley replaced him for the next play, a 2-yard touchdown run by Jalen Mitchell.

Cunningham returned for the Cardinals’ next possession.

Louisville: Turnovers were a problem again. The Cardinals, who entered the game fourth-worst in the nation with 18 turnovers, fumbled the ball away on back-to-back first-half possessions, leading to 13 BC points. They had three giveaways in all.

BC: The Eagles won despite finishing the game without their starting quarterback and running back.

Louisville: Off the next two weekends before playing Wake Forest on Dec. 19. The game was originally scheduled for Dec. 5, switched to Saturday, and then moved to Dec. 19 to make room for the BC game.

BC: Wraps up the season against Virginia next Saturday.