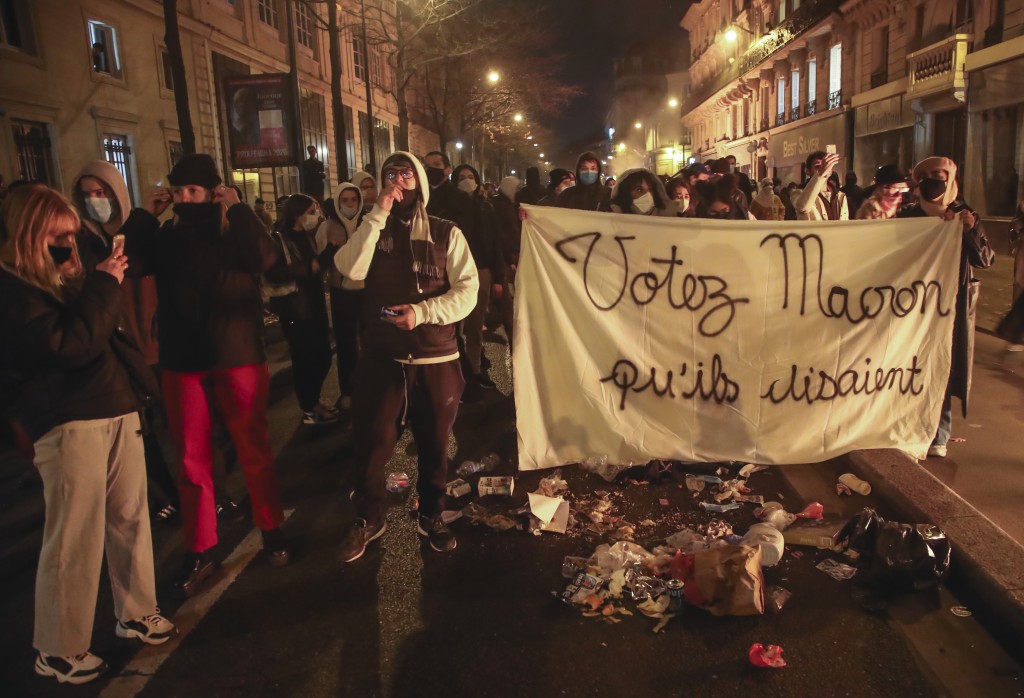 PARIS (AP) — Critics of a proposed French security law that would restrict sharing images of police are gathering across the country in protest on Saturday.

Dozens of rallies are taking place against the controversial bill, which was approved by the lower house of Parliament this week but still awaits a green light from the Senate.

Civil liberties groups and journalists are concerned that the measure will stymie press freedoms and allow police brutality to go undiscovered and unpunished.

The cause has gained renewed importance in recent days after footage emerged of French police officers beating up a Black man, triggering a nationwide outcry.

French President Emmanuel Macron spoke out against the video images on Friday, saying “they shame us.”

Macron’s remarks were his first since apparently unwarranted use of force by police was spotlighted. Video that surfaced Thursday showed the beating, days earlier, of music producer Michel Zecler, following footage of the brutal police evacuation Tuesday of migrants in a Paris plaza. The officers involved in the beating of Zecler were suspended pending an internal police investigation.

Article 24 of the new bill criminalizes the publishing of pictures of on-duty police officers with the intent of harming their “physical or psychological integrity.” Anyone found guilty could be sentenced to up to a year in jail, and fined 45,000 euros ($53,000).

Critics have branded it authoritarian, fearing the vaguely worded law could be broadly applied.

Protesters calling for the article to be withdrawn say it goes against their democracy’s “fundamental public freedoms.”

Prime Minister Jean Castex announced Friday that he would appoint a commission to redraft Article 24, but backtracked after anger from lawmakers. The commission is now expected to make new proposals by early next year on the relationship between the media and police.