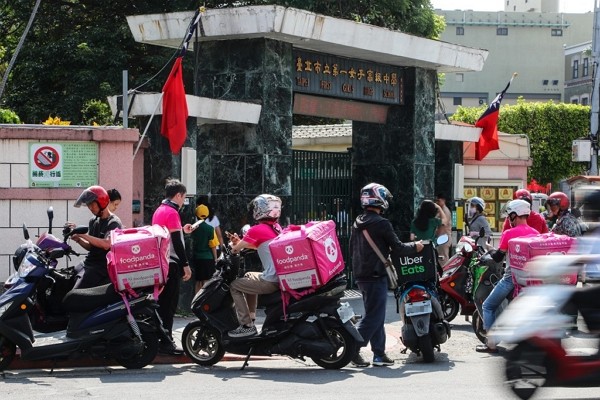 TAIPEI (Taiwan News) — The global COVID-19 pandemic has created an ideal environment for online food-delivery companies, with the number of orders in Taiwan skyrocketing during the first six months of the year.

Even though restaurants in Taiwan have remained open for most of the pandemic, the number of food-delivery orders in the first two quarters of 2020 more than tripled compared to the same period last year. A total of NT$5.57 billion (US$195.3 million) in credit card spending on food-delivery services was recorded between January and June, according to the National Credit Card Center (NCCC).

NCCC data shows that more than 6 million transactions were made on food-delivery apps in April alone, a sevenfold increase from the same month last year. About 4.4 million and 4.5 million orders were also made in May and June, respectively.

Orders for less than NT$200 (US$7) accounted for 60 percent of the total of deliveries in the first six months, a significant jump from 44.7 percent a year earlier. Meanwhile, the percentage of orders valued between NT$201 and NT$500 saw a 10 percent drop.

Taiwanese economics analyst Ding Fan (丁凡) pointed out that Taiwan's food-delivery market is still in the growing stage and that it is mainly controlled by the two foreign-funded giants Foodpanda and Uber Eats. She said smaller companies, such as Cutaway, have managed to stay competitive through differentiation.

Ding noted that many traditional shopping and travel sites, including Shoppe, inline, and Klook, have also begun offering food-delivery options. She said the companies are looking at cooperating further with restaurants and helping them develop new menu concepts, reported CNA.