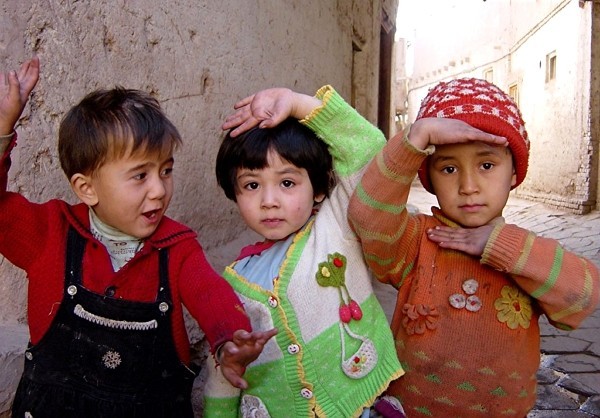 Concentration camps. Forced labor. Forced sterilizations. Torture. These are the words that keep appearing in connection with the Uighurs, a Turkic ethnic group that resides primarily in East Turkistan — or as the Chinese regime calls it, Xinjiang Uighur Autonomous Region.

The Uighur people are victims of genocide, and these crimes against humanity come into even more brutal focus on days like World Children’s Day, which was last Friday (Nov. 20).

On a recent trip to Turkey with Campaign For Uyghurs, our team had the opportunity to meet with a group of Uighur youths living in Istanbul. Perhaps "living" is a generous term, as they are just scraping by.

They face enormous economic hardships and trauma as a result of the genocide of their people. When we use this term, genocide, it is not just a political term.

The word carries the weight of individual stories, stories that when they come cascading down, often overwhelm the listener to the point of disbelief.

One boy I spoke with shared that his brother had been taken to the concentration camps because he visited him in Turkey. That was it, he said. He spoke of this matter-of-factly, his eyes dark.

As I heard from many youths that day about their hopes, dreams, and needs, it became apparent that several of them were not responding to the conversation. Instead of making eye contact, their gazes were fixed on their hands, twisting in their laps.

At the end of our time together, a volunteer passed paper and pencils to the group, instructing them to write down their names and phone numbers, so we could get in touch with them.

Several of the young men sitting at the table dejectedly passed the paper along. Their eyes were sunken in their faces, and there was no life in them.

When pressed, they stated quietly that, in fact, they did not have homes. They were sleeping in internet cafes when they could scrape up the 15 Turkish lira (NT$0.54) to pay the entrance fee.

The entire time they relayed their stories, they kept their eyes fixed downward. Their parents were gone, victims of the Chinese regime’s camps.

The feeling of dehumanization was palpable. I couldn’t breathe as I stared at their faces. The feeling of anger over their circumstances made me feel ill.

It was the same feeling that I had when staring at the face of a man in a meeting earlier in the week, trying desperately to recall if we had met before, his face was so familiar. My boss whispered in my ear, “Father of a missing child,” and it hit me with sickening clarity.

I had seen his face on a news report about missing Uighur children. This was the man who had been trying desperately to reunite with his kids after his wife went missing in one of the camps. And he is just one of tens of thousands in the Uighur diaspora who can tell such stories and have experienced the pain of missing family members.

Nov. 20 was World Children’s Day and a timely occasion to be exposed to the realities of the Chinese regime and the genocide that is going on in Xinjiang.

It has been a horrific failure of the United Nations, as it has allowed China to control the narrative on global human rights, setting a dangerous precedent for the entire world. We cannot forget the more than 500,000 Uighur, Kazakh, and other Muslim children who have been placed in Chinese state-run orphanages while their parents are in concentration camps.

This attempt to socially engineer the Uighur identity so that it disappears will fail. In the process of failing, however, the human cost is unbearably high.

I am a mother, and I will attest to this fact: the Chinese regime is creating enemies out of those who never wanted to be such. It is bringing great shame to China as a nation.

The pain of this Uighur generation can never be erased. But we must all see to it that the lessons of seeing the Chinese regime’s true character revealed are not in vain. Julie Millsap is the Communications Director for Campaign For Uyghurs, a Washington D.C.-based NGO that advocates for the human rights and democratic freedoms of the Uighur and other Turkic peoples oppressed by the Chinese regime. She lived in China for 10 years, and started her advocacy work after witnessing how the Uighurs were treated. She now lives in the United States. 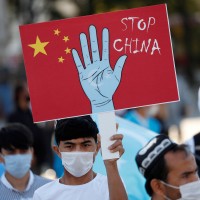