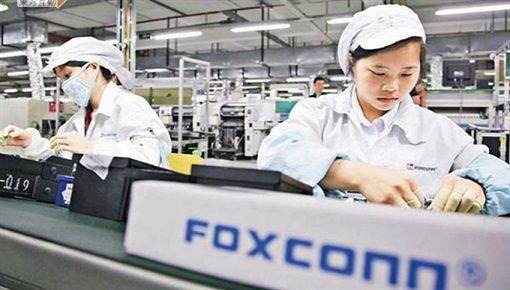 TAIPEI (Taiwan News) — Apple is reportedly asking Foxconn (富士康), its largest Taiwanese contract manufacturer, to shift some production of iPad and MacBook products to Vietnam and lessen the tech giant's exposure to the China-U.S. trade war.

On Thursday (Nov. 26), Reuters cited a person familiar with the matter as saying that Foxconn is constructing assembly plants for the Apple iPad and MacBook in Bac Giang province, northeast of Hanoi. The source stated the new lines will take some production from China when they open in 2021.

The source specified the shift "was requested by Apple." They added that the reason for the relocation is the tech giant's desire to "diversify production following the trade war."

On Tuesday (Nov. 24), Foxconn announced it will be investing US$270 million to create a new subsidiary called FuKang Technology Co Ltd (富康科技). The source told the news agency this new subsidiary will play a part in the new production facilities in Vietnam.

Meanwhile, Apple is also making a major push for India as well, with Taiwan's Foxconn, Pegatron (和碩聯合科技), and Wistron (緯創資通) all shifting segments of their production to the southern Asian country. Foxconn has invested $40 billion INR (US$542 million), Wistron has injected $13 billion INR, and Pegatron has allocated $10.9 billion INR for new factories in India.

In February, as the Wuhan coronavirus raged in China, Apple reportedly shifted production of AirPods Pro Lite, iPads, and Apple Watches from China to Taiwan. However, in May, reports surfaced that assembly of AirPods had been shifted to Vietnam.