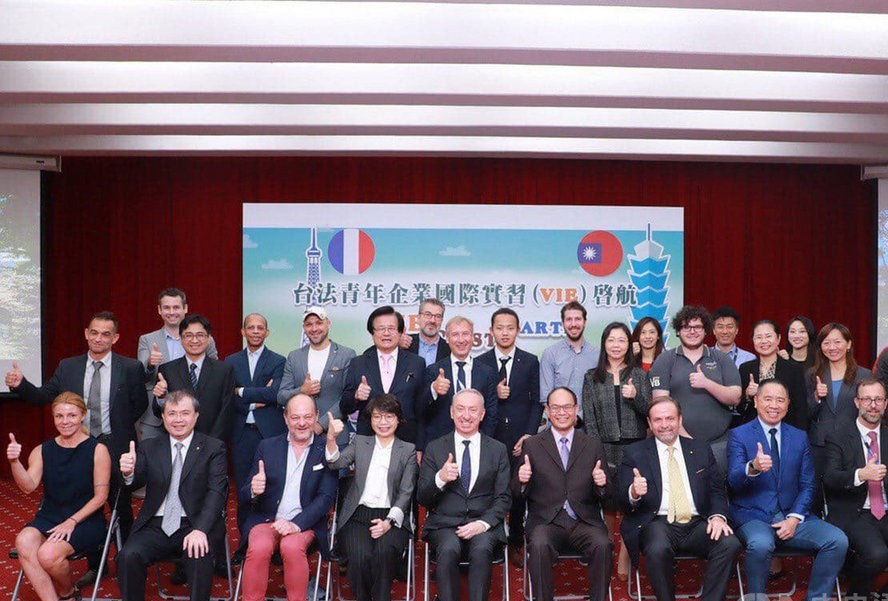 TAIPEI (Taiwan News) — The Ministry of Foreign Affairs (MOFA) held a press conference with the French Office in Taipei on Thursday (Nov. 26) to announce a Taiwan-France initiative that allows Taiwanese young adults to work at local companies in France and vice versa.

At the press conference, MOFA said the “volontaires internationaux en entreprise” (VIE) program will enable young Taiwanese to gain valuable work experience. In June of last year, Taiwan and France signed an agreement to provide internships for young people from both nations.

In a speech, Deputy Minister of Foreign Affairs Tseng Hou-jen (曾厚仁) praised the VIE program for providing Taiwanese and French with up to two years of corporate internship experience. He said the program differs from others in that it allows 18- to 36-year-old Taiwanese and French nationals to make living and work arrangements before departing their home country, CNA reported.

Tseng said the VIE program originates from the concept of France's overseas alternative military service, after World War II. Since then, it has developed into an overseas internship program that has been popular for decades.

The deputy foreign minister said the internship program represents the embrace of Taiwan’s democratic society by young French. The program also represents the growth of bilateral economic and trade relations between Taiwan and France, he added.

Jean-Francois Casabonne-Masonnave, head of the French Office in Taipei, stated that France supports Taiwan VIE internships. “Taiwan’s outstanding youths are very welcome to use this program to increase understanding and interaction with France in the future,” he said.

Casabonne-Masonnave continued by saying, “I believe (the program) will also have many positive effects on the promotion of investment and trade. France will continue to cooperate closely to lay a solid foundation for the shared value and prosperity of Taiwan and France.”

MOFA stated that it would add a special section on its website from Dec. 1 to provide information and application procedures about the program for public and foreign companies.