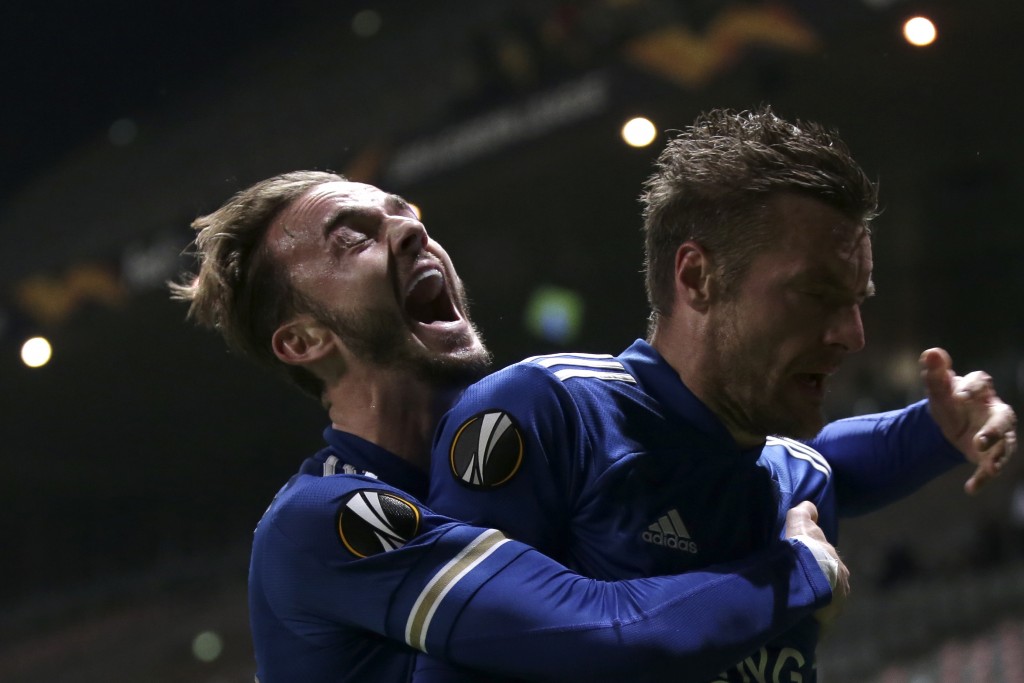 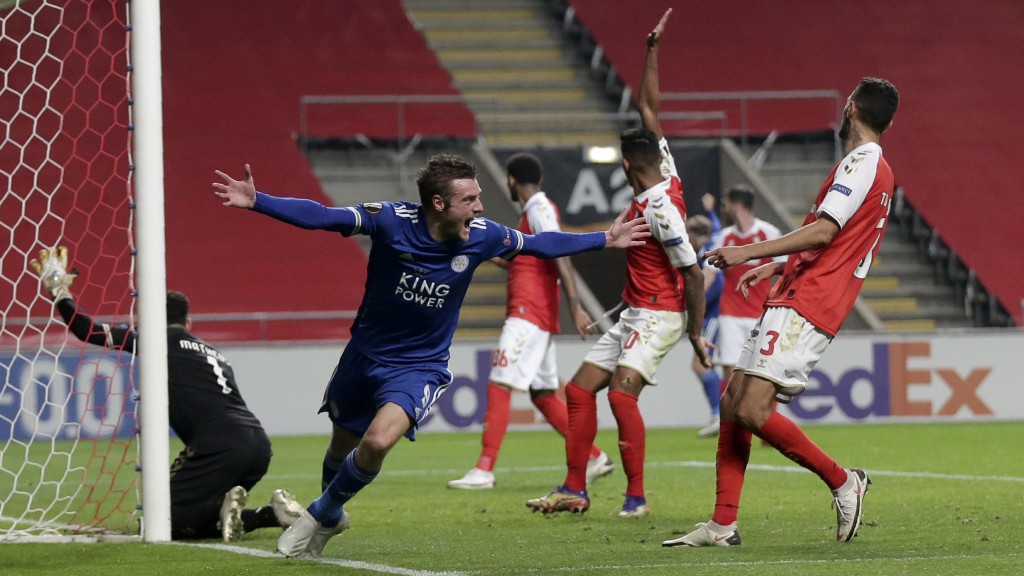 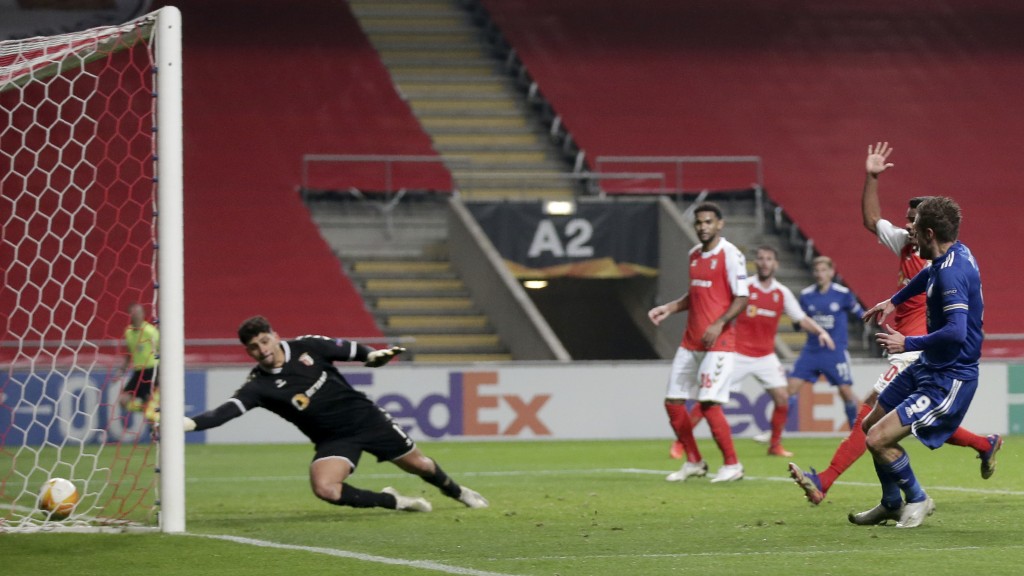 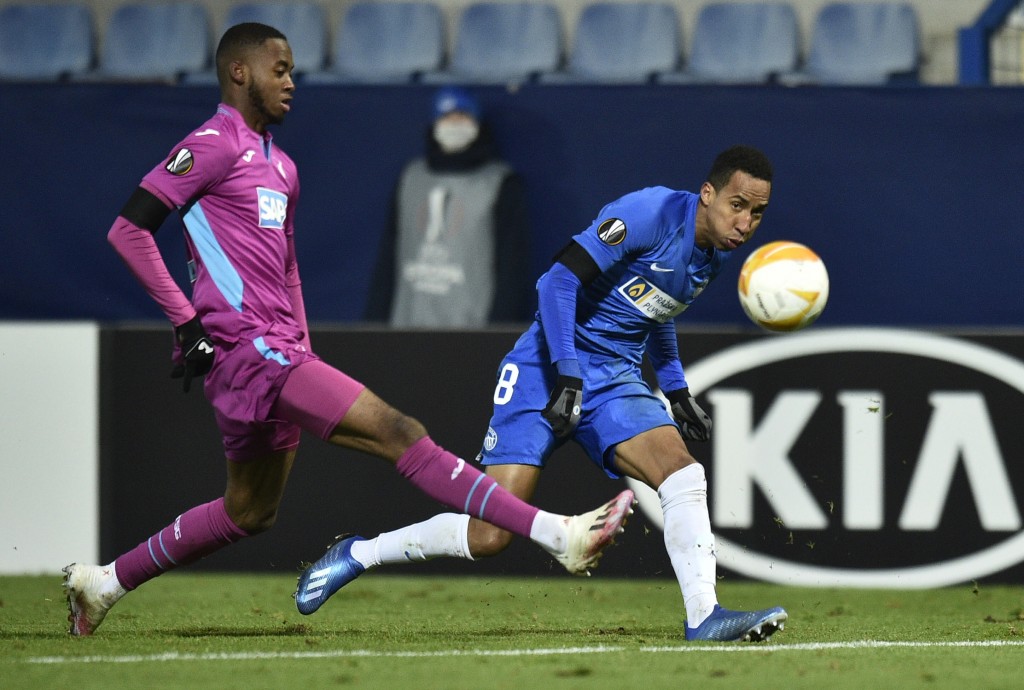 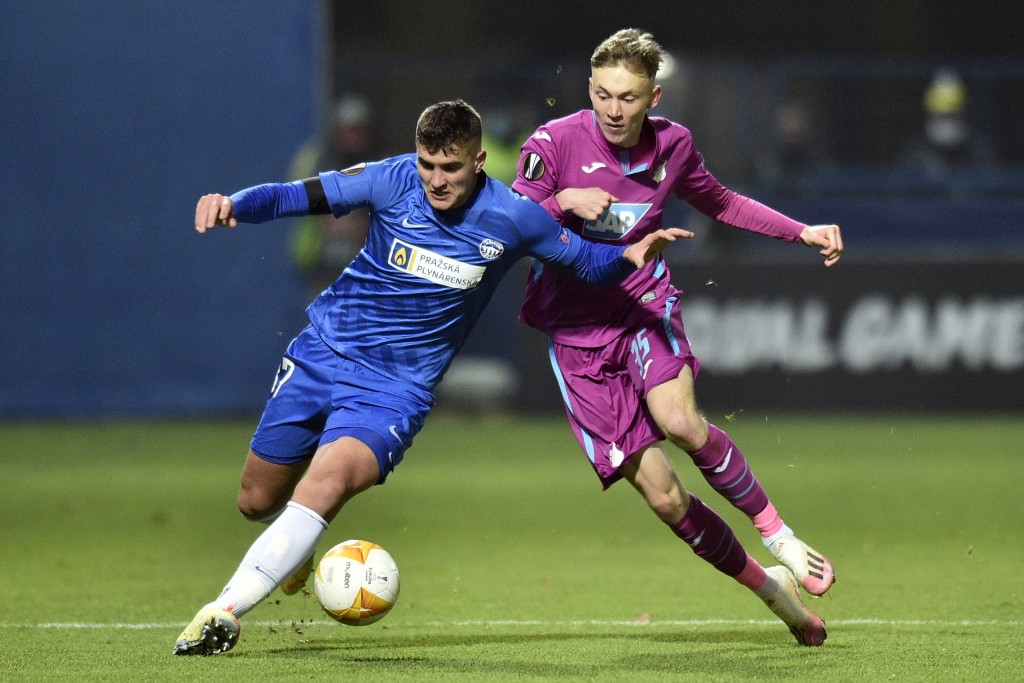 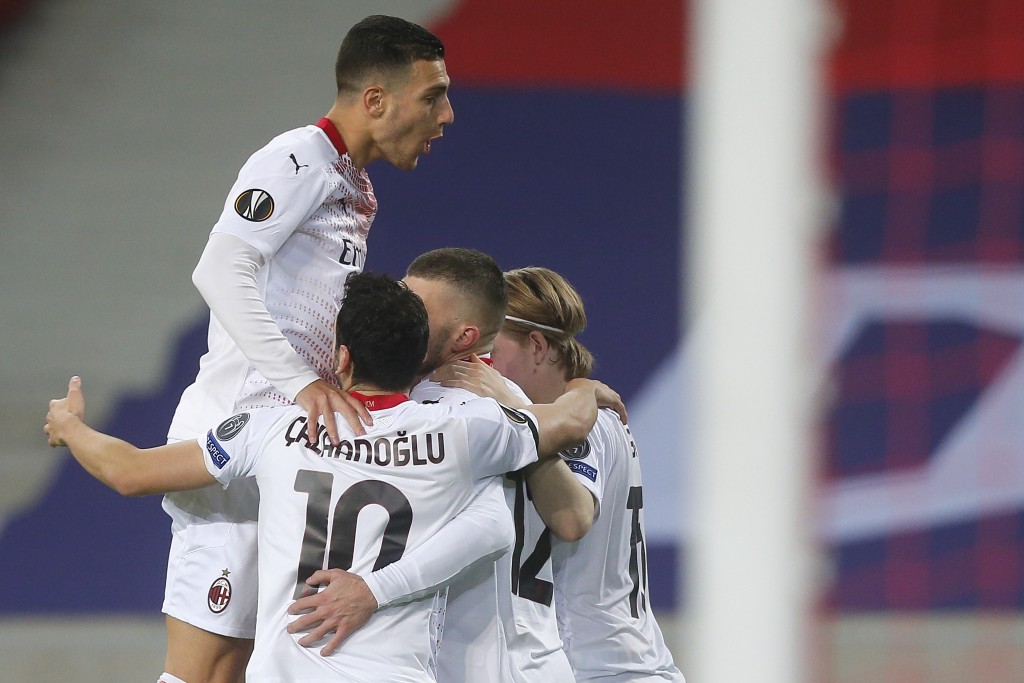 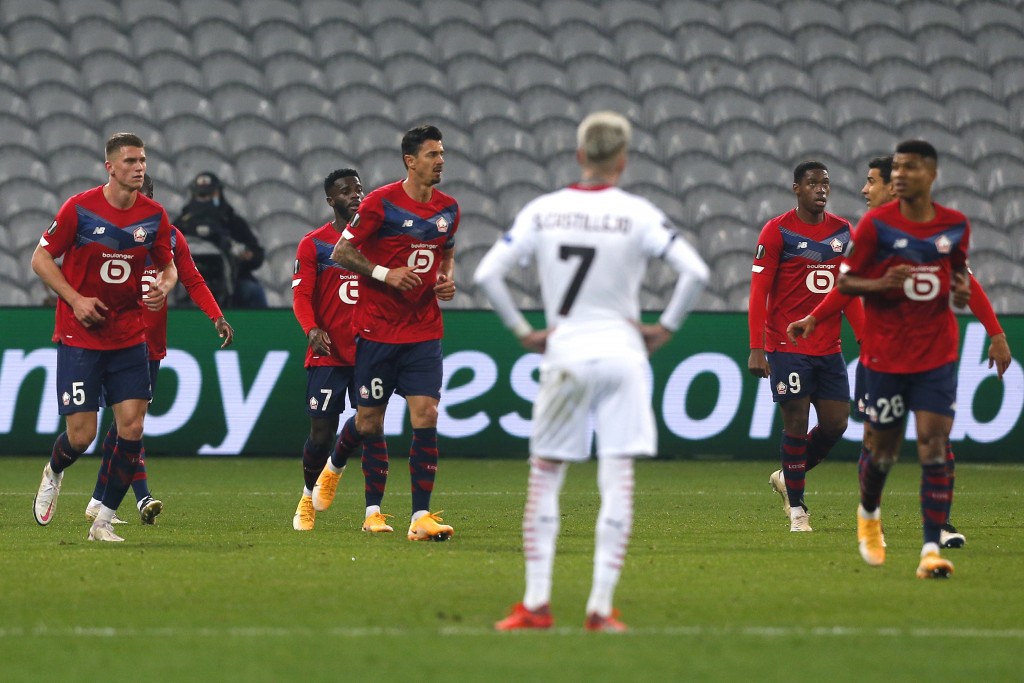 Arsenal's academy products helped the team cruise into to the knockout stage of the Europa League on Thursday, while Leicester needed a late equalizer from Jamie Vardy to advance.

Arsenal's record signing Nicolas Pépé showed his better side after he was sent off in a 0-0 draw at Leeds in the Premier League on Sunday, scoring the opening goal in a 3-0 away victory at Norway's Molde. The homegrown talents did the rest as Reiss Nelson doubled the lead and Folarin Balogun — less than a minute after coming on as a substitute — netted the third with his first goal for the club.

Hoffenheim and Leicester also progressed into the round of 32 with two matches to spare. The Premier League club equalized three times in a 3-3 draw at Braga, with Vardy grabbing the final goal in injury time.

AC Milan failed to win for the second straight game as the Italian powerhouse was held to a 1-1 draw at Lille.

A minute of silence was observed before all the matches to honor Diego Maradona, who died on Wednesday at the age of 60.

Maradona's former club Napoli was in action later Thursday, along with Tottenham, Benfica and Real Sociedad.

Arsenal used a second-half scoring burst to maintain a perfect record with four wins from four.

Just a minute after hitting the crossbar, Pépé curled a ball into a top corner of the net five minutes into the second half.

Pépé has struggled to establish himself in the team for Premier League games after moving to Arsenal from French club Lille last summer in a deal worth a reported 80 million euros ($89 million) but he’s leading the charge in the Europa League.

He has scored three goals in the competition this season and set up another two for Arsenal.

Five minutes later, Joe Willock — another academy product — provided a fine cross for Nelson to tap in the second. Balogun finished it off from close range seven minutes from time.

Fransérgio had put the hosts 3-2 up four minutes earlier.

In the previous round, Leicester beat Braga 4-0 at home. This time, it was 1-0 down after Al Musrati scored four minutes into the game.

Harvey Barnes canceled that out five minutes later with an angled shot high into the net, but Paulinho restored the host's one-goal advantage in the 24th from close range.

Hoffenheim took —the lead through Christoph Baumgartner in the 77th and substitute Andrej Kramarić added a penalty in the 89th as the German team advanced from Group L. The Bundesliga club has 12 points, three more than Red Star Belgrade, which won 2-0 at Gent.

After Lille stunned AC Milan 3-0 at the San Siro in the previous round, it drew 1-1 with the Italian powerhouse at home to stay top of Group H with eight points. Milan is second a point behind. Sparta Prague is another point back after beating Celtic 4-1 at home. Celtic has just one point.

In Group I, Villarreal leads with 10 points after a 1-1 away draw at 10-man Maccabi Tel-Aviv, which is second with seven. Sivasspor is on six after winning 3-2 against Qarabağ.

Dinamo Zagreb blanked Wolfsberg 3-0 away to sit atop Group K with eight points, leading Feyenoord by three after the Dutch side drew 0-0 at CSKA.