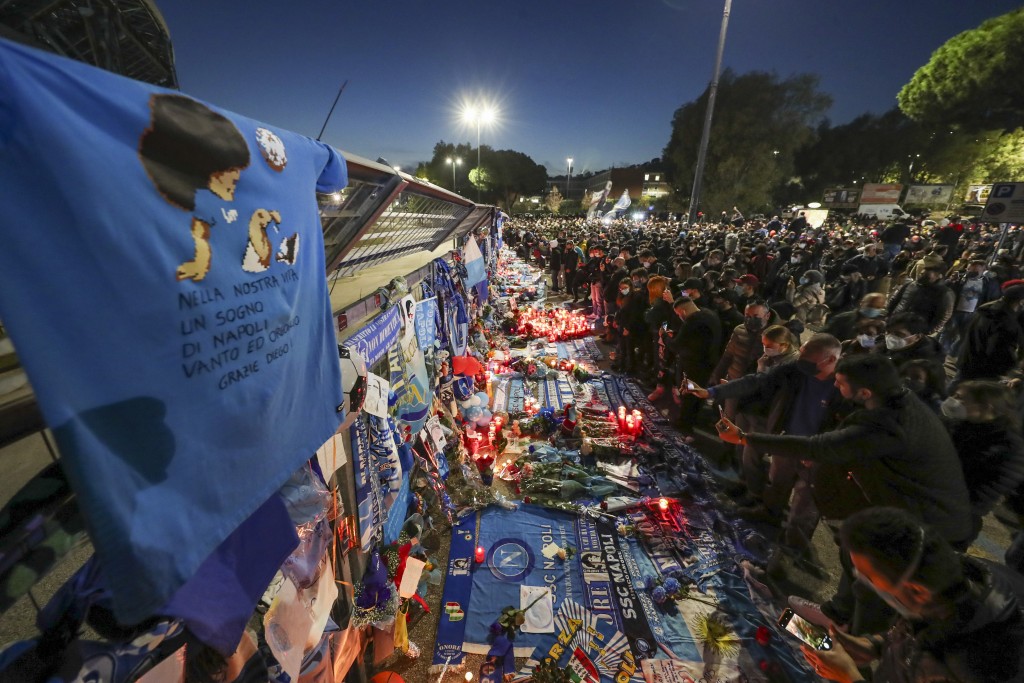 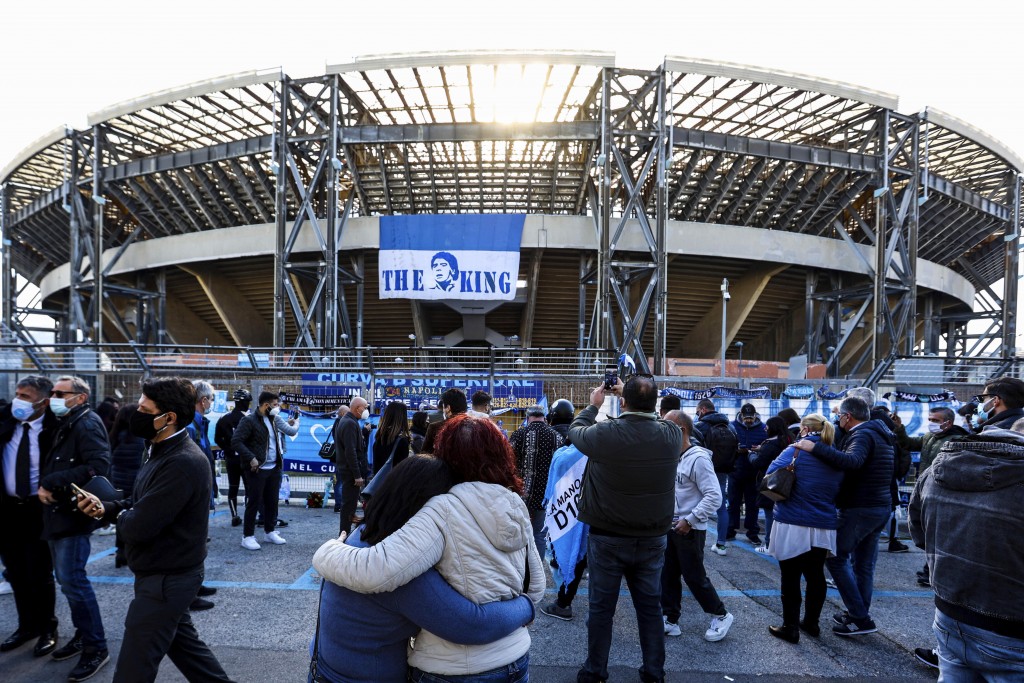 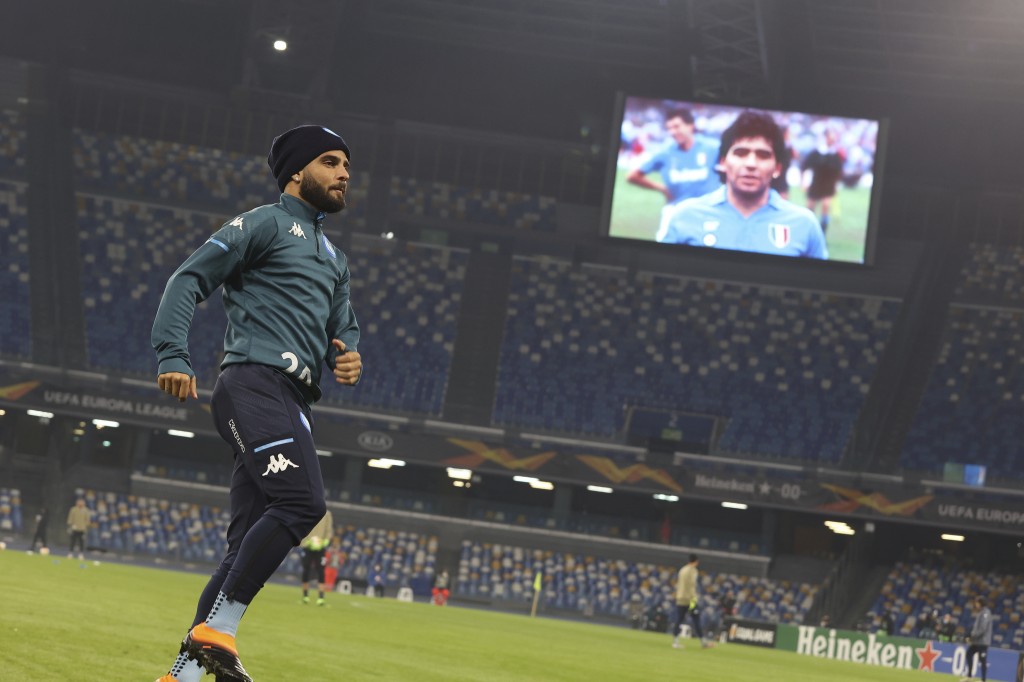 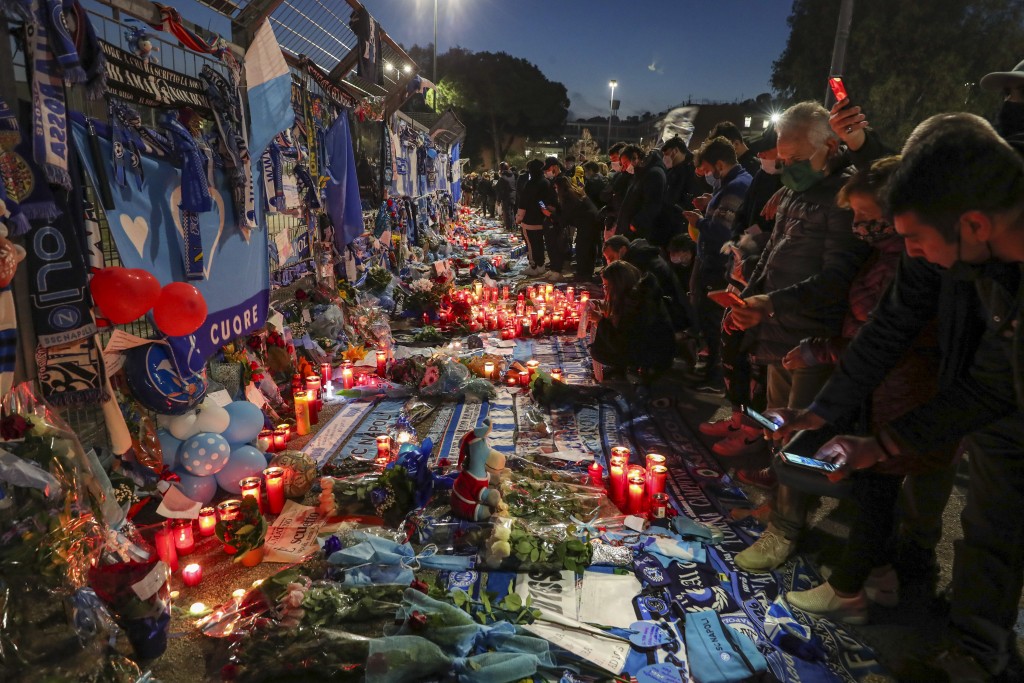 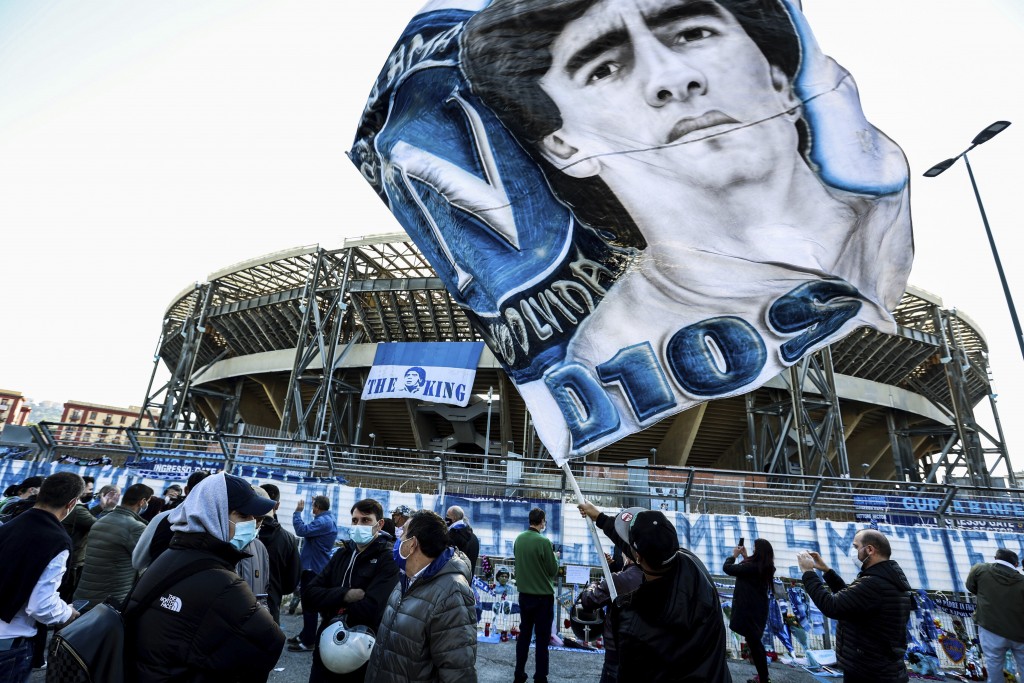 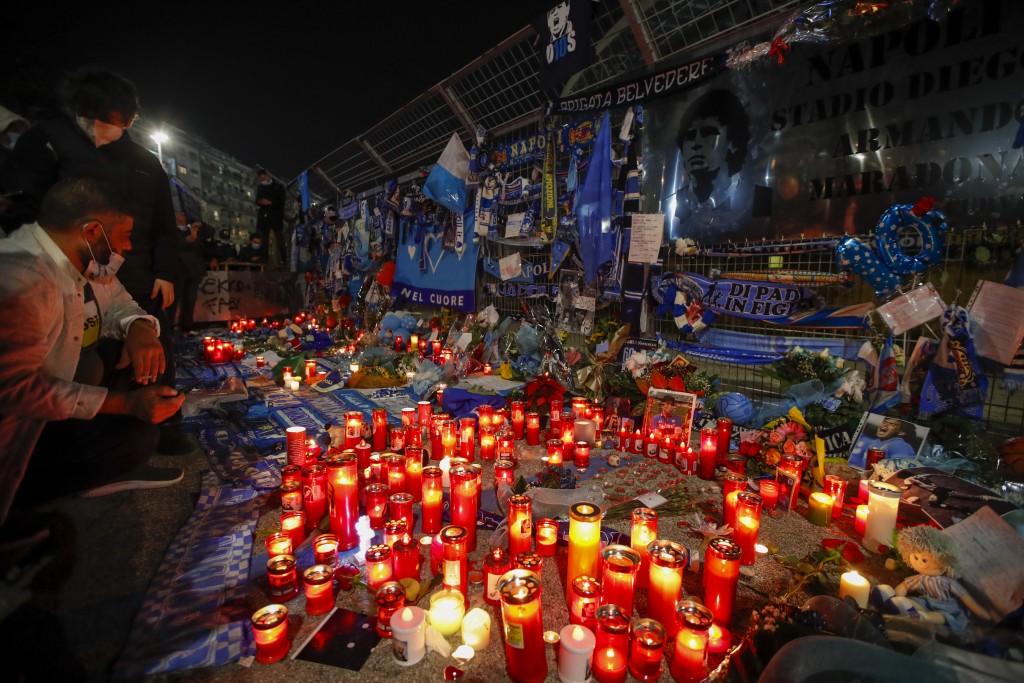 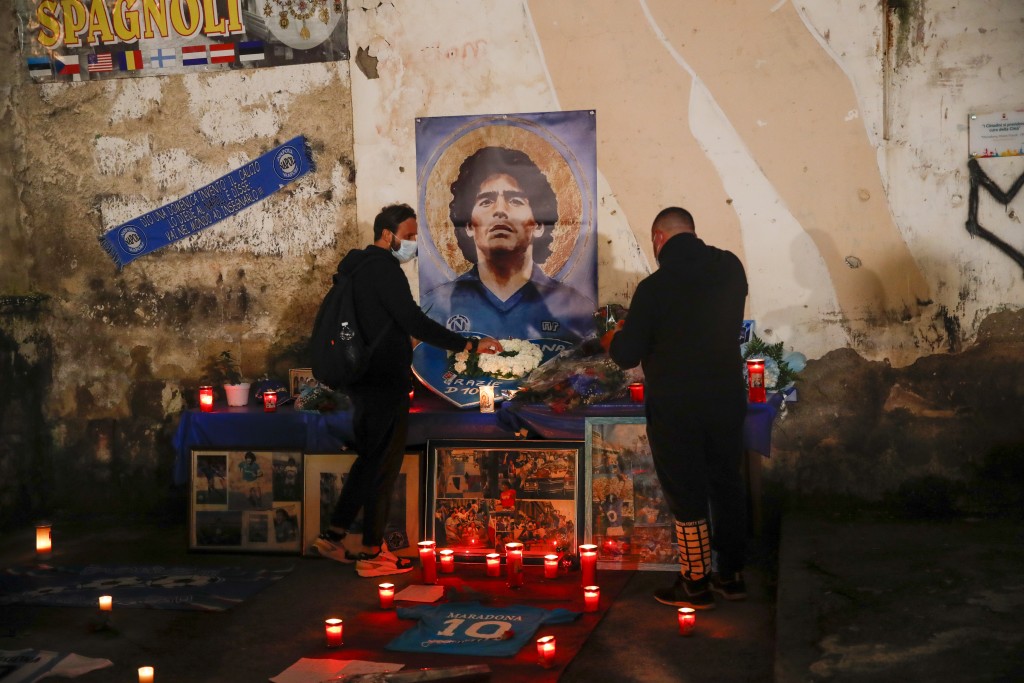 Leave it to Diego Maradona to draw fans to a stadium they couldn’t enter.

Thousands of Napoli supporters made a pilgrimage to the San Paolo stadium Thursday to light a candle, leave a scarf or a shirt and shed some tears in memory of their hero.

Due to the coronavirus pandemic, fans were not permitted inside to see Napoli’s Europa League game against Croatian side Rijeka.

Instead, Napoli captain Lorenzo Insigne exited the stadium and joined the fans for a few minutes to lay a bouquet next to the supporters’ tributes.

The entire city was declared in mourning for the soccer great, who died Wednesday of a heart attack at age 60, two weeks after being released from a hospital in Buenos Aires following brain surgery.

Maradona led Napoli to its only two Serie A titles in 1987 and 1990 and is considered a god-like figure in the southern city.

“He always defended us, both when he played here and after he left,” said Insigne, who is from Naples. “He always carried us in his heart. And now we need to carry him in our hearts since he’s gone. It hurts. It’s a sad day for us Neapolitans."

“The entire squad and club lends its support to the family,” Insigne added. “He was the greatest player ever and we’re honored that he wore Napoli’s shirt and played in this stadium.”

In the meantime, an image of Maradona graced the big screens inside the stadium during the game against Rijeka.

All of Napoli’s players went out onto the pitch wearing shirts with Maradona’s No. 10 and his name on the back, before changing into their own numbers before kickoff. Napoli coach Gennaro Gattuso also put on a Maradona shirt.

Both teams wore black armbands and stood for a minute of silence at the center circle before the game started. Napoli’s players interlocked their arms.