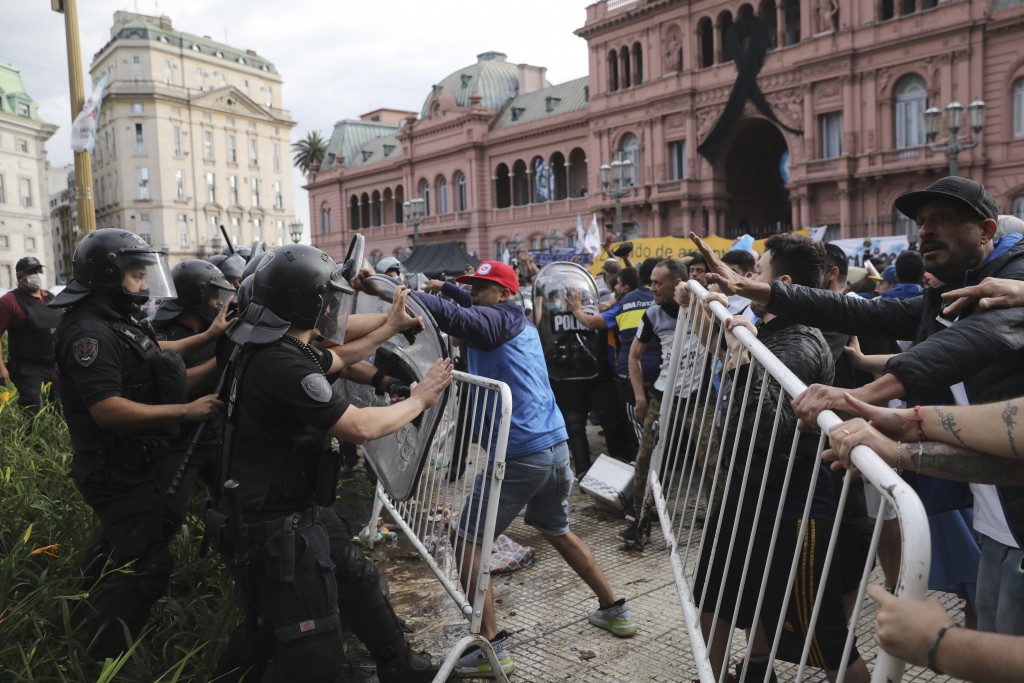 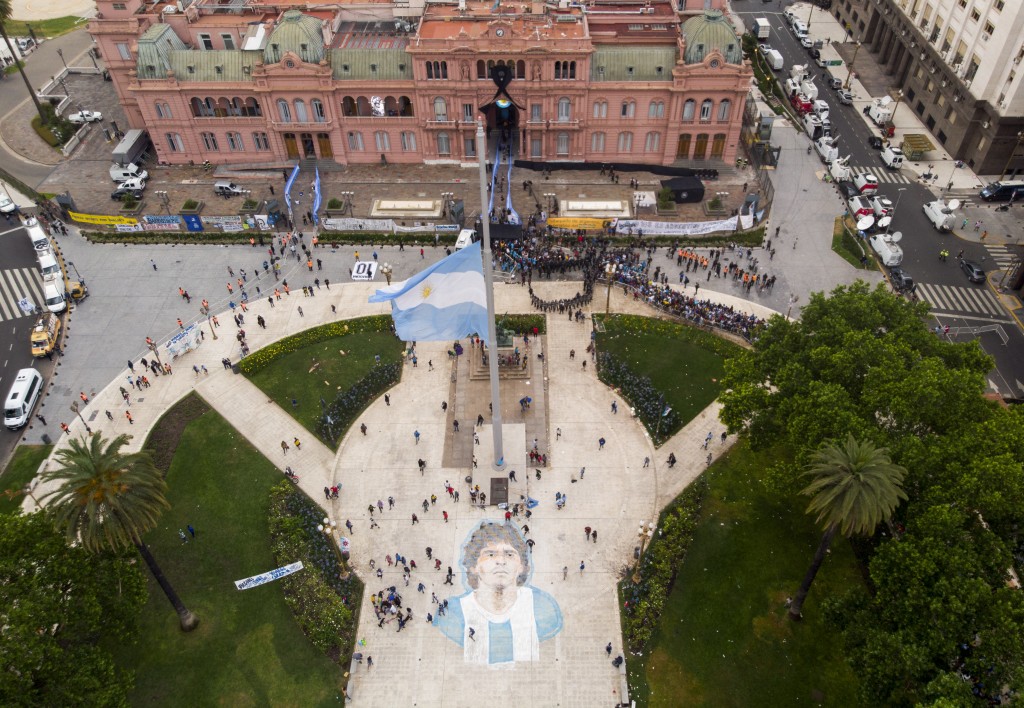 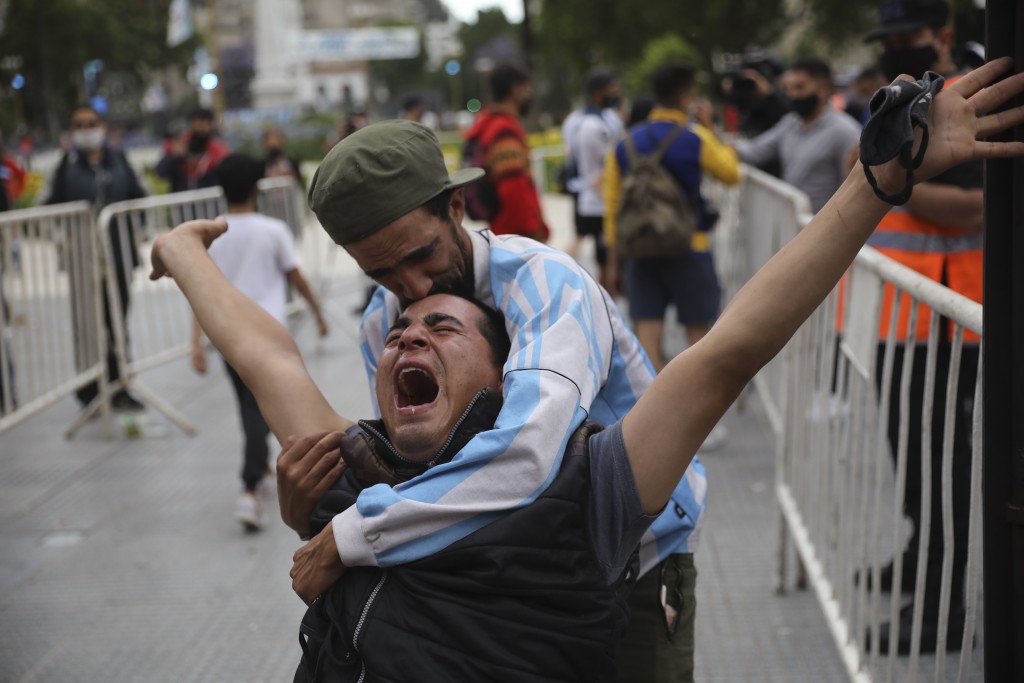 BUENOS AIRES (AP) — Impatient fans were confronting police as thousands lined up to say goodbye to Diego Maradona on Thursday at the Argentine presidential mansion staging the funeral of one of football's greatest stars.

Fans threw bottles and metal fences at police near the Casa Rosada in the heart of Buenos Aires.

Open visitation started at 6:15 a.m. local time (0915 GMT) after a few hours of privacy for family and close friends.

Maradona’s wooden casket was in the main lobby of the presidential office, covered in an Argentine flag and a No. 10 shirt of the national team. Dozens of other shirts of different soccer teams were thrown in by visitors who passed by in tears.

Maradona died on Wednesday of a heart attack in a house outside Buenos Aires where he recovered from a brain operation on Nov. 3.

The first to bid farewell were his daughters and close family members. Then came former teammates of the 1986 World Cup-winning squad including Oscar Ruggeri. Other Argentine footballers, such as Boca Juniors’ Carlos Tévez, showed up, too.

The lines started outside the Casa Rosada only hours after Maradona’s death was confirmed. Among those present were the renowned barrabravas fans of Boca Juniors, one of his former clubs.

The first fan to visit was Nahuel de Lima, using crutches to move because of a disability. At the same time, a wave of people tried to get ahead and confronted police, who used tear gas to contain them.

Bodyguards were stopping fans from taking pictures and controlling access to the building. Many fans were breaking down as soon as they left.

Fans who walked past the casket blew kisses into the air, struck their chests with closed fists, and shouted “Let’s go Diego.” Most, but not all, wore masks due to the COVID-19 pandemic.

A giant black screen in front of the Casa Rosada is showing historic photos of Maradona as fans go.