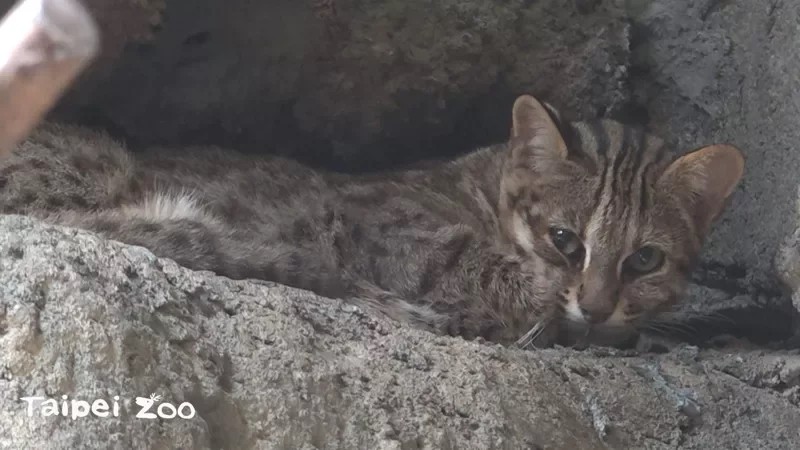 TAIPEI (Taiwan News) — An endangered leopard cat (石虎) escaped from its enclosure at the Taipei Zoo over the weekend, but zoo officials did not disclose the escape until Wednesday (Nov. 25).

Kuomintang (KMT) Taipei City Councilor Chang Shi-gang (張斯綱) on Wednesday received a complaint from a member of the public that the leopard cat had escaped, and he criticized zoo officials for suppressing the news. In response, Taipei Zoo spokesperson Eric Tsao (曹先紹) confirmed that a 3-year-old female leopard cat named Fei Fei (飛飛) had indeed escaped from her enclosure, reported UDN.

According to a press release issued by the zoo on Wednesday, zookeepers discovered Fei Fei was missing when they checked her enclosure at 9:00 a.m. on Sunday. The zoo stated that it immediately launched a search and that staff began watching surveillance camera footage.

While reviewing the footage, zoo officials spotted Fei Fei at about 7:00 a.m. clawing at an area where netting was connected to an artificial rock at the top of the enclosure. The feline then managed to create an opening and slipped through it, disappearing from view.

After thoroughly inspecting Fei Fei's enclosure for any clues, employees expanded their search to the entire park. The zoo stated that the animal was transferred from an animal rescue center in June after it had suffered a severe injury to its right hind leg, requiring it to be amputated, reported CNA. Tsao said that because the animal has been in captivity for an extended period and has a microchip implant, he is hopeful she can be quickly retrieved. However, Chang pointed out that after an anteater and its pup escaped from the zoo in September, only the pup was found.

Chang said the successive animal escapes point to serious weaknesses in the zoo's containment facilities. He called on the zoo to immediately and comprehensively check for gaps in its enclosures and review the management process.

According to Chang Wei (張葦), head of the Nature Conservation Division of the Miaoli County Government's Agriculture Department, leopard cats are characterized by round ears, white stripes on the forehead and near the eyes, and white spots behind the ears. Leopard cats have larger paws and faces, wider noses, and more space between their eyes than domesticated cats, according to Chang.

Considering that leopard cats are highly reclusive, they will avoid contact with humans, the zoo pointed out. It advised members of the public to keep a safe distance, avoid disturbing the animal, and notify zoo officials immediately if they encounter her. 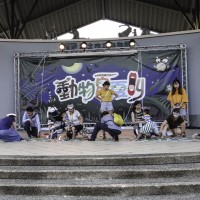 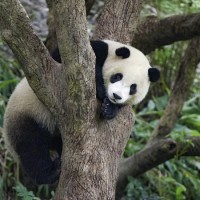 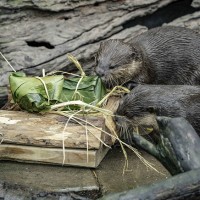 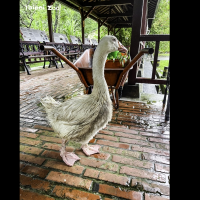 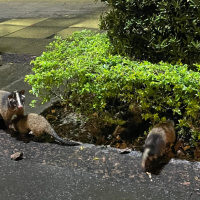