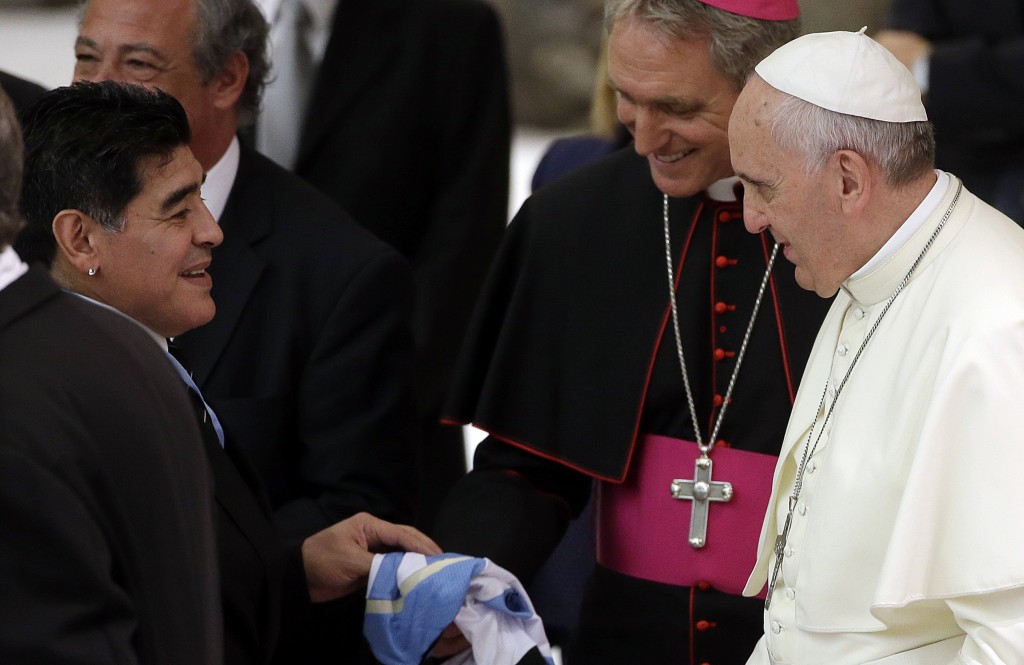 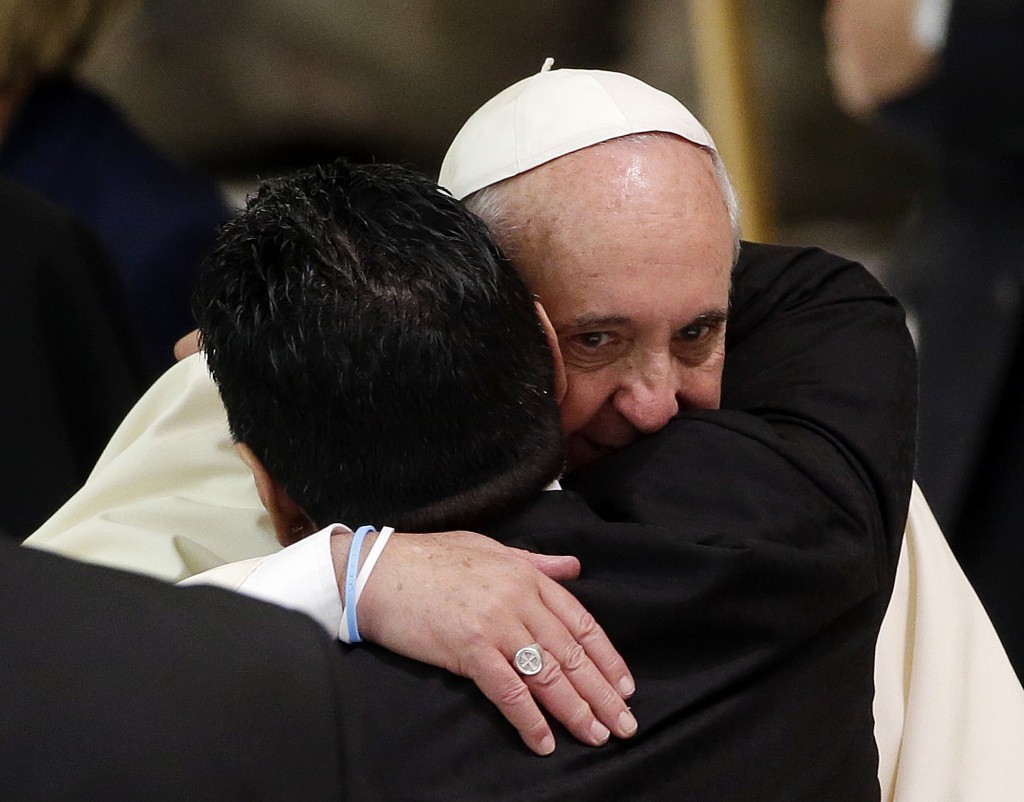 VATICAN CITY (AP) — Pope Francis has remembered Diego Maradona in his prayers after learning of the soccer legend’s death on Wednesday, the Vatican said.

Vatican spokesman Matteo Bruni said that the pope, after being informed of Maradona's death, “thinks back fondly to the times they met in these years and remembers him in prayer.” He said that Francis had also prayed for Maradona in recent days when he learned about his health problems.

Vatican News, the Holy See’s media arm, referred to Maradona as the “poet of soccer.”

The Argentine-born pope, an avid soccer fan, especially of Argentine team San Lorenzo, met with Maradona at the Vatican in 2014 during a special audience in connection to a charity match soccer. On that occasion, Maradona presented the pontiff with a soccer jersey, emblazoned with the name “Francisco” — Spanish for Francis — and Maradona's signature No. 10.

The two met again in 2015. Francis hasn't been in his homeland since 2013, when he flew to Rome for the conclave that would elect him as pontiff.

Vatican News called Maradona an “extraordinary soccer player, a fragile man,” saying his life was marked in various moments “by the plague of drugs.”