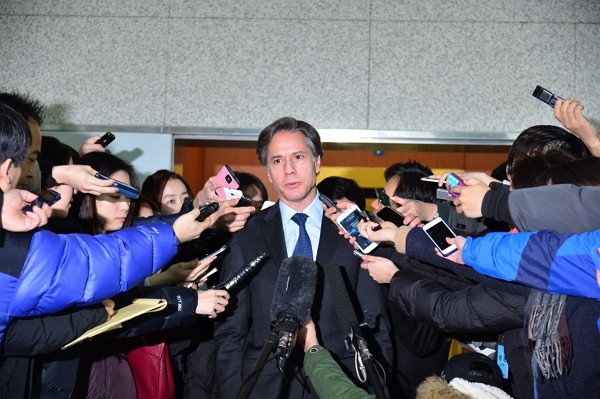 TAIPEI (Taiwan News) — Former Director of the American Institute in Taiwan (AIT) Douglas Paal said Tuesday (Nov. 24) that he expects the U.S.-Taiwan relationship to prosper under the leadership of President-elect Joe Biden's nominee for secretary of state, Antony Blinken.

On Monday (Nov. 23), Biden revealed his intention to name Blinken as the new secretary of state. The 58-year-old Democrat has worked closely with the former vice president over the last two decades and served as deputy secretary of state under former President Barack Obama.

During an interview with CNA, Paal pointed out that Biden had made a responsible choice by nominating Blinken, who he believes will pursue diplomatic solutions in a more predictable manner than the Trump administration. He said Blinken will avoid unnecessary confrontations with Beijing while not overly relying on cooperation from the regime.

Paal stressed that Blinken's main task will be repairing Washington's relations with its allies. He said Taiwan's positive image in the global economic, political, and health arenas will draw significant plaudits from the next secretary of state.