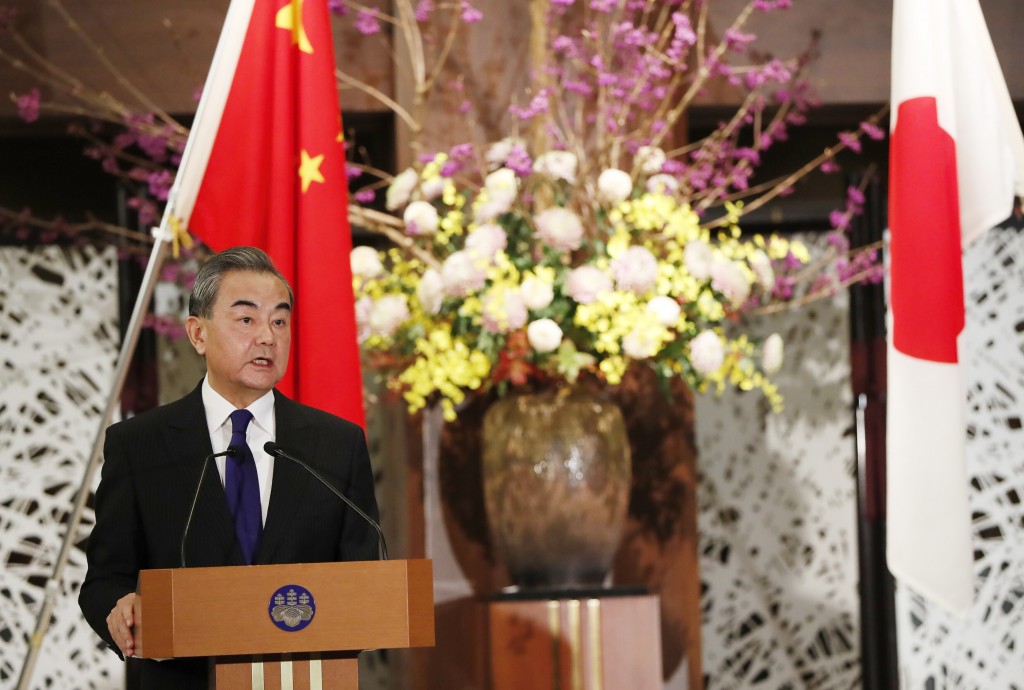 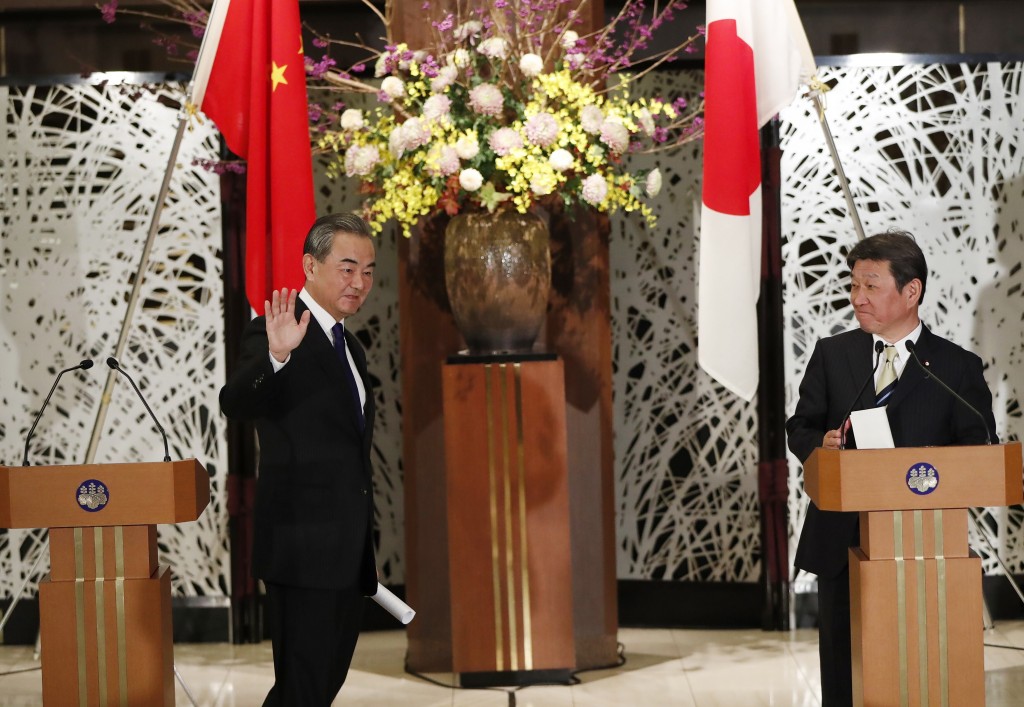 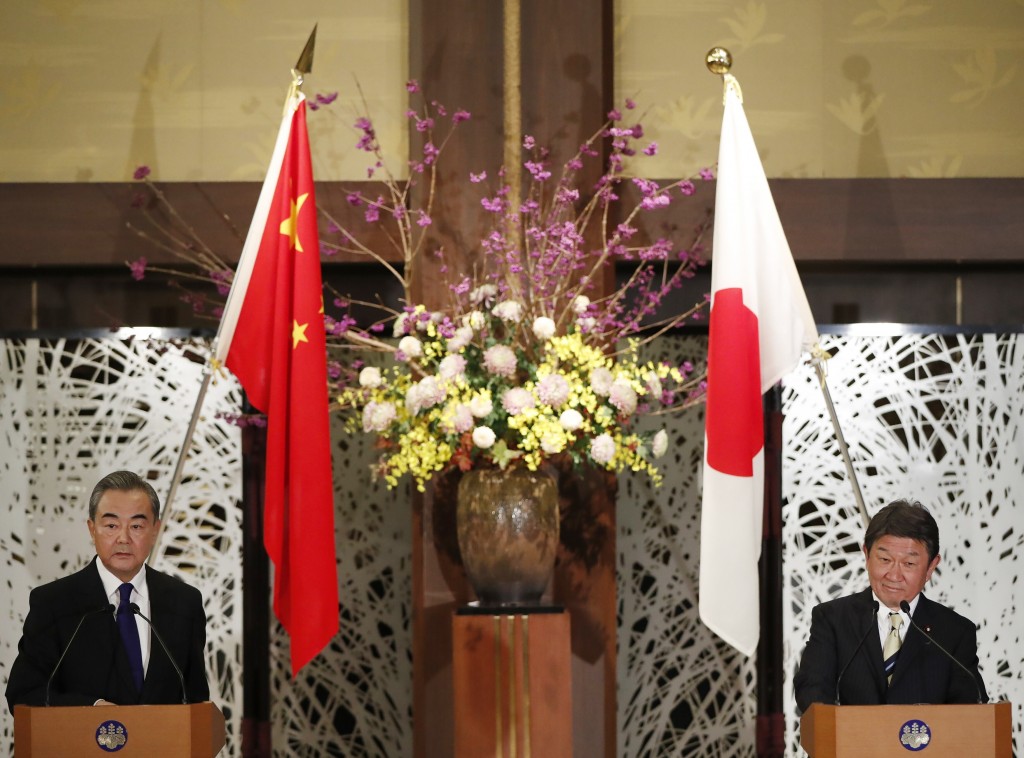 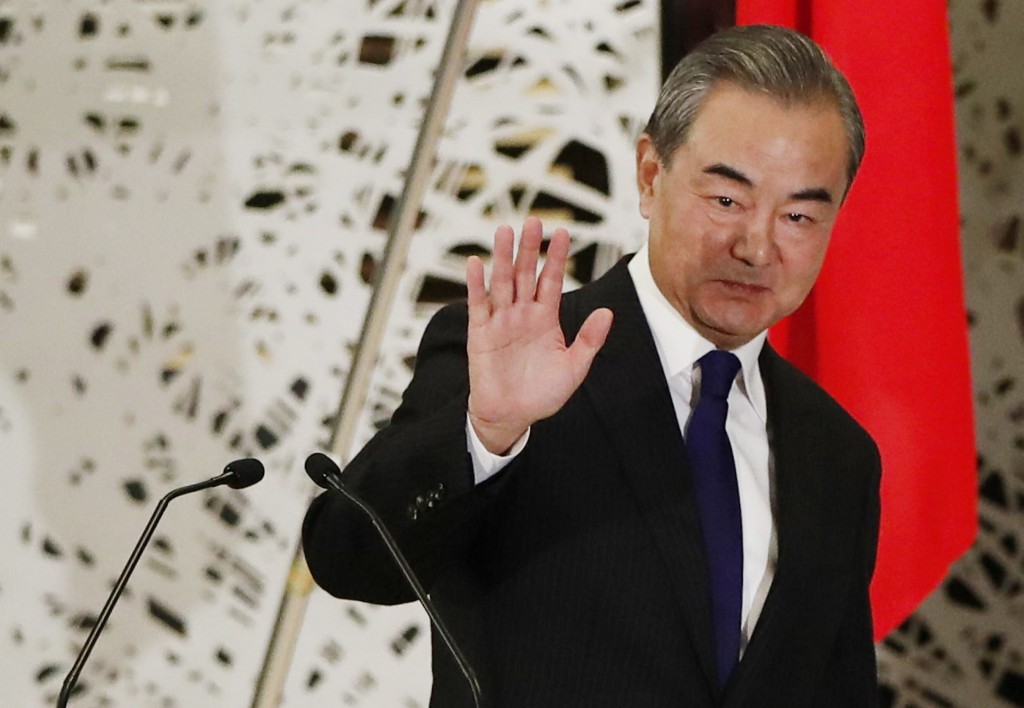 TOKYO (AP) — Japan used a visit by the Chinese foreign minister on Wednesday to protest Beijing's increased activity and what it calls infiltration around disputed East China Sea islands.

Both sides agreed to avoid provocative actions in the contested area.

“The situation is extremely serious,” Chief Cabinet Secretary Katsunobu Kato told reporters after meeting with Chinese Foreign Minister Wang Yi, who arrived in Tokyo on Tuesday for a two-day visit.

Relations between the two countries have been strained over territorial disputes and wartime history, even though ties have improved in recent years while China’s trade dispute with the U.S. has escalated.

The territorial row in centered on Japanese-controlled East China Sea islands, which Japan calls Senkaku and China calls Diaoyu. Chinese coast guard ships have stepped up activity around the islands despite protests and warnings by the Japanese authorities.

“I conveyed (to Wang) our concerns about the activities of the Chinese government ships around the islands and asked for positive steps by China,” Kato said. He said Wang said China hoped to make a positive relationship with Japan and play constructive roles in the region.

On Tuesday, Japanese Foreign Minister Toshimitsu Motegi and Wang agreed to try not to escalate tensions around the islands.

The two foreign ministers also agreed to resume business travel between the world’s second and third economies through a “business track” program that will allow visitors to engage in limited activities during their 14-day quarantine periods. They also agreed to work together on climate change, energy conservation, health care and digital commerce as part of their economic cooperation.

Wang is expected to meet with Prime Minister Yoshihide Suga on Wednesday, the first meeting with the Japanese leader by a top Chinese official since the February visit of Chinese foreign policy chief Yang Jiechi.

Wang’s visit comes amid growing concerns about China’s increasing influence in the region. Japan is promoting military and economic partnerships with countries in the Indo-Pacific region to counter China's rise.

After his visit to Japan, Wang will head for meetings in South Korea.