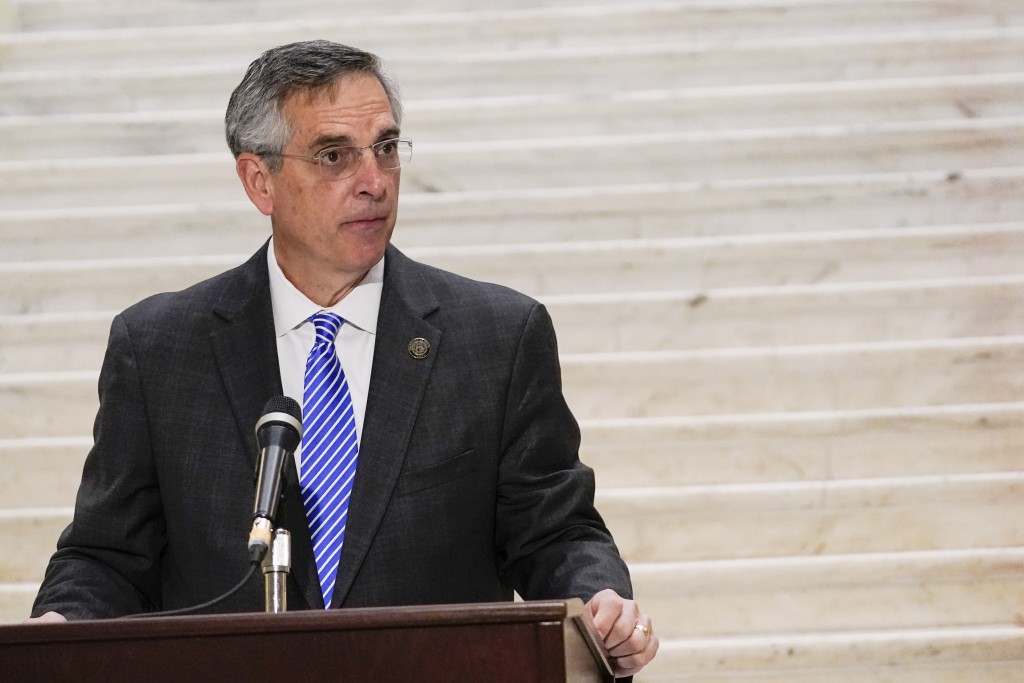 ATLANTA (AP) — County election workers across Georgia on Tuesday began a machine recount of the roughly 5 million votes cast in the presidential race in the state, just days after completing a hand tally that confirmed President-elect Joe Biden's lead.

The recount was requested by President Donald Trump after certified results showed him losing the state to Democrat Joe Biden by 12,670 votes, or 0.25%. Under state law, the losing candidate can request a recount when the margin is less than 0.5%. Trump's campaign on Saturday formally requested the recount.

Counties were allowed to begin the machine recount at 9 a.m. Tuesday and they have until 11:59 p.m. on Dec. 2 to wrap it up.

Some counties only planned to get as far as testing the equipment Tuesday, with the actual counting to begin Wednesday. With interruptions for the Thanksgiving holiday expected, the secretary of state’s office instructed counties to publicly post when they would be testing so political party monitors and interested members of the public can make plans to observe.

Last Thursday, election officials announced the results of a hand tally in the presidential race that stemmed from an audit but was not considered an official recount under state law. The day after Secretary of State Brad Raffensperger announced that the tally confirmed Biden's lead, he certified the election results. Gov. Brian Kemp then certified the state's slate of 16 presidential electors, a group of prominent Democrats.

Under state elections board rules, an official recount must be conducted by machine, specifically high-speed scanners that read and tabulate the votes.

Before beginning the recount, election workers must test the scanners to make sure they're counting accurately. To do that, they create test decks of 100 ballots — 75 marked by touchscreen voting machines and 25 marked by hand — and count those ballots by hand before running them through a scanner. If the scanned tally matches the hand tally, it means the scanner is working correctly and they can begin rescanning every ballot.