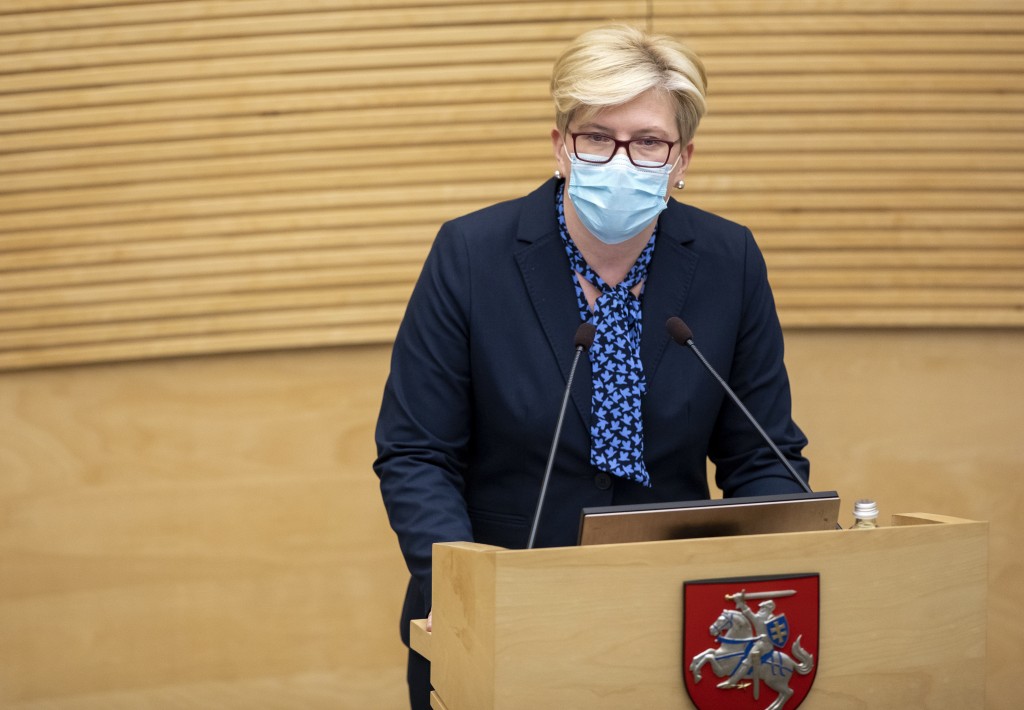 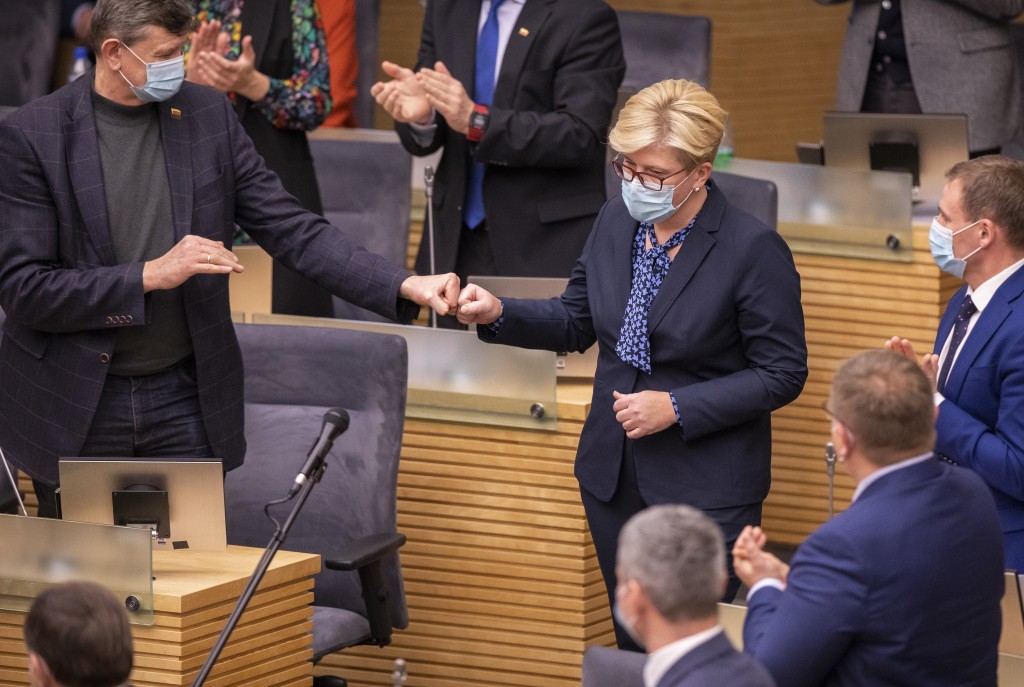 VILNIUS, Lithuania (AP) — Lithuania’s parliament approved Tuesday conservative Ingrida Simonyte as the Baltic country’s next prime minister before shutting down for a week because of a recent COVID-19 spike in the country.

Simonyte, 46, will head a three-party center-right coalition after winning in a 62-10 vote in the 141-seat legislature, which is called the Seimas. Another 41 lawmakers abstained, and 28 others were absent mostly due to the coronavirus resurgence.

The southernmost Baltic country of nearly 3 million has seen 49,393 COVID-19 cases and 409 deaths — most of these recorded in October and November.

A former finance minister and presidential candidate, Simonyte led her conservative Homeland Union to victory at the parliamentary elections in October.

Simonyte, a trained economist who is widely known for her fondness for ice hockey, soccer and rock music, said her top priorities would be to curb the spread of virus and accelerate the country’s economy. The COVID-19 surge had been a hot potato during the election campaign and the former government had faced strong criticism over soaring virus-related unemployment.

Her Homeland Union party has already agreed with two liberal parties, the Freedom Party and the Liberal Movement, to form a governing coalition. The three parties hold 74 seats, just three more than the 71 needed for a majority in parliament.

Her Cabinet, which t is expected to be presented in few weeks, must be approved by the president and parliament. In 2019, she lost the presidential race to former banker Gitanas Nauseda.

Lithuania, a member of the European Union and NATO, has kept strong democratic traditions and sustainable economic growth since declaring independence from the Soviet Union in 1990. It has also played a major diplomatic role as the protests in Belarus, its southern neighbor, unfold against that nation’s authoritarian leader.