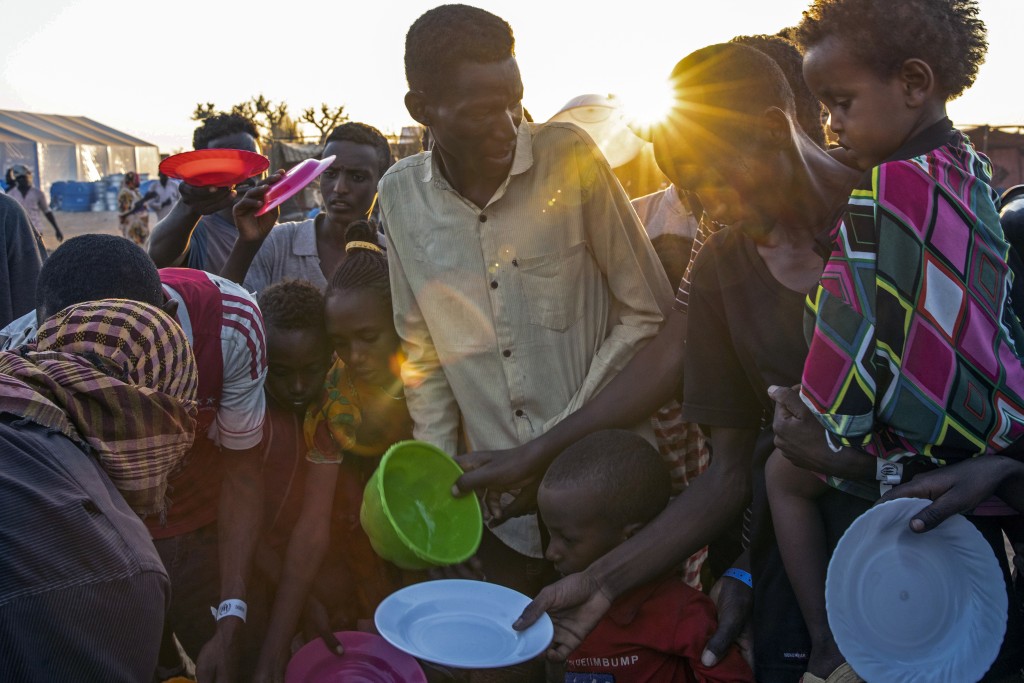 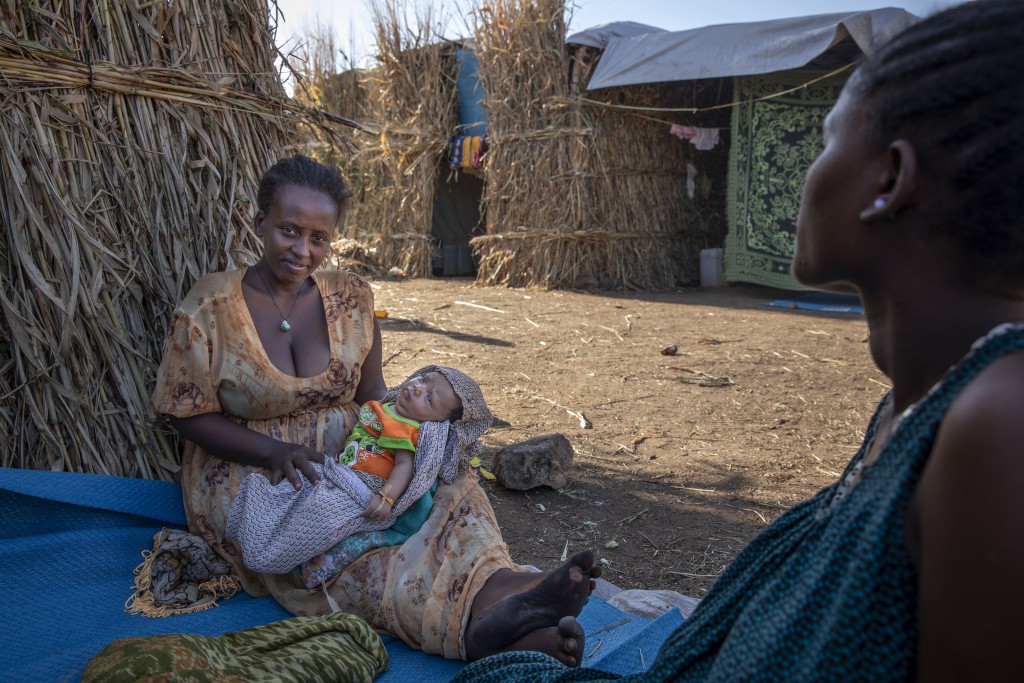 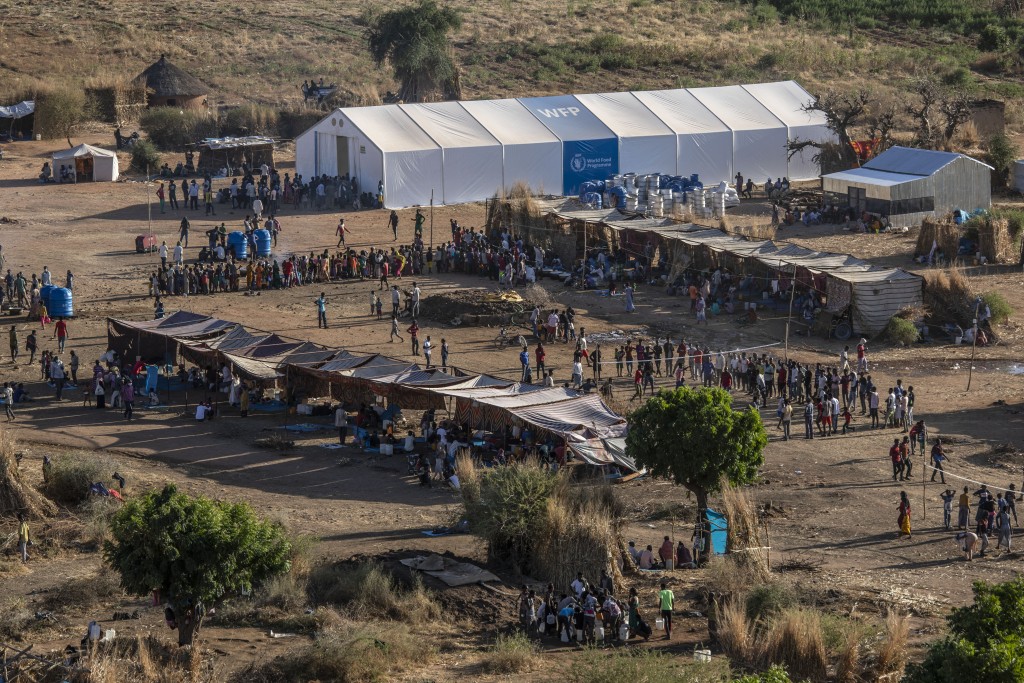 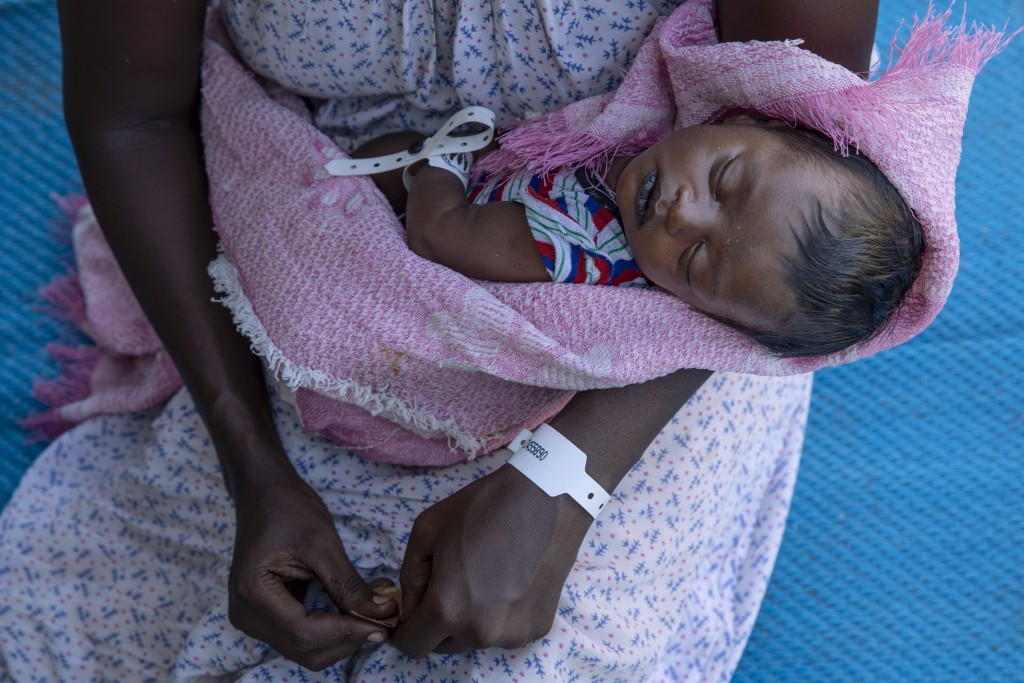 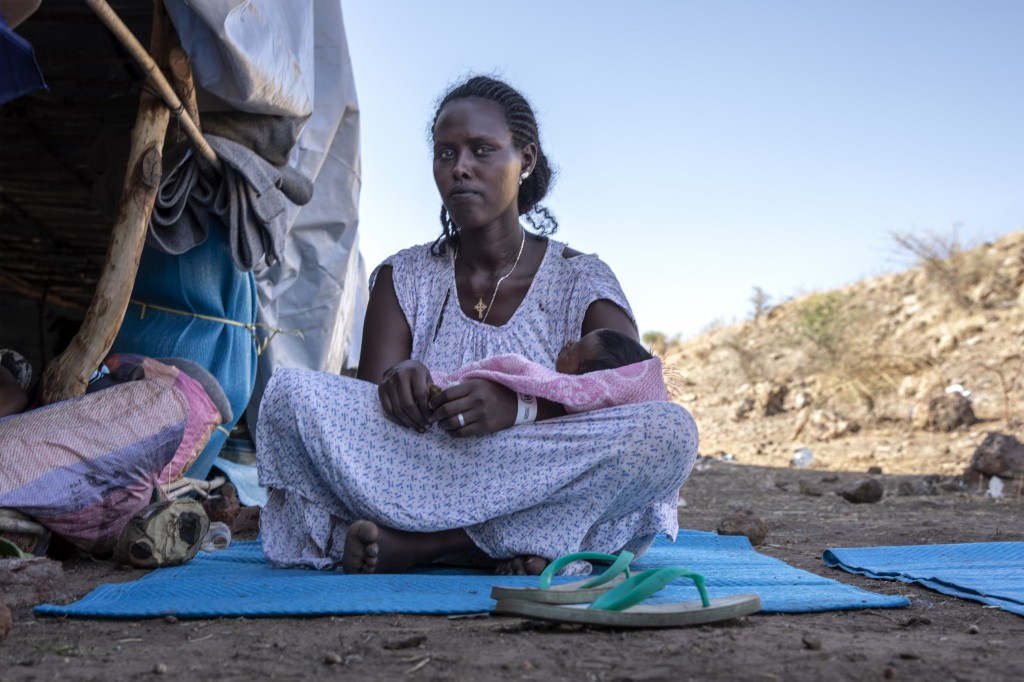 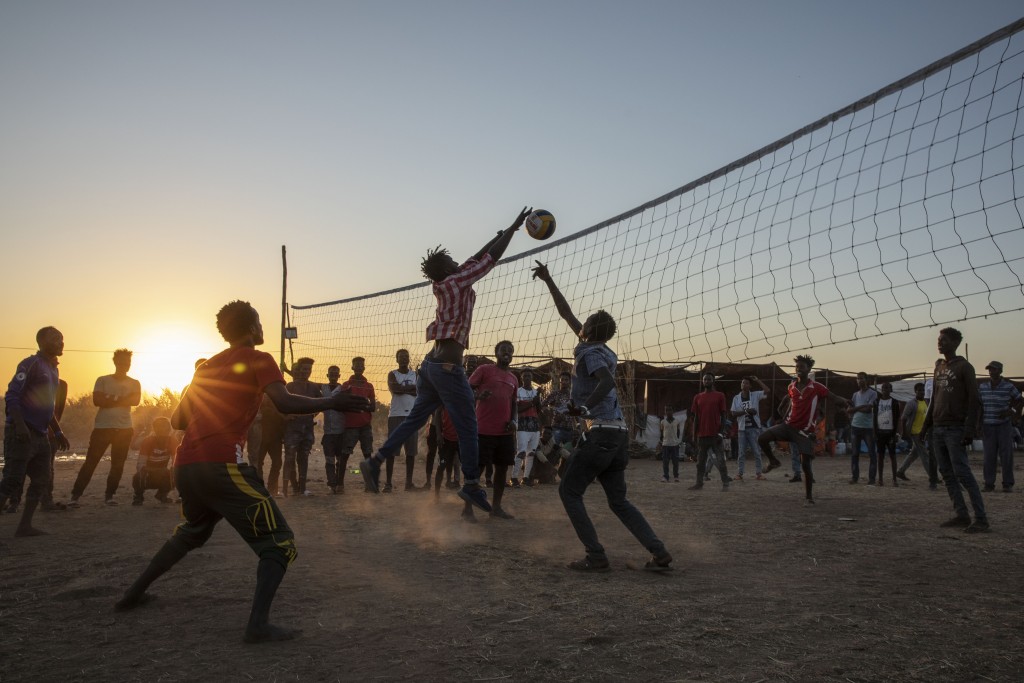 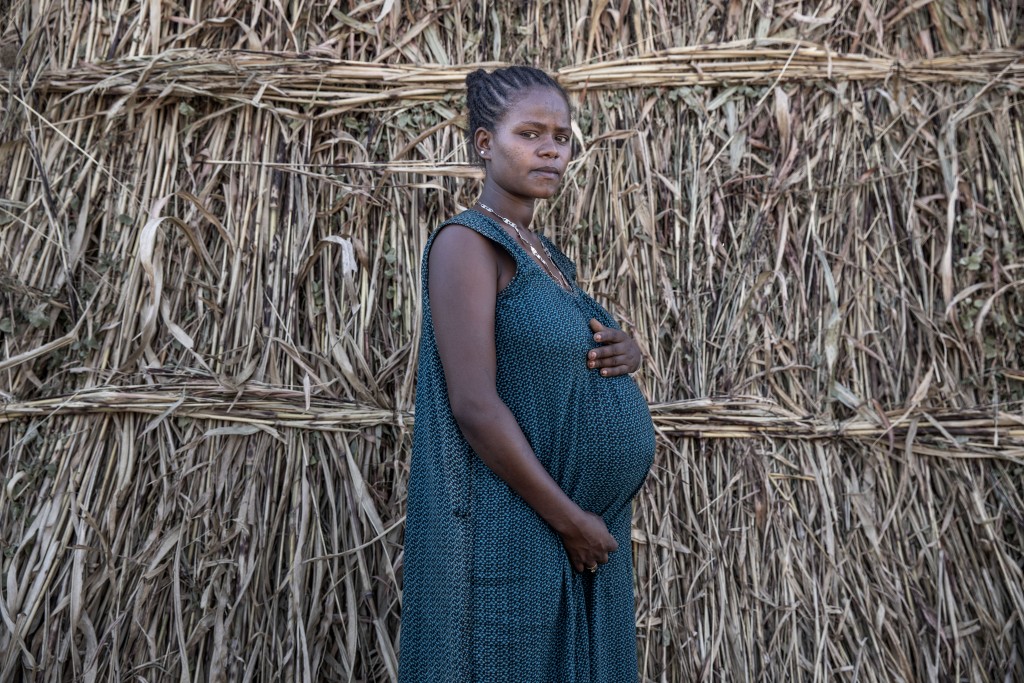 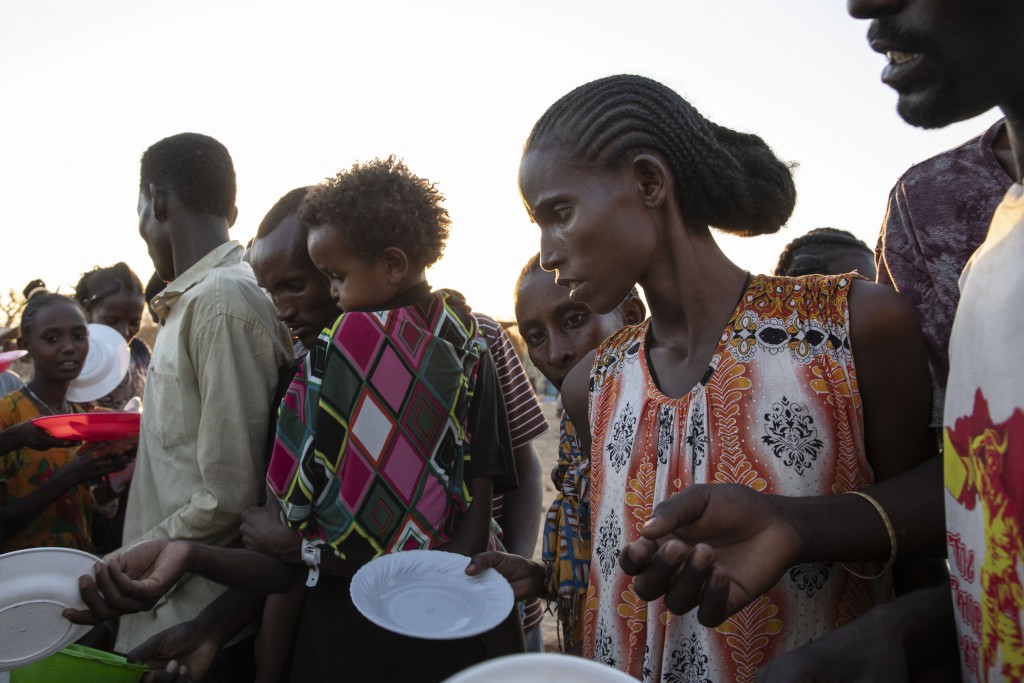 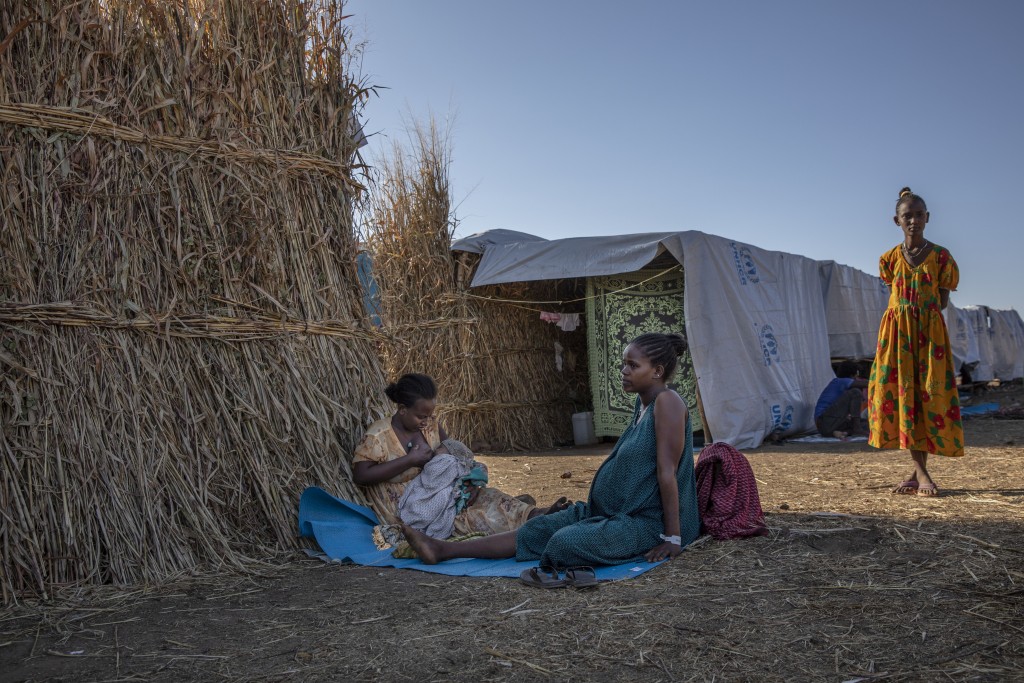 UMM RAKOUBA, Sudan (AP) — The baby was born on the run from war. Her first bath was in a puddle. Now she cries all night in a country that is not her own.

Wrapped in borrowed clothing, the child is one of the newest and most fragile refugees among the nearly 40,000 who have fled the Ethiopian government’s offensive in the defiant Tigray region.

They have hurried into Sudan, often under gunfire, sometimes so quickly they had to leave family behind. There is not enough to feed them in this remote area, and very little shelter. Some drink from the river that separates the countries, and more cross it every day.

“We walked in the desert. We slept in the desert,” said one refugee, Blaines Alfao Eileen, who is eight months pregnant and has befriended Lemlem Haylo Rada, the mother of the newborn. One woman is ethnic Tigrayan, the other ethnic Amhara. The conflict could have turned them against each other, but motherhood intervened.

That, and tragedy. “I do not know where my husband is and whether he’s alive,” Eileen said.

Her journey took four days. “I slept on this scarf that I am holding," she said, "and I would wake up and do it again.”

Almost half the refugees are children under 18. Around 700 women are currently pregnant, the United Nations says. At least nine have given birth in Sudan.

It has been three weeks since Ethiopian Prime Minister Abiy Ahmed sent federal troops into Tigray after accusing the region's forces of attacking a military base. Abiy's government and the regional one each view the other as illegitimate, and the Nobel Peace Prize-winning prime minister on Sunday warned that a final assault to take Tigray's capital is imminent.

Civilians are caught in the middle of what some experts describe as a conflict akin to an inter-state war, so heavily armed is each side.

Many people barely know why they had to flee. Now, people of all classes, from bankers to subsistence farmers, spend up to two weeks in so-called transit centers, waiting in makeshift shelters in arid, almost treeless surroundings just over the border in Sudan; it used to be just two or three days.

Some refugees have little to protect them from the heat and sun and curl under possessions as meager as umbrellas. Men have begun weaving dried grass into temporary homes.

COVID-19 could be passing through the crowds, but the people's focus is elsewhere. More wear crosses around their necks than face masks.

The local Sudanese villagers have been praised for their generosity, but they have little to give.

More permanent camps for the refugees are a drive of several hours away, and there is sometimes not even enough fuel to transport them there. The threat of hostilities remains while they wait so close to the border.

Some overworked humanitarians have used the bare floor of a local building as a makeshift hospital, treating wounds that refugees say were inflicted with machetes as Ethiopia’s long pent-up ethnic tensions were unleashed.

Authorities are trying to keep ethnic Tigrayan refugees separate from ethnic Amhara ones, out of concern about possible clashes.

There is little comfort to be found, even a hot meal. The refugees can wait several hours to receive food. Sometimes they get none.

“I have been here 14 days and have not received anything,” one said. “I have no clothes to wear.” But everyone wears the new plastic bracelet of a refugee, handed out by the U.N. as they are registered.

People sit and wait, and wait. One small girl, frustrated, twisted the head of a plastic doll until the head popped free.

A man wept into the crook of his arm as he held up a tiny photo of his 12-year-old son. The boy was shot dead, he said.

The more permanent camps were last used in the 1980s for Ethiopians fleeing a famine worsened by a yearslong civil war.

For a long time, those images of starving people were seared onto Ethiopia’s reputation. It took decades to turn the country into one of Africa’s biggest success stories, with one of the world’s fastest-growing economies. But behind the boom, political repression kept hostilities among ethnic groups in check.

“We felt like we’d made it, and we were happy,” recalled Menas Hgoos, who now finds herself fleeing to Sudan a second time. “And now Abiy Ahmed is attacking us, we just left with only the clothes on our backs.”

Many of the new refugees are too young to remember past miseries. They are suddenly too burdened with their own — and with worries for those who did not make it out.

“There are also a lot of people who live there who can’t escape here,” said Haftoun Berha, pausing to think of loved ones who are now impossible to reach. “That is so more sad.”