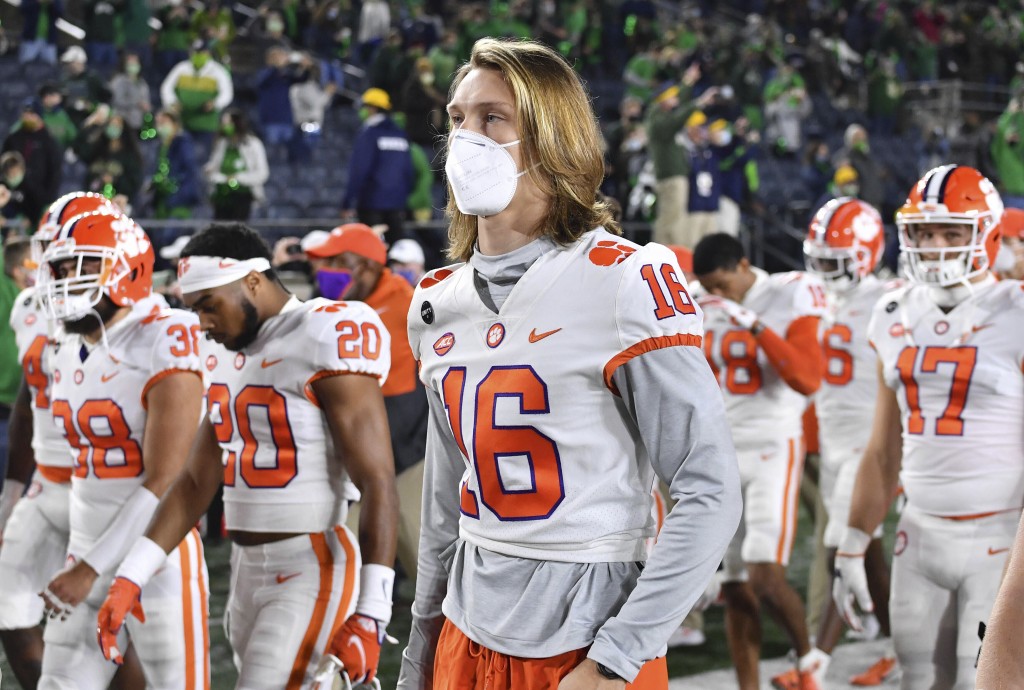 The College Football Playoff put out a news release to get fans ready for the season's first selection committee rankings Tuesday night.

The takeaway: It's business as usual for the CFP, even if this college football season has been anything but.

The first rankings often get a lot of attention but there is a lot of football left. In six seasons of the playoff, the first top four has never included all the eventual playoff teams. In fact, only twice (2017 and '18) has it included three of the four eventual semifinalists.

There is one odd pattern: The team ranked third in the committee's first rankings of the season has never made the playoff, including Alabama last year. It was the first time the Crimson Tide missed the playoff.

The first rankings are not, however, irrelevant. What to watch for when they are unveiled:

Q: Where will the committee rank Cincinnati and BYU?

A: AP voters have the Bearcats seventh and the Cougars eighth. A non-Power Five team has never been ranked better than 12th (UCF in 2018) in the first CFP rankings. If either of these unbeatens want to entertain realistic hopes of breaking into the final four and getting a chance to play for the national championship, a top-10 ranking to start seems essential.

BYU's ranking is especially important because the Cougars only have one game left on the schedule, against San Diego State (3-2).

There has been a lot of chatter about BYU and Cincinnati putting together a game on Dec. 5, when both are currently off. If that is going to happen, both schools will have to make the determination that their rankings make the risk worth the reward.

That reward is not just glory and a bid to a marquee bowl game. Just getting into a New Year's Six bowl is worth $4 million that Cincinnati would share with the rest of the American Athletic Conference and BYU would get to keep all to itself.

Neither school is rushing to risk that payday for a long-shot chance to get into the semifinals.

Q: How much emphasis is put on data points?

A: Teams in the current AP Top 25 have played as many as nine games (BYU) and a few as three (Oregon). Will the committee dock the Ducks or maybe even Ohio State (4-0) a few places because they don't have the body of work like Alabama (7-0), Notre Dame (8-0) and Clemson (7-1)? And if it does, how much of a disadvantage is that for the Pac-12, which is set to play the shortest schedule among in the Power Five conferences?

Q: Where is Clemson?

A: The assumption has been that not having quarterback Trevor Lawrence (who was out with COVID-19) and three injured defensive starters in a loss at Notre Dame would make the selection committee go easy on the Tigers. Where Clemson sits in the first rankings could give a hint about the Atlantic Coast Conference's chances of getting two teams into the playoff.

Q: How much does head-to-head matter?

A: Texas A&M beat Florida on a last-second field goal in College Station in October, but since then the Gators have been rolling. Not that the Aggies haven't, but a two-week COVID-19 pause has kept them off the field. Will the committee place the Aggies ahead of the Gators based on one close result or give the nod to hot team?

This is also applicable in the Big 12, where Iowa State beat Oklahoma, but the Sooners have gotten key players back from suspension and seem to be playing better every week.

A: A two-loss team has never made the playoff and this is probably not a season where that will change. But where the highest-ranked Big 12 team lands is worth keeping an eye on to determine just how much chaos would be needed to make that a possibility.

“I don’t know that, especially in 2020, that really the first couple of weeks should play in nearly as much as, you know, the last month of the season,” said Texas coach Tom Herman, whose Longhorns are 5-2. “And I do know that, we kind of beat each other up in this conference and that’s the beauty of having parity.”

The lobbying and posturing has already begun.