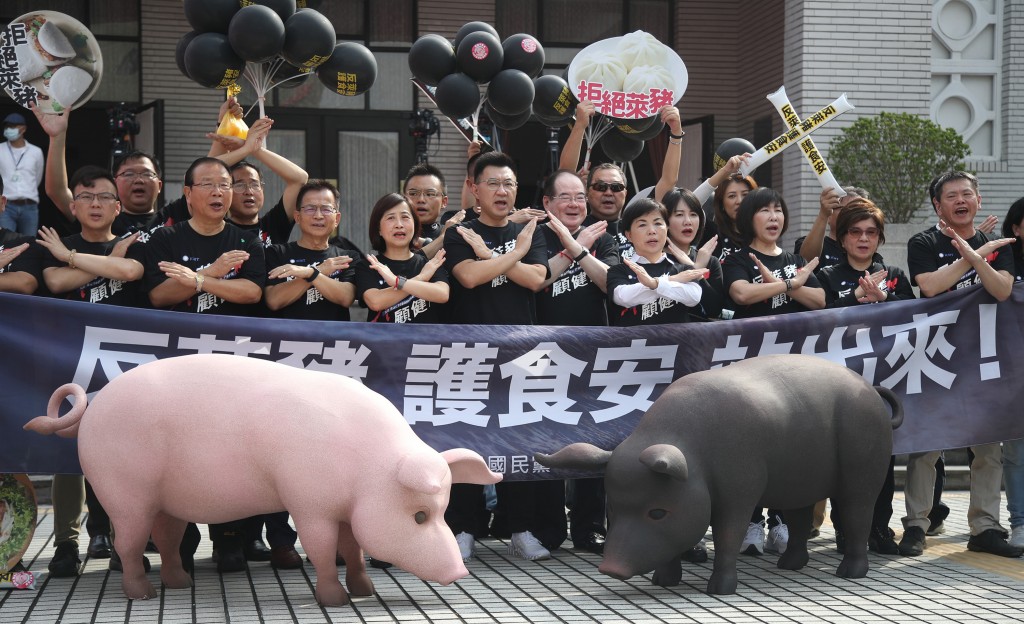 TAIPEI (Taiwan News) — Kuomintang (KMT) Secretary-General Li Chien-lung (李乾龍) said on Tuesday (Nov. 24) that if President Tsai Ing-wen (蔡英文) is unwilling to engage in a debate with the KMT concerning imported U.S. pork containing the leanness additive ractopamine, the party will take to the streets again.

KMT Chairman Johnny Chiang (江啟臣) previously claimed that the Tsai government did not clearly explain the implications of relaxing restrictions on American pork to the public. Therefore, he has invited President Tsai Ing-wen to have a televised debate with him, CNA reported.

During a radio interview Tuesday morning, Li said that the KMT will formally invite President Tsai to a debate and that if she does not agree to participate, the party will plan another march in order to ensure food safety for the Taiwanese.

Li emphasized that the KMT wants to be a qualified opposition party and that the party’s viewpoint on ractopamine pork is based on public opinion. Li also said that if President Tsai does not accept the debate, then the KMT will protest on the streets, adding that public opinion must be expressed.

When asked what actions the opposition party would take if President Tsai was unwilling to debate, Li only said that the KMT would continue demanding Premier Su Tseng-chang (蘇貞昌) apologize and explain why ractopamine pork was allowed.

Li then said that the ultimate goal of fighting this pork issue is to have President Tsai step down. He also claimed that the reason why cross-strait relations are now in such a strained state is because of the president's own actions.

During Ma Ying-jeou's (馬英九) presidential administration, the government had reviewed the safety of ractopamine and concluded there were no negative health issues linked with eating meat containing ractopamine. As a result, Ma drafted a food safety amendment aimed at conditionally easing the ban on ractopamine residues in beef imports.

In July 2012, Ma said that Taiwan risks "jeopardizing any chance of signing free trade agreements with other nations if [the U.S. ractopamine meat issue] is not resolved.”