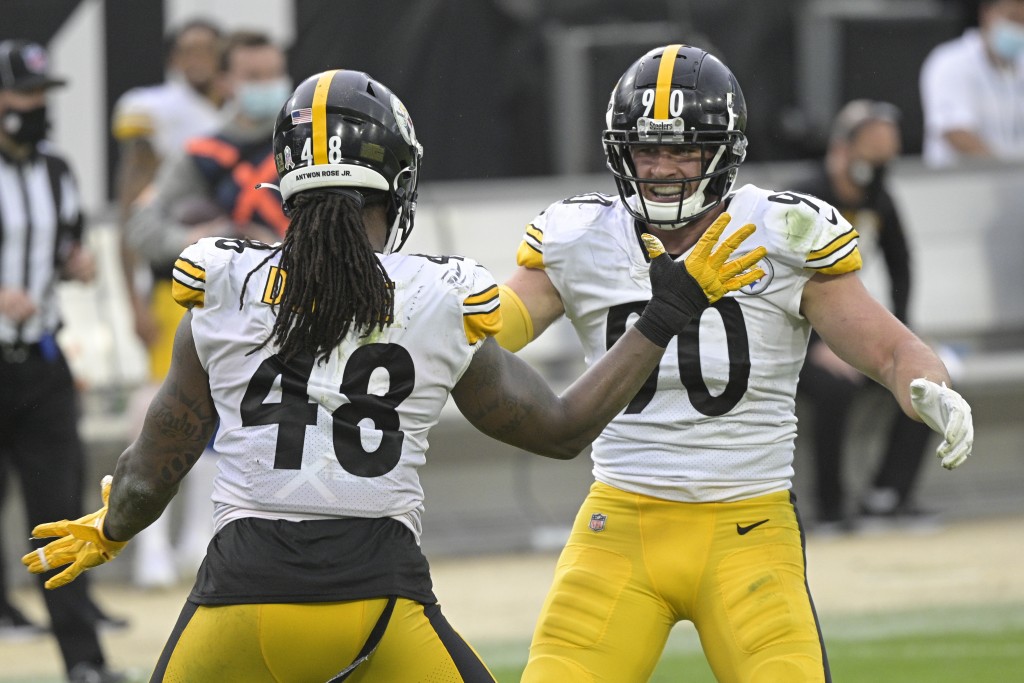 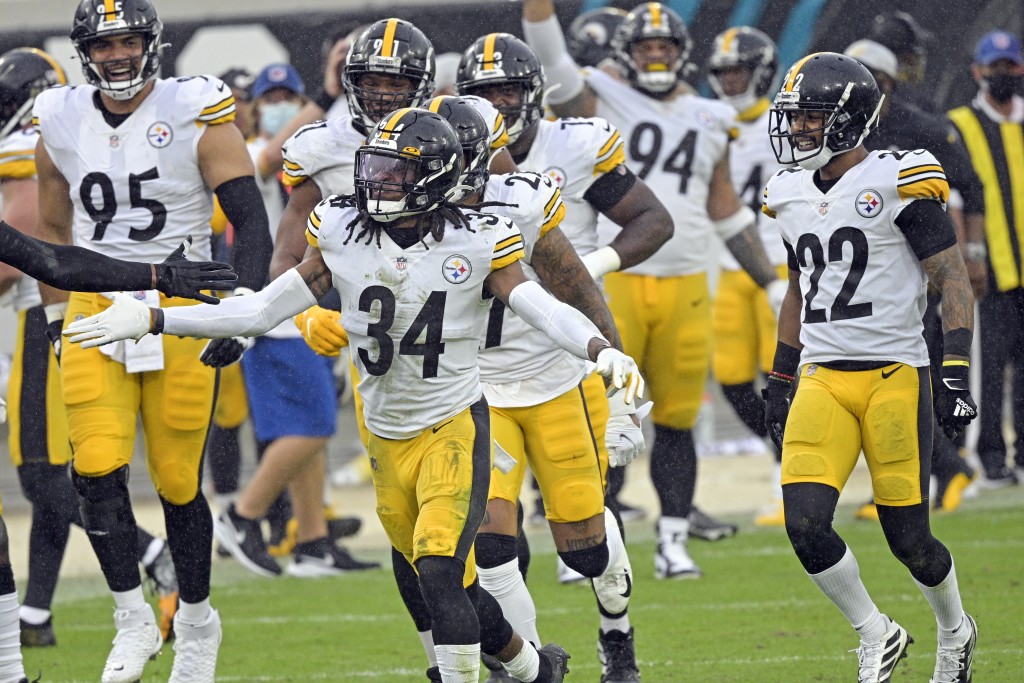 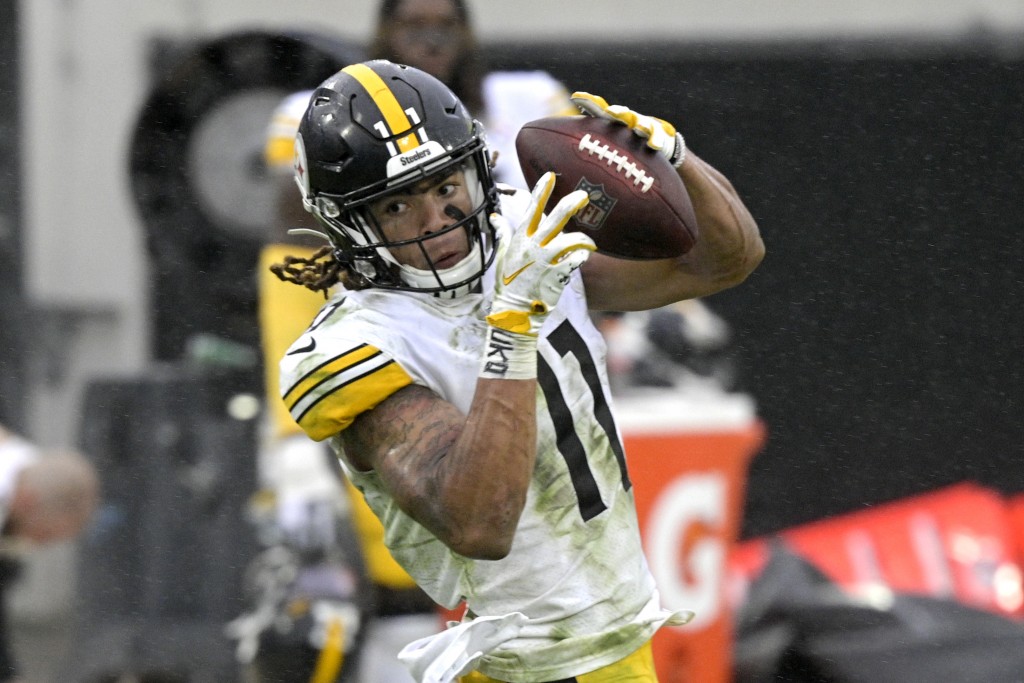 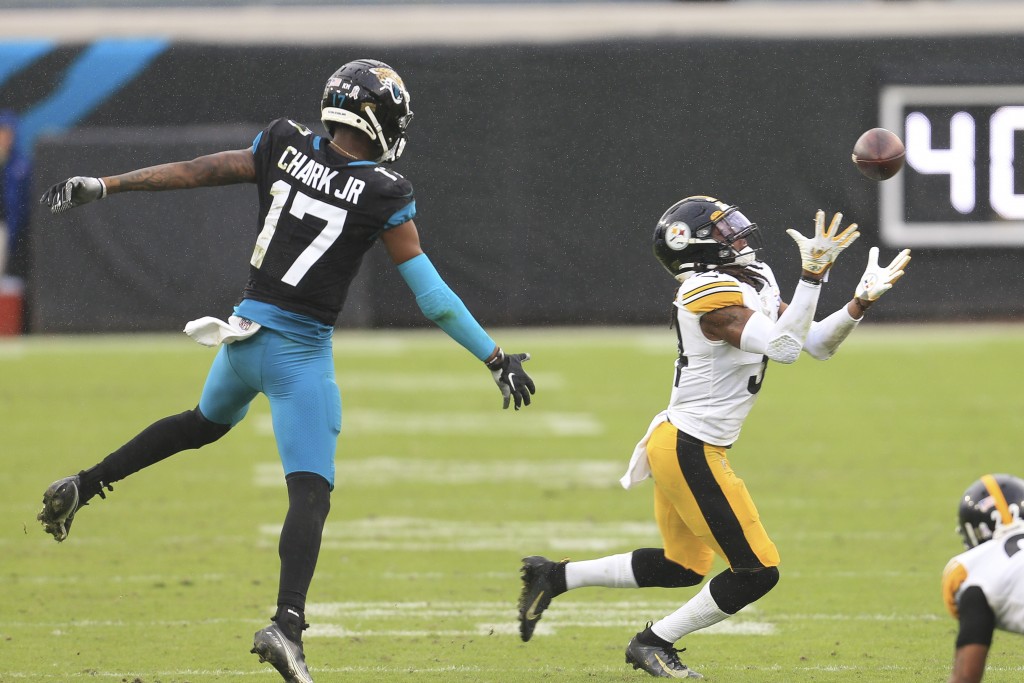 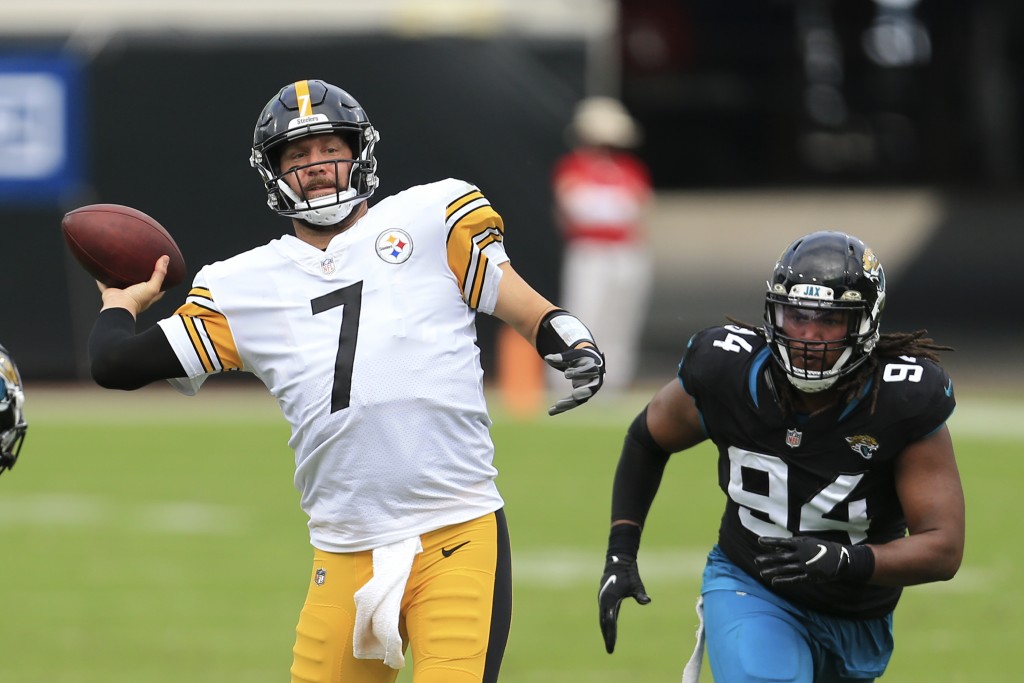 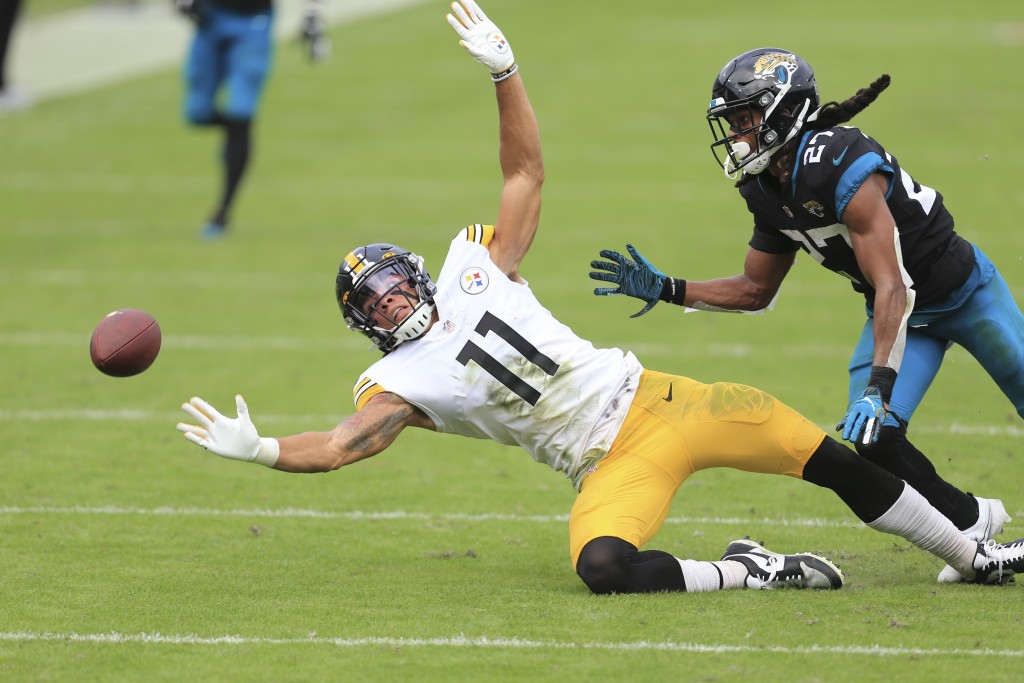 PITTSBURGH (AP) — Ben Roethlisberger doesn't want to get into the comparison game. The Pittsburgh Steelers quarterback doesn't see the point.

So while the wins keep piling up — the latest a drama-free 27-3 victory over Jacksonville on Sunday that pushed Pittsburgh to 10-0 — Roethlisberger remains intent on making sure his team stays focused on the little picture, not the big one.

So save the talk about the 1972 Dolphins or even, say, the 2008 Steelers for elsewhere. Roethlisberger is too worried about facing rival Baltimore on Thanksgiving to contemplate where his current group fits in historically.

“As long as we win football games, we don’t need to compare ourselves to anybody else, offensively, defensively, any other team or anything like that,” Roethlisberger said. "We feel like we’re our own unique team and that we’re special in who we are, so we just want to win and do everything we can to win a Super Bowl.”

And that — as it has largely been since Roethlisberger's rookie season in 2004 — remains the ultimate litmus test on how 2020 will be judged. The Steelers keep reminding anyone who will listen that they haven't done anything yet. They haven't clinched a playoff berth. Or a division title. Or home-field advantage throughout the postseason.

All these Ws they've racked up will serve as a mere footnote in history if their final game doesn't end with them standing amid a sea of confetti in Tampa Bay after capturing the franchise's seventh Super Bowl title.

The rest of it? A chance at going 16-0, Roethlisberger's long-time-coming entry into the Most Valuable Player conversation and a defense that is showing hallmarks of rivaling the 2008 group that led the team to a championship, all of that is just outside noise.

“We’re chasing Lombardis, so that’s the most important thing for us,” Roethlisberger said.

A chase that could pick up significant steam if the Steelers find a way to beat the suddenly reeling Ravens (6-4) for the second time in 26 days. Pittsburgh erased a 10-point halftime deficit in Baltimore on Nov. 1 to rally for a message-sending 28-24 victory. The defense allowed 457 yards — the kind of thing the 2008 group led by Troy Polamalu and James Harrison would never do — but also forced Ravens quarterback Lamar Jackson into four turnovers, which the 2008 group would do with alarming regularity.

“The catalyst for it all is the guys are playing extremely hard and fast, that is as a collective,” coach Mike Tomlin said. "I think that creates the frenzy that provides the wave that we ride.”

A wave the team insists it is not close to cresting. The Steelers are unbeaten and unsatisfied. It's a combination they believe can carry them to early February.

“We have one purpose bro," tight end Eric Ebron said. "And if we don’t fulfill it, we ultimately will have failed.”

The decision to place the franchise tag on outside linebacker Bud Dupree rather than let him walk in free agency turned out to be the right call. Dupree's play over the first 10 games has proven his breakout 2019 was not a fluke. Dupree has already had eight sacks and is on pace to surpass the career-best 11 1/2 he had a year ago, when Pittsburgh opted not to offer him a contract extension. He's probably too expensive to keep long term, but the Steelers can live with that decision if Dupree keeps being among the most disruptive players at his position in the league.

Nit-picking at 10-0 is the equivalent of complaining about a leaky faucet in the master bathroom of your winter estate or that the spare tire in your backup Mercedes is flat. Still, let's.

While Pittsburgh did top 100 yards rushing for the first time in more than a month against the Jaguars, they are still averaging just 3.9 yards per carry, which is 26th in the league. It's true that the Steelers have thrown the ball so effectively an inconsistent running game hasn't been a serious problem. Still, a modest uptick in production would only help matters down the stretch.

The guys in charge of scouting wide receiver prospects. Rookie second-round pick Chase Claypool is now the first rookie receiver in the Super Bowl era to have 10 touchdowns in his first 10 games, and second-year wideout Diontae Johnson — taken in the third round in 2019 — had a career-high 12 receptions for 111 yards, including a juggling grab at the goal line that set up Benny Snell's 1-yard touchdown run just before the half that staked Pittsburgh to a 14-point lead.

Kicker Chris Boswell's franchise-record 25 straight field goal attempts without a miss ended when he pulled a 44-yarder left in the first quarter. Boswell, however, bounced back by making a 47-yarder in the fourth quarter.

Tight end Vance McDonald, who went into the COVID-19 protocol two weeks ago, is scheduled to practice on Tuesday. Wide receiver JuJu Smith-Schuster and cornerback Joe Haden both received what Tomlin called “bumps and bruises” and their availability on a short week largely depends on whether they can at least attempt to practice on Wednesday.

149. The number of consecutive drop backs for Roethlisberger without being sacked, the longest streak in his 17-year career. The last team to take him down? Baltimore, which got to Roethlisberger twice during their first meeting of the season earlier this month.

Will attempt to sweep the Ravens for just the second time since 2008 on Thursday night. A victory would eliminate Baltimore from the AFC North title race.