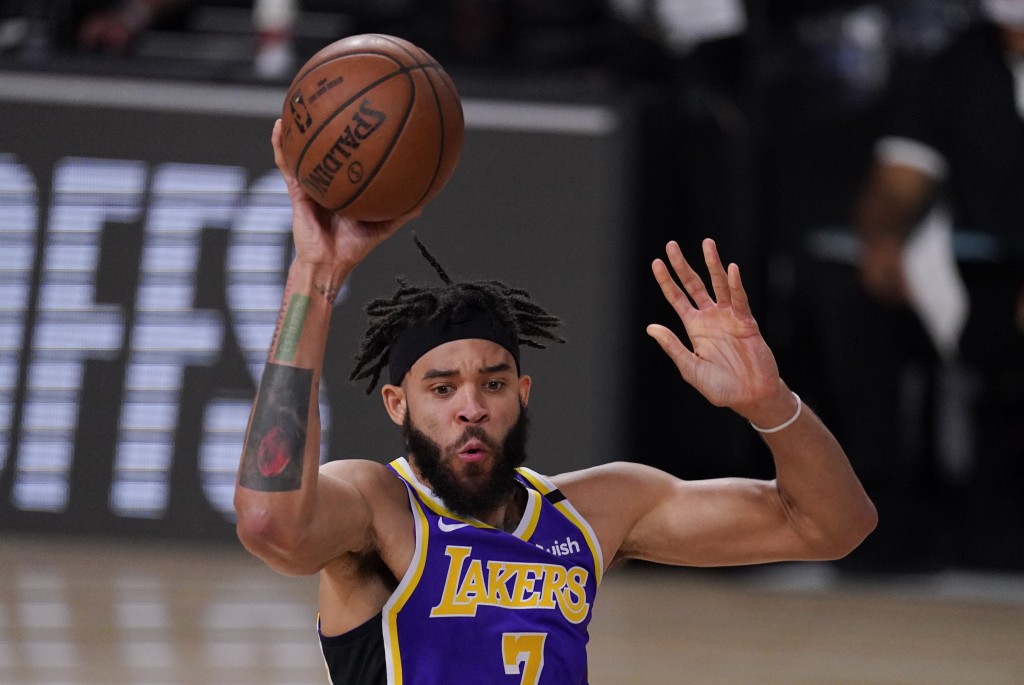 CLEVELAND (AP) — The Cavaliers have found either a temporary replacement for Tristan Thompson or an asset to bring in other talent.

Cleveland announced Monday it has acquired center JaVale McGee and a 2026 second-round draft pick from the Los Angeles Lakers for forwards Alfonzo McKinnie and Jordan Bell. The teams agreed to the deal on Sunday but needed league approval before finalizing it.

Also, the team has a worked out an agreement with free agent guard Matthew Dellavedova, one of the Cavs' most popular players.

McGee, who won NBA titles during two seasons with Golden State before two in Los Angeles, gives the Cavaliers a proven front-line player who can protect the rim and give starting center Andre Drummond a break. The 30-year-old McGee also has an expiring contract, which makes him appealing to teams looking to create salary-cap space.

Thompson left the Cavs last week, agreeing to a two-year free agent contract with the Boston Celtics, one of the teams he faced over nine productive seasons with Cleveland.

The Cavaliers weren't expected to hang on to Thompson, and his departure further separates the organization from its run of four NBA Finals in four years (2015-18).

The 7-foot McGee averaged 6.6 points, 5.7 rebounds and 1.5 blocks last season while helping the Lakers to a championship. During his career, he has averaged 7.9 points and 5.1 rebounds.

Dellavedova has been a solid contributor during two stints with Cleveland. The forever hustling Australian known affectionately as “Delly” to teammates and fans spent three seasons with the Cavs before signing as a free agent with Milwaukee in 2016.

He returned in a trade to Cleveland two years later. The Cavaliers value his leadership and mentoring of young guards Collin Sexton and Darius Garland.