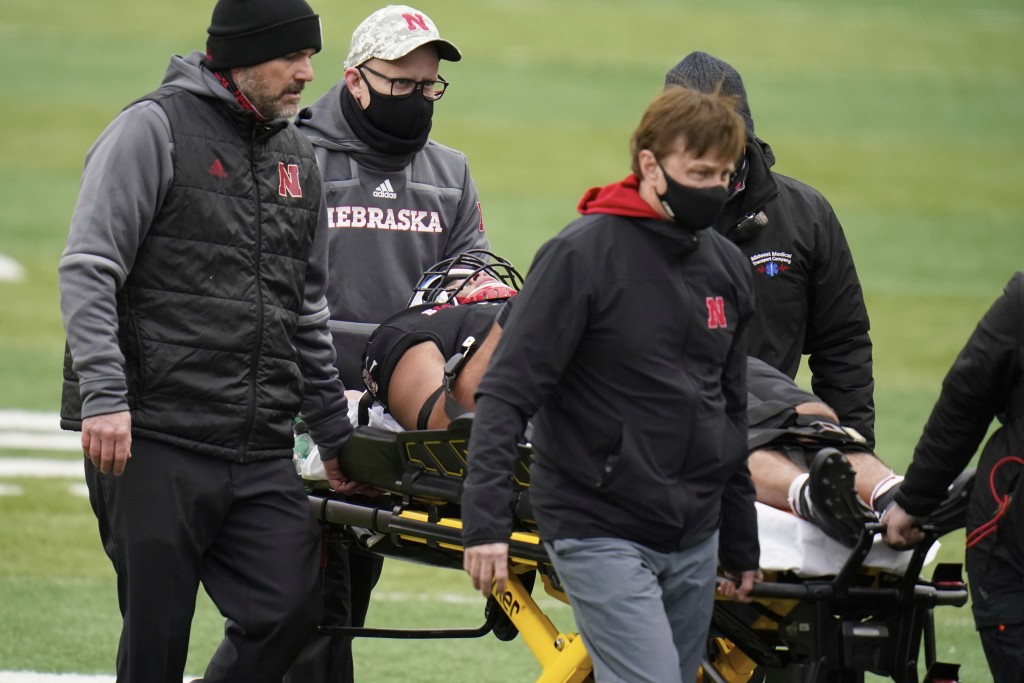 LINCOLN, Neb. (AP) — Nebraska coach Scott Frost said linebacker Collin Miller visited teammates at practice Monday but is unlikely to play the rest of the season after he injured his spine making a tackle against Illinois.

Miller suffered a spinal concussion, which is characterized by a temporary sensory impairment and motor weakness, Frost said. The condition typically resolves in one to three days with no lasting effects, according to the Neural Regeneration Research journal.

“I think he just took a hit in the exact wrong way and it sounds like everything down the road is going to be fine,” Frost said.

Miller was hurt early in the fourth quarter Saturday while tackling Illinois running back Mike Epstein. Miller was taken off the field on a stretcher and hospitalized overnight. The senior captain from Fishers, Indiana, is the Cornhuskers' fourth-leading tackler.

“Collin was at practice today,” Frost said. “He didn't take part in practice. He was out there with his teammates. I gave him a big hug. I think a lot of guys were excited to see him.”