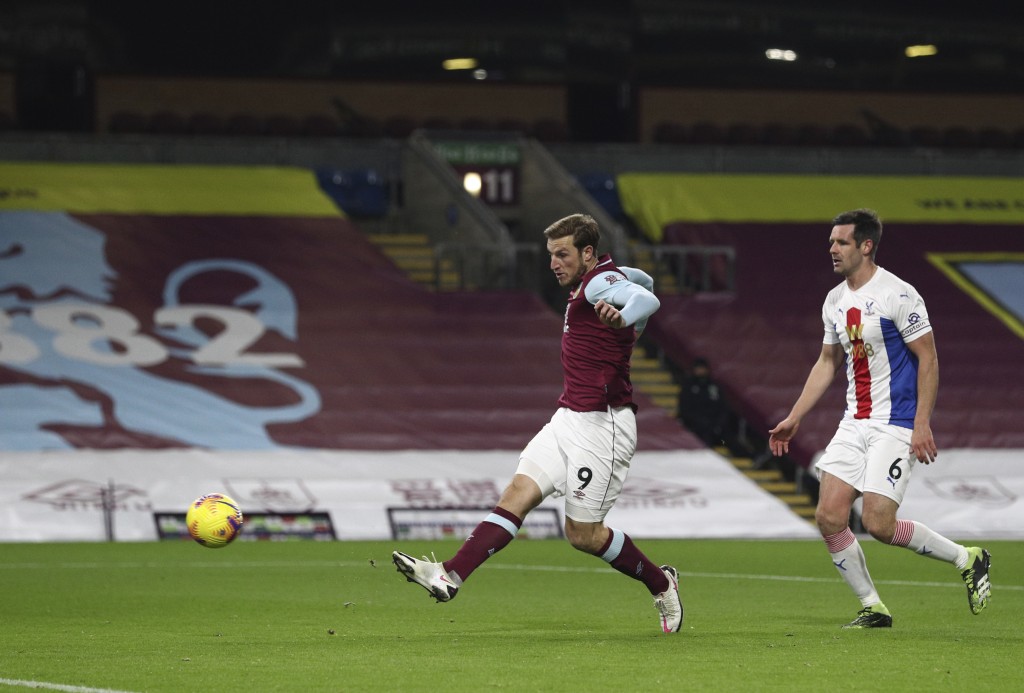 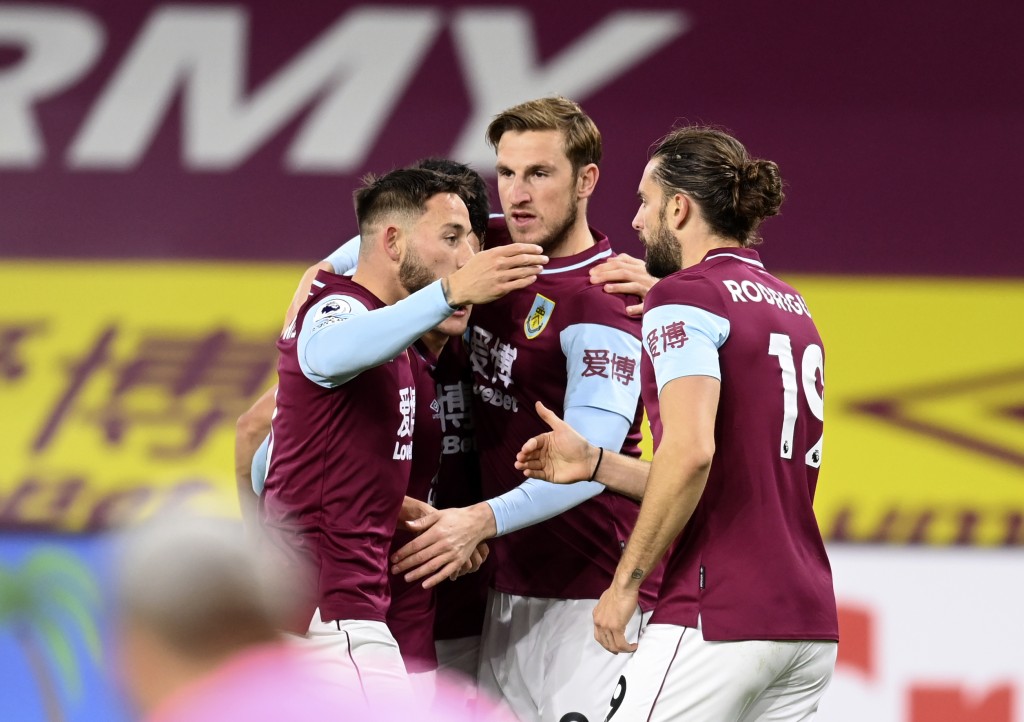 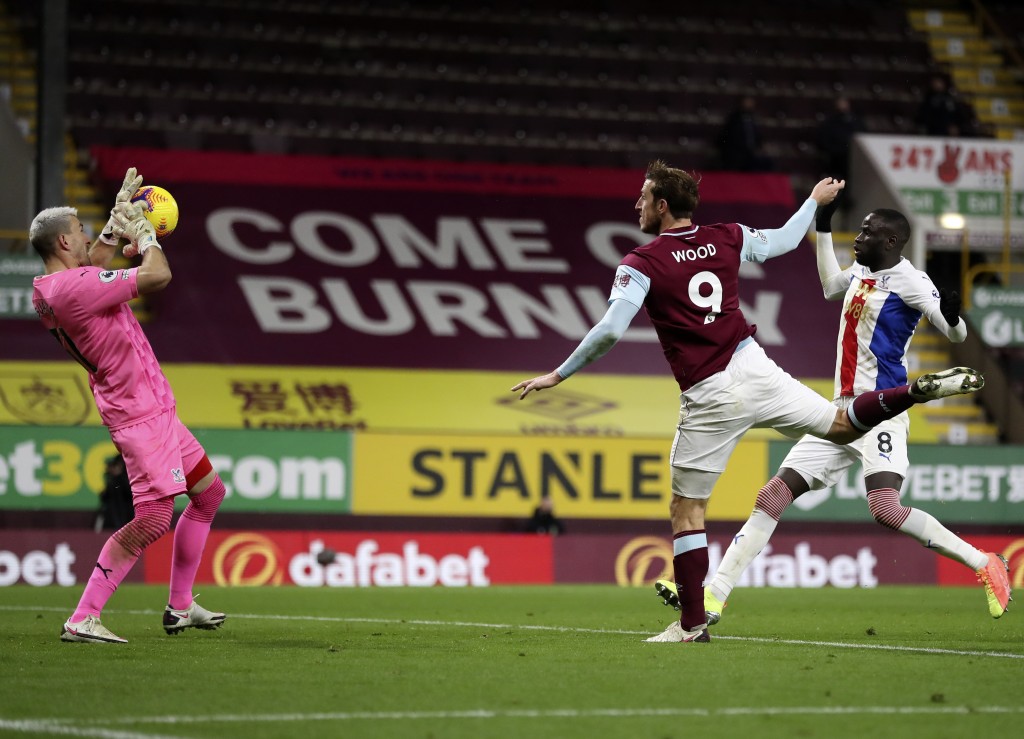 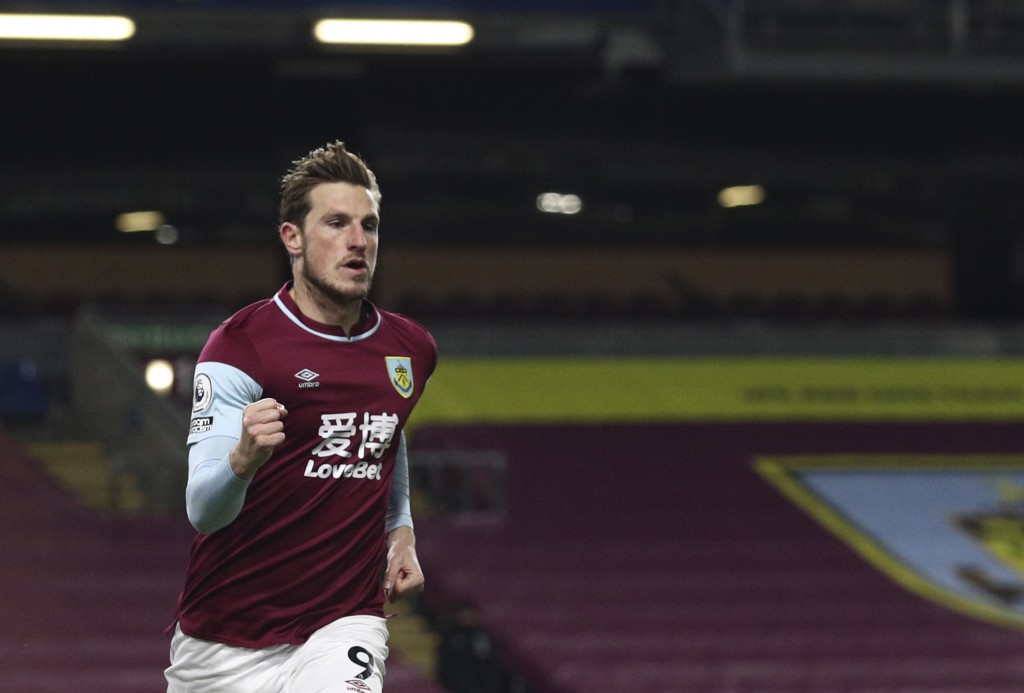 BURNLEY, England (AP) — Burnley finally claimed its first victory in the English Premier League on Monday, 1-0 against a Crystal Palace missing star forward Wilfried Zaha after he tested positive for the coronavirus.

Chris Wood scored in the eighth minute, latching onto a neat flick by strike partner Jay Rodriguez and sidefooting powerfully past goalkeeper Vicente Guaita from a central position.

The chance opened up because of a poor attempted clearance by Palace defender Cheikhou Kouyate, who misdirected a header straight to Rodriguez.

The win in Burnley's eighth game allowed the team to climb out of the bottom three and into fourth-to-last place on five points.

Burnley winger Johann Berg Gudmundsson struck the crossbar at the end of a counterattack midway through the second half, while Palace struggled to create any clear-cut openings without Zaha, who appeared in each of the team’s last 59 Premier League games stretching back to February 2019.

“He has tested positive unfortunately for coronavirus so is self-isolating, and is awaiting the results of the next test,” Palace manager Roy Hodgson said before the game.

“He is not feeling particularly ill, but unfortunately the test proved (positive), and he is following the procedures.”

The best chance for Palace fell in stoppage time to substitute Christian Benteke, whose close-range effort was blocked by the outstretched left hand of goalkeeper Nick Pope.

Wood's goal was Burnley's first at home in the league, and only its fourth in total. ___