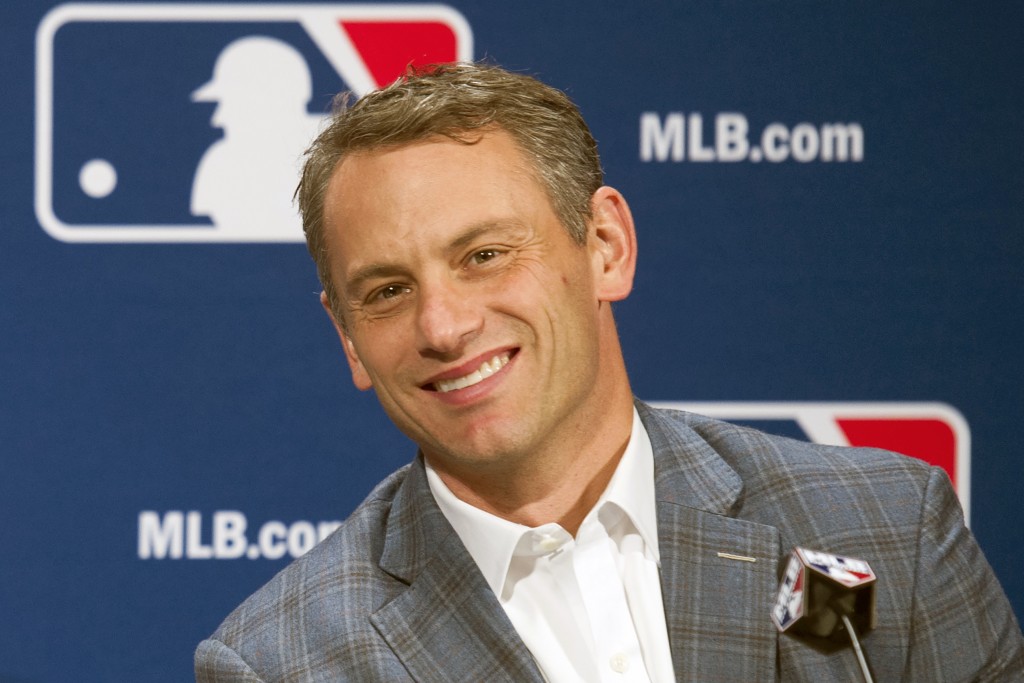 CHICAGO (AP) — Jed Hoyer has a new contract to go with his new position with the Chicago Cubs.

The team announced Monday it had agreed to a five-year deal with Hoyer that runs through the 2025 season. The 46-year-old Hoyer was promoted to president of baseball operations when Theo Epstein stepped down last week.

“My family and I believe he is going to be an incredible baseball operations president,” team chairman Tom Ricketts said in a statement, “and Cubs fans have one of the best in the business leading the team to continue our commitment to sustained success.”

Hoyer could end up shepherding the Cubs' roster through significant turnover. Ricketts has spoken about his desire to avoid paying baseball's luxury tax for big-spending clubs, and the team is still in the middle of expensive multiyear deals for outfielder Jason Heyward and starting pitchers Yu Darvish and Kyle Hendricks. Core players Javier Báez, Kris Bryant, Anthony Rizzo and Kyle Schwarber will all become free agents after next season.

Hoyer had served as the Cubs' general manager since Epstein took over the franchise. The pair worked together for 17 of the past 19 years in Boston and Chicago. The Red Sox won two World Series under Epstein, breaking an 86-year title drought.

Hoyer spent two years running the San Diego Padres' baseball operations before reuniting with Epstein in Chicago, where the pair helped bring the Cubs a World Series championship in 2016, their first title in 108 years.

Epstein and Hoyer were known for heavy reliance on analytics. In Chicago, Hoyer revamped the scouting department while creating and expanding its analytics staff, the team said.