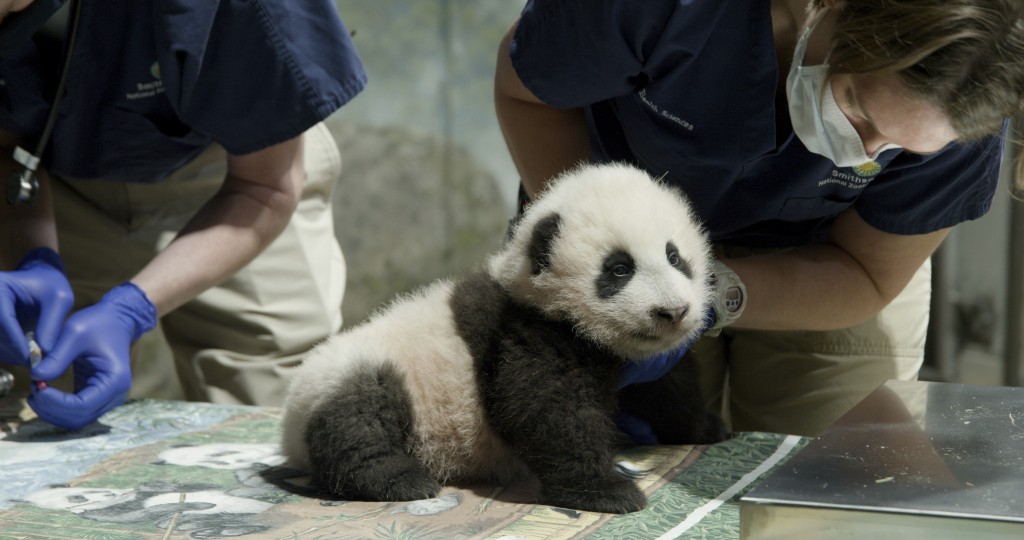 WASHINGTON (AP) — More than three months after his birth, the National Zoo's new panda cub finally has a name.

Officials at the Smithsonian, which runs the zoo, announced Monday morning that the cub born on August 21 would be named Xiao Qi Ji, which is Mandarin Chinese for “little miracle.”

The choice was the result of a five-day online poll that drew nearly 135,000 voters to choose between different Mandarin Chinese names. In a nod to Chinese tradition, the name was not chosen until 100 days after the birth.

Monday's announcement comes on the day the zoo shut its doors to the public for the second time this year due to the the COVID-19 pandemic. Smithsonian officials announced last week that the zoo and the seven museums that had been operating at limited capacity would all shut down indefinitely as the virus continues to spike locally and around the country.

The Smithsonian first shut down all its facilities in mid-March. But the zoo reopened on July 24 and other museums gradually reopened other museums with timed entry passes to keep the crowds low.

Even if the zoo were open, the indoor panda house would have remained closed to the public, making the zoo's popular panda-cam, the only way to view the baby bear, who doctors say is up to 10.4 pounds and starting to crawl.