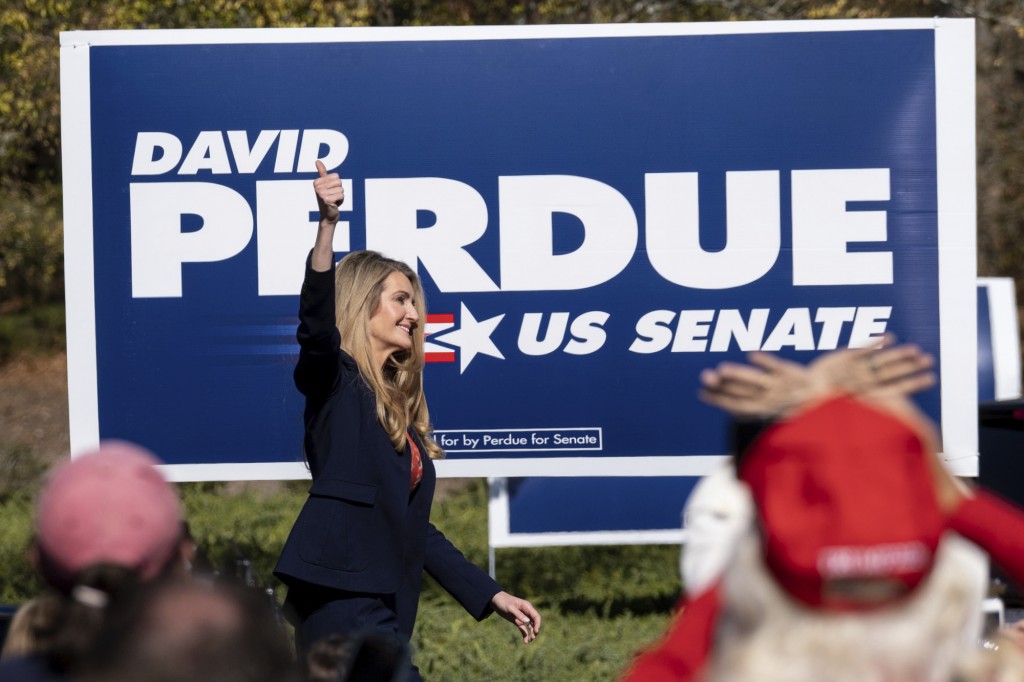 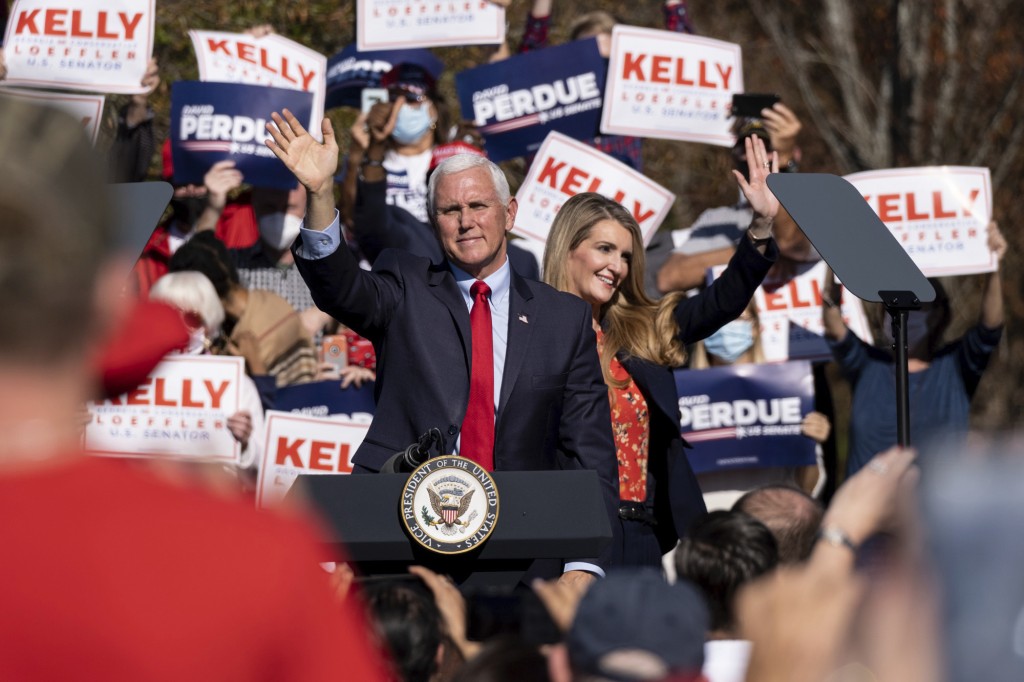 ATLANTA (AP) — U.S. Sen. Kelly Loeffler's latest coronavirus test came back negative, but her campaign said Sunday she will continue to quarantine at least until she gets another negative result.

The Georgia Republican is facing a Jan. 6 runoff in the state's twin U.S. Senate races.

Loeffler took a rapid COVID-19 test Friday evening that came back positive, a day after she campaigned with Vice President Mike Pence and U.S. Sen. David Perdue, who also faces a Jan. 6 runoff.

“Out of an abundance of caution, she will continue to self-isolate and be retested again to hopefully receive consecutive negative test results. We will share those results as they are made available. She will continue to confer with medical experts,” Loeffler campaign spokesperson Stephen Lawson said in a statement.

Loeffler's campaign has said she didn't have COVID-19 symptoms and is following CDC guidelines both to isolate and inform people with whom she had direct contact.

Perdue said before Loeffler's negative test was announced Sunday that he would remain at home as he awaited Loeffler's results. Pence staffers have not indicated whether he has been tested for COVID-19 since campaigning with Loeffler or whether he plans to isolate.

Loeffler has held several rallies in recent weeks with crowds packed into close quarters and many audience members not wearing masks.

Loeffler is facing Democrat Raphael Warnock in a Jan. 5 runoff election — one of two races that will determine which party has control of the Senate. The other race will feature Perdue and Democrat Jon Ossoff.

If the Republican wins either race, then the party will keep control of the U.S. Senate.