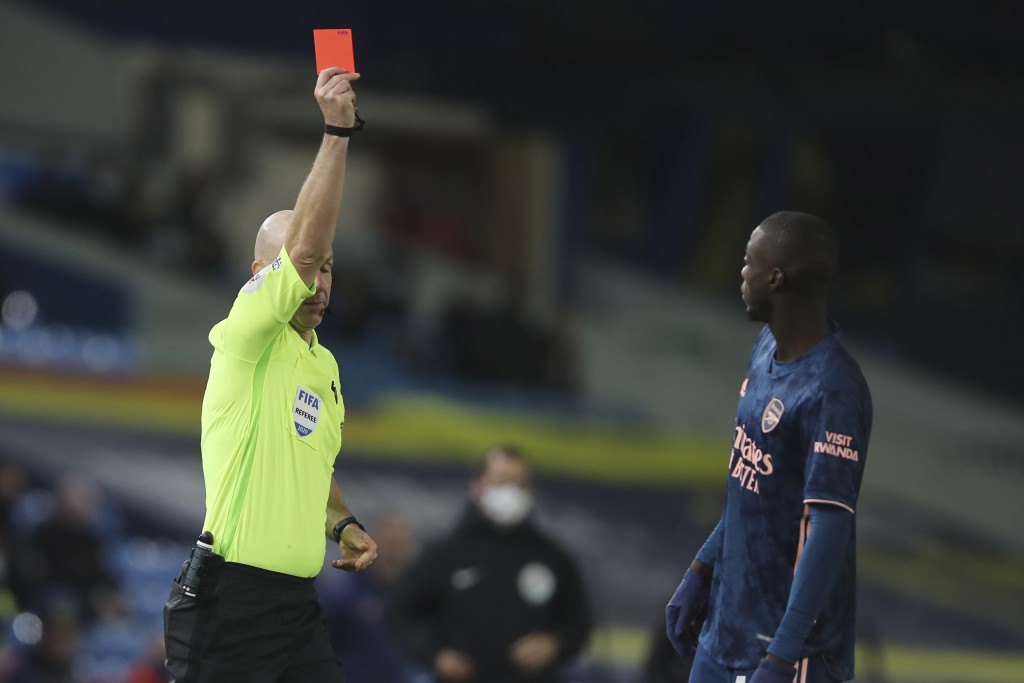 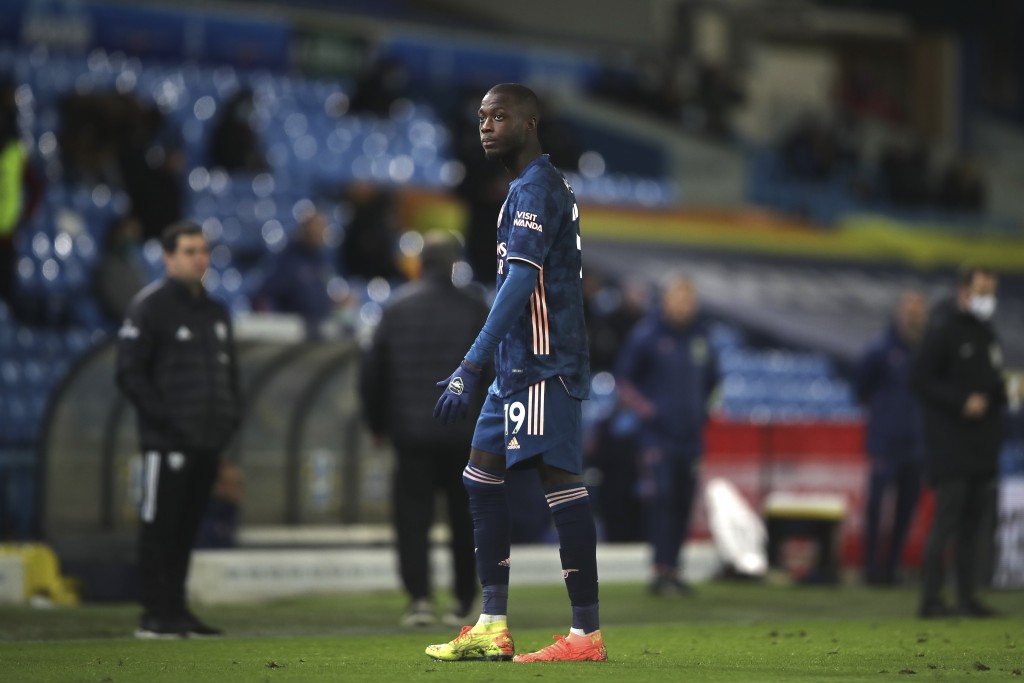 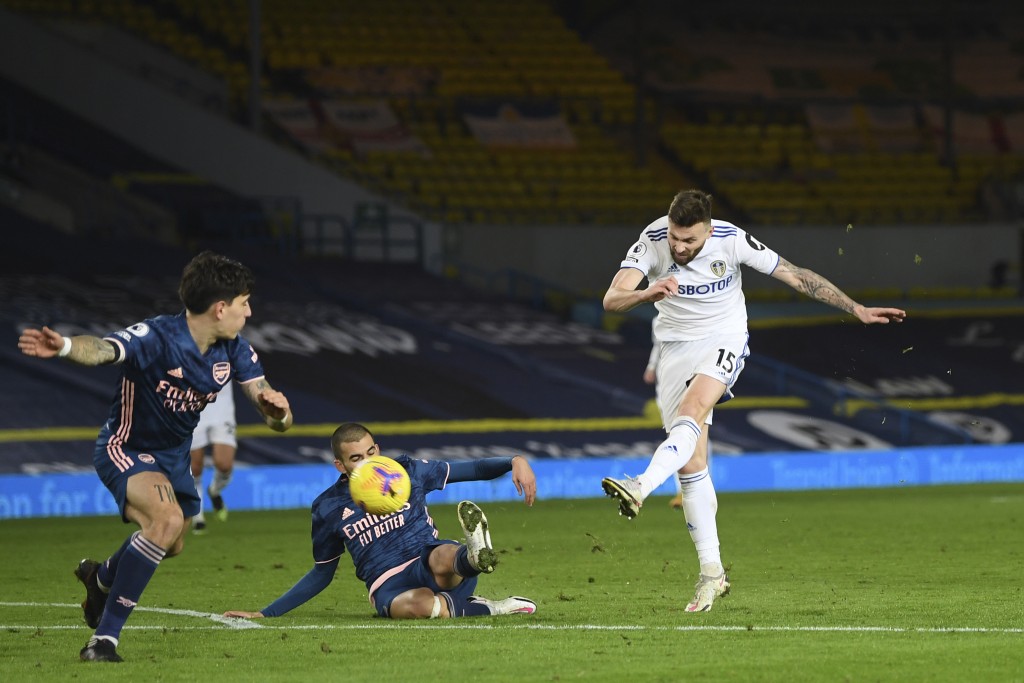 LEEDS, England (AP) — Arsenal coped with the sending-off of Nicolas Pépé for a headbutt to eke out a 0-0 draw at Leeds in the Premier League on Sunday.

The Ivory Coast international was shown a straight red card in the 51st minute after an off-the-ball incident in which he walked up to Ezgjan Alioski and moved his head toward the forehead of the Leeds left back, who fell to the ground theatrically.

Pépé was making just his second start in the league this season, having struggled to establish himself in the team after moving to Arsenal from French club Lille in the offseason of 2019 in a deal worth a reported 80 million euros ($89 million).

Leeds dominated the rest of the second half but couldn’t find a way past Arsenal goalkeeper Bernd Leno, who produced a flying save to tip over a shot from Stuart Dallas before seeing efforts from substitute Rodrigo, striker Patrick Bamford and winger Raphinha hit the crossbar, post and crossbar, respectively.

Arsenal had a chance to snatch victory late on at Elland Road, only for Bukayo Saka to have a shot blocked as he rounded the goalkeeper after being played clean through on goal.

While Arsenal’s strong defensive record continued under Mikel Arteta, the team has failed to score in four of its last five league matches. The only goal in that period was a penalty by Pierre-Emerick Aubameyang in a 1-0 win at Manchester United.

Aubameyang played as the sole striker on Sunday, having typically played on the left wing under Arteta with Alexandre Lacazette usually preferred as the center forward, but the tactical switch had little impact.

Saka went off injured in stoppage time in another blow to Arsenal.