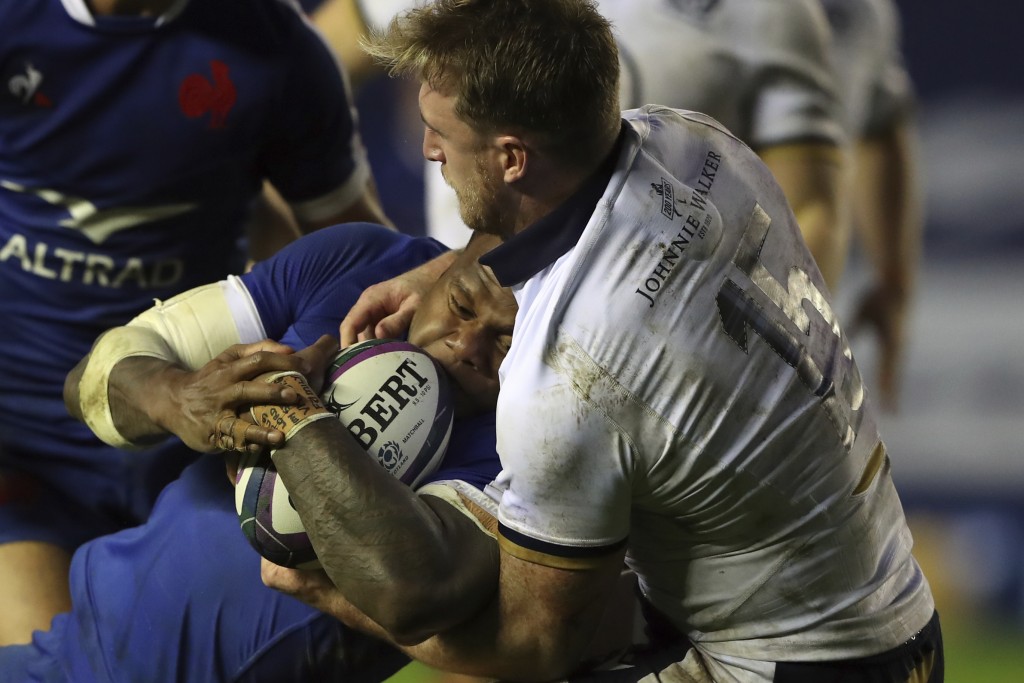 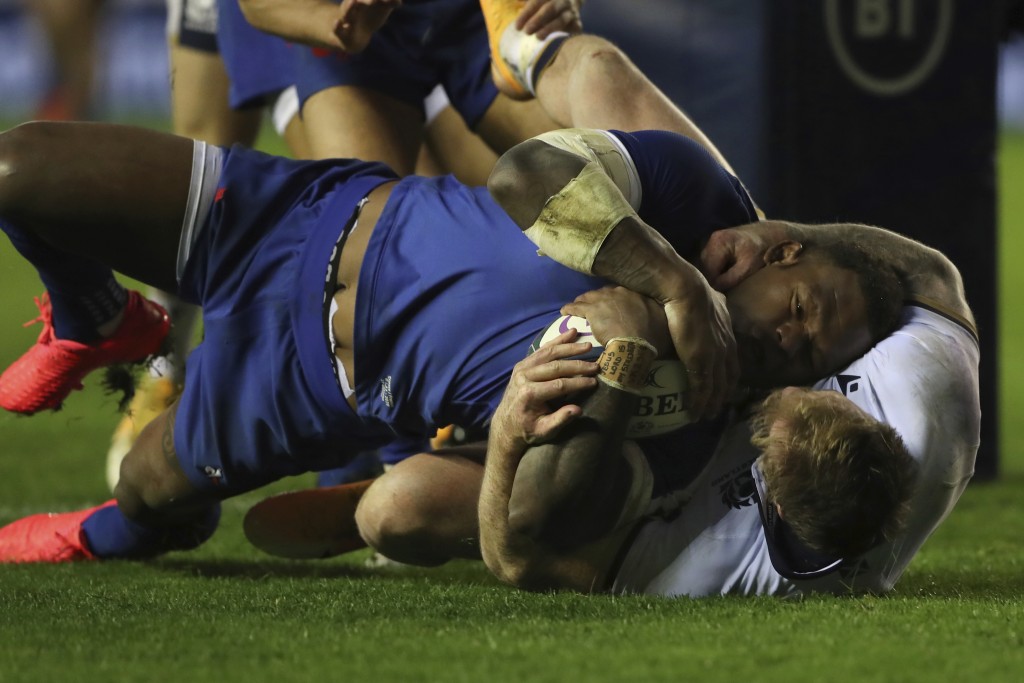 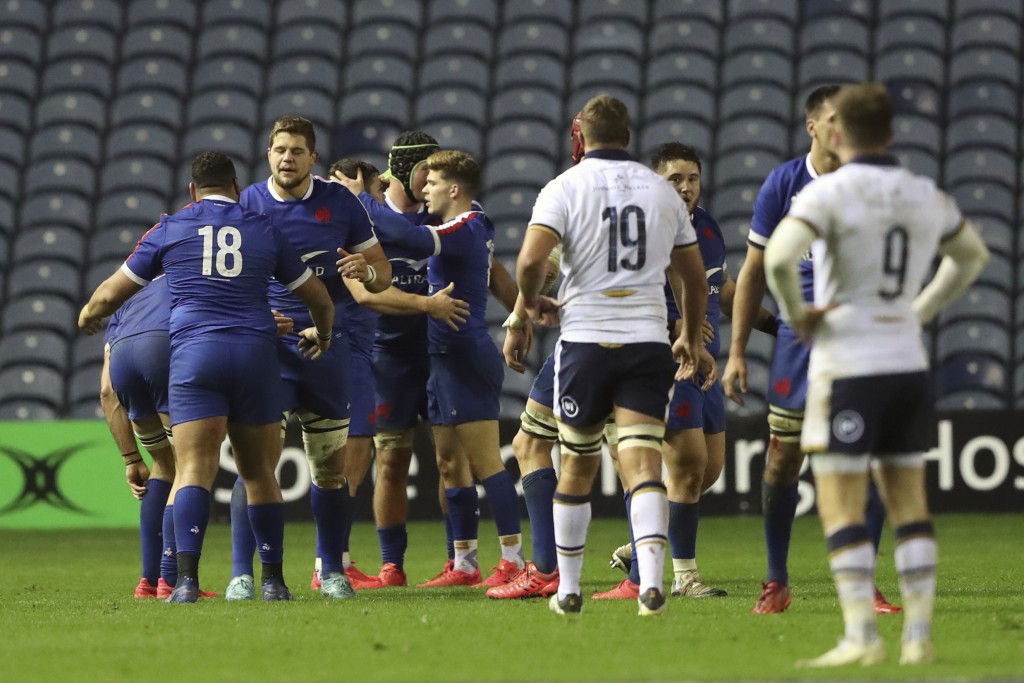 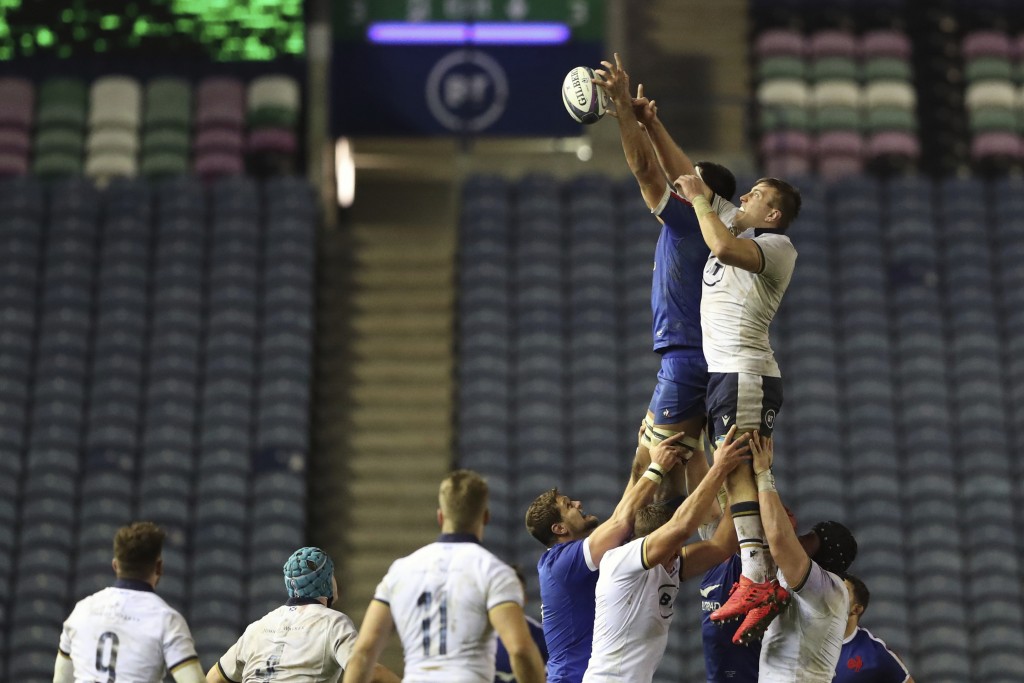 EDINBURGH, Scotland (AP) — Virimi Vakatawa scored the crucial second-half try as France beat Scotland 22-15 at Murrayfield on Sunday to take control of its group in the Autumn Nations Cup and move into position for a shot at the title in the inaugural competition.

With the halftime score at 12-12, the French moved into a lead they wouldn't relinquish when Vincent Rattez came in off his wing to take an inside ball and pierce Scotland's defensive line. He offloaded to strapping center Vakatawa, who shrugged off a tackle by fullback Stuart Hogg and managed to ground the ball over the line in the 42nd minute.

Fullback Thomas Ramos converted and later kicked the last of his four penalties to restore France's seven-point lead, which was enough to consign Scotland to its first loss in six tests.

All of Scotland's points came from the boot of flyhalf Duncan Weir.

France was awarded a 28-0 win over Fiji in Round 1 of the tournament after the Pacific Island nation was unable to play following an outbreak of the coronavirus in its squad. Les Tricolores can secure first place with a win over Italy in Paris next weekend, which would ensure a spot in the title match on the first weekend of December.

France has only lost once to Italy at home, back in 1997.

It was another encouraging result for France, which has lost just once in the pandemic-affected 2020 and narrowly missed out on the Six Nations title.

“It’s just the win that matters, we did it and that’s great for everyone because it was hard," France captain Charles Ollivon said after an attritional game at a virtually empty Murrayfield.

"We’re learning how to win and we will have to keep that going.”

Scotland beat Italy 28-17 on the opening weekend and is also set to get a 28-0 win over Fiji after their match next weekend was canceled more than a week in advance because of the positive COVID-19 tests in the Fiji camp.