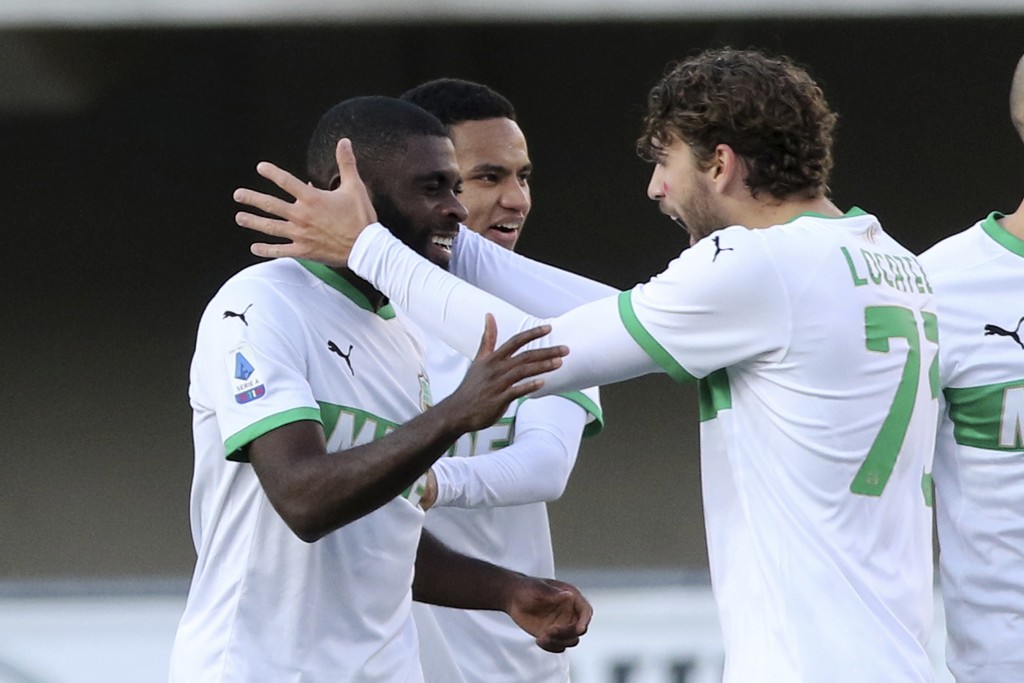 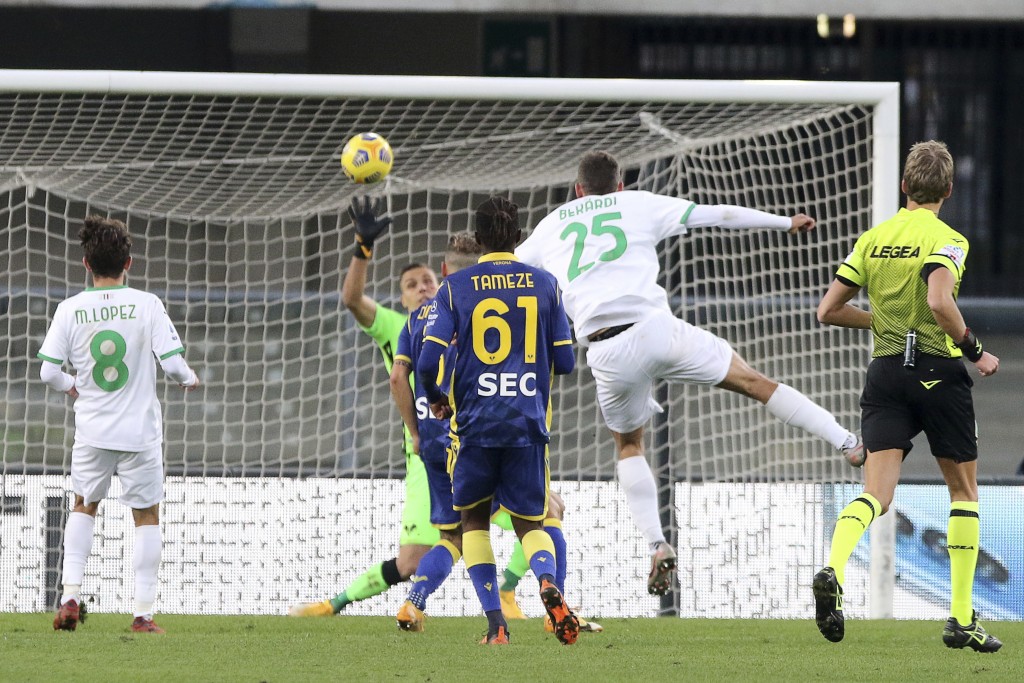 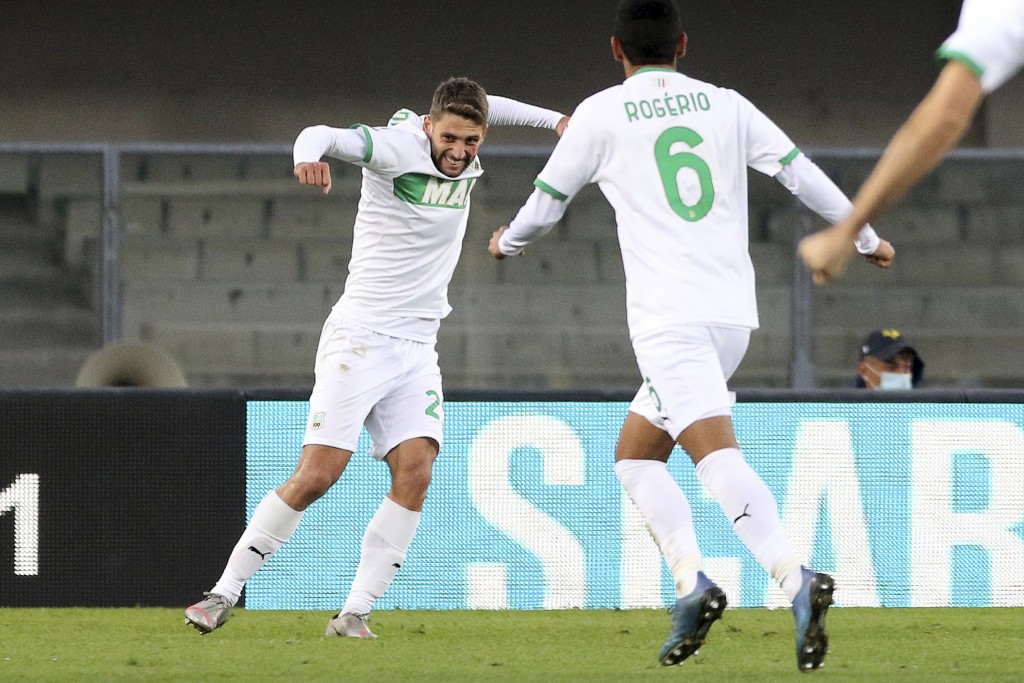 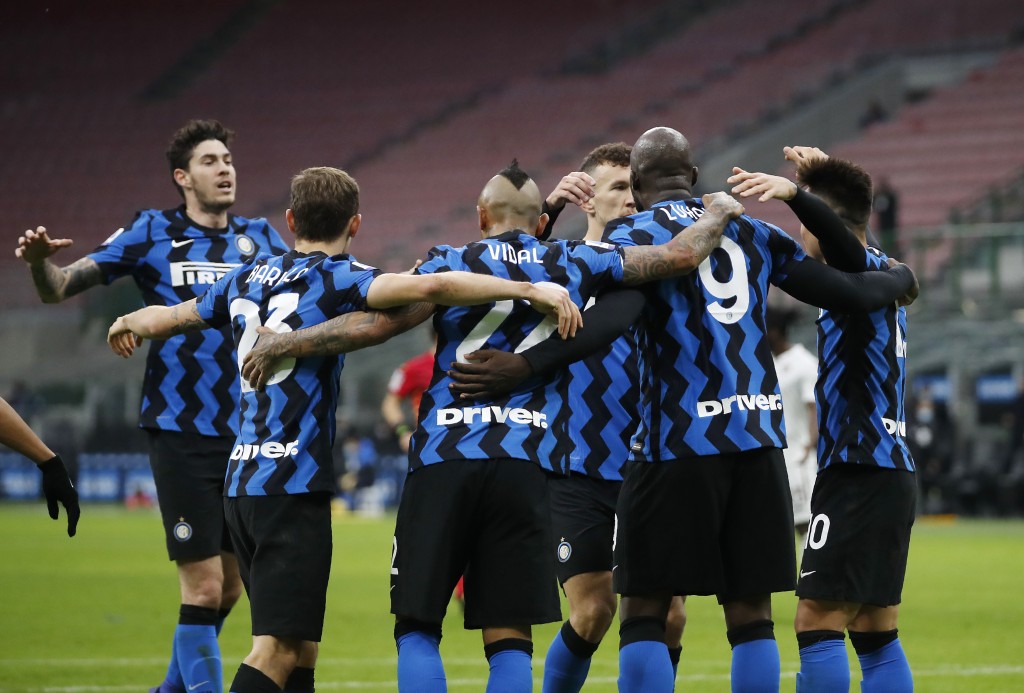 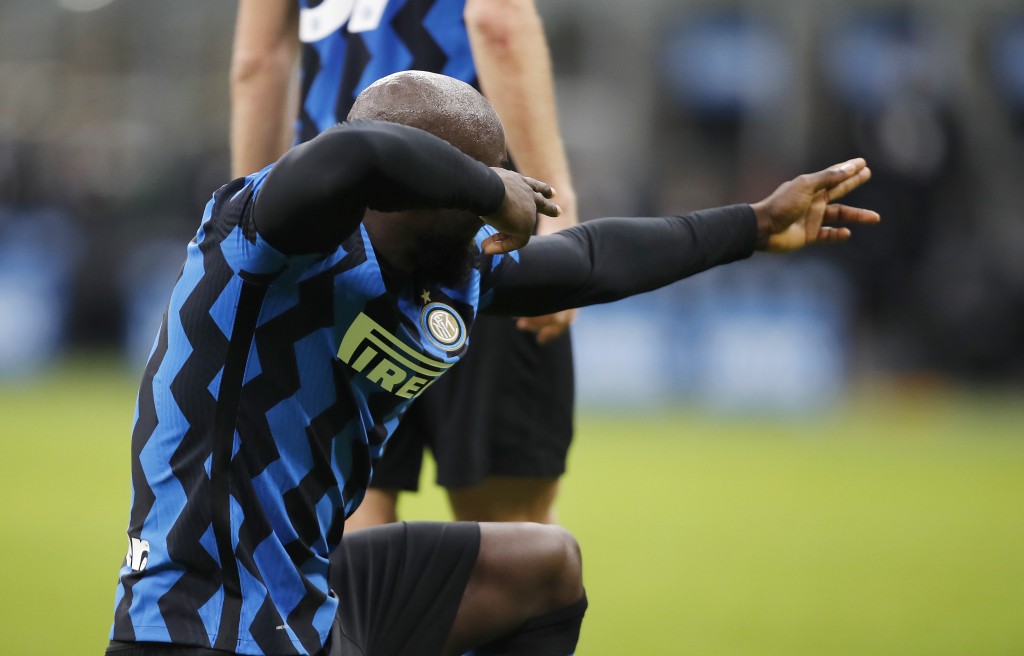 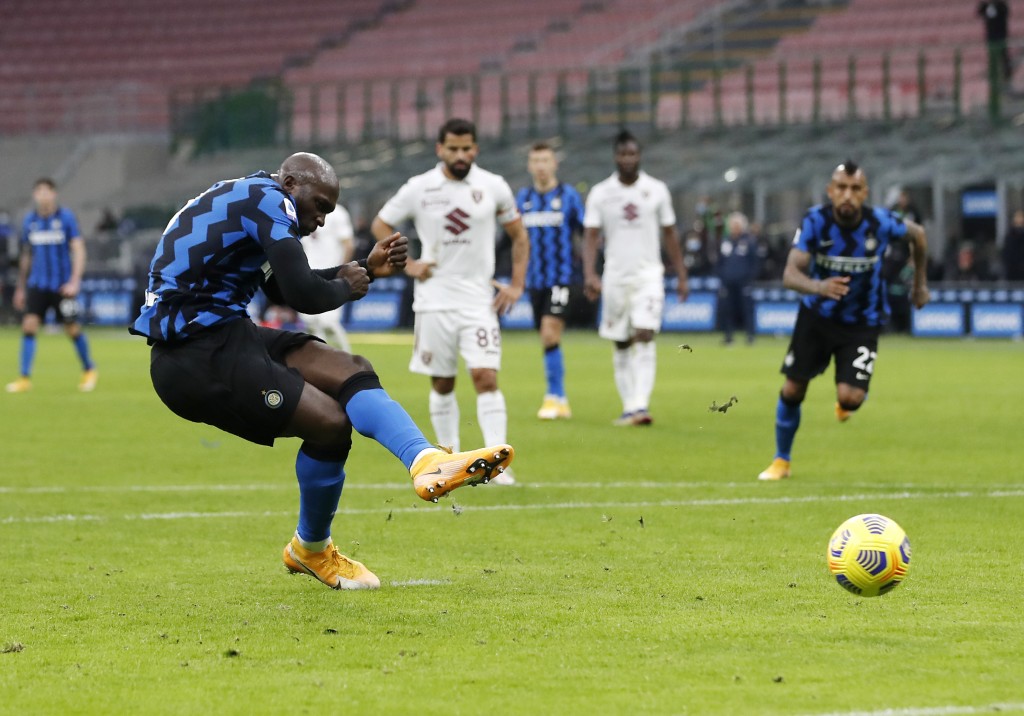 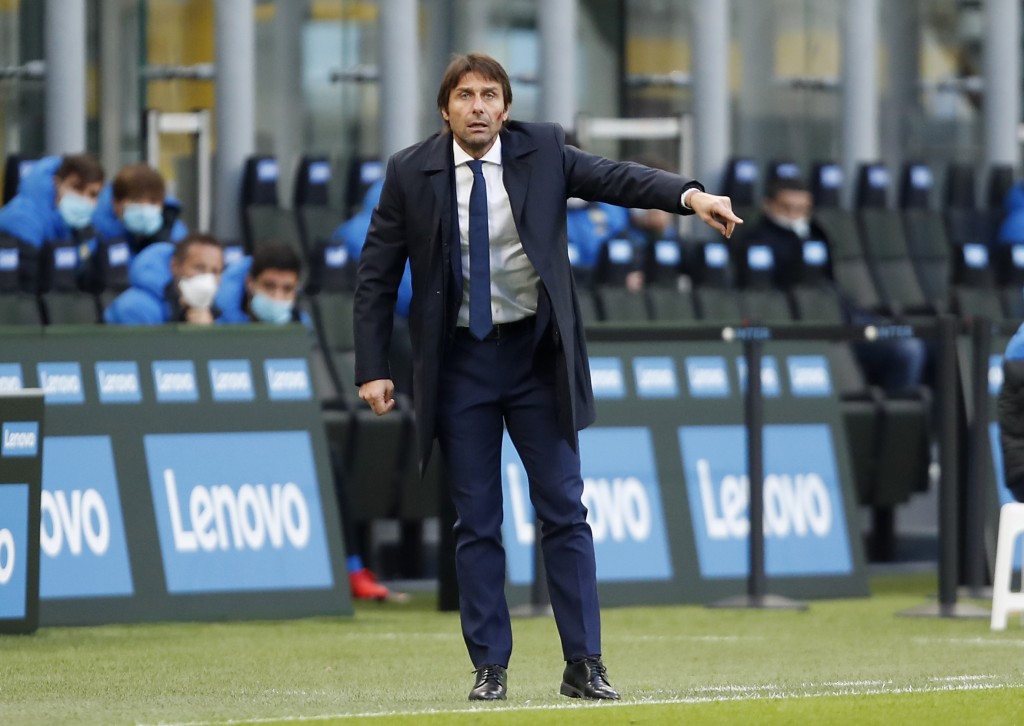 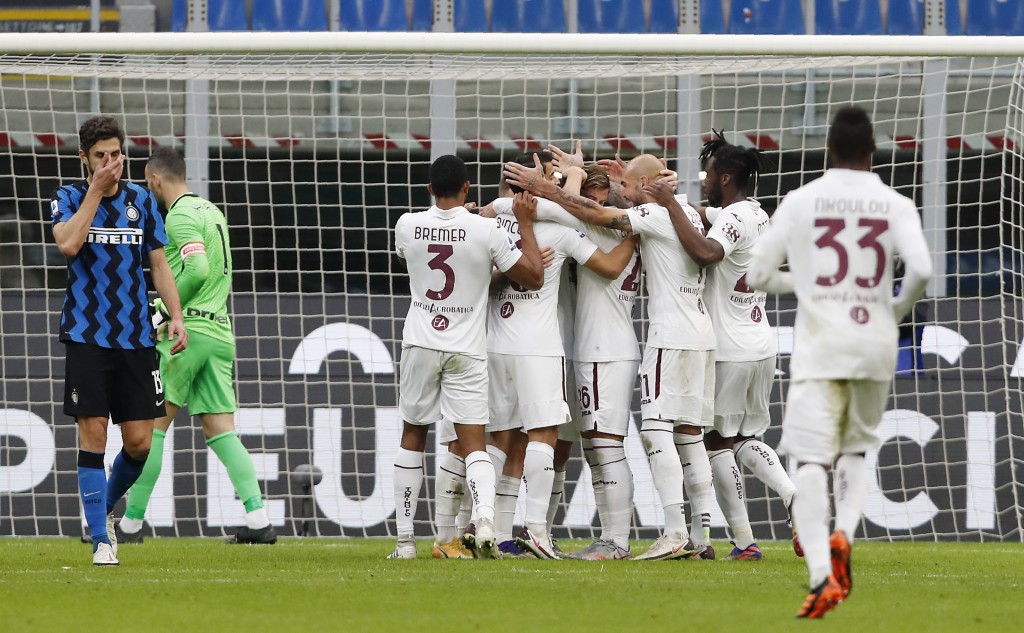 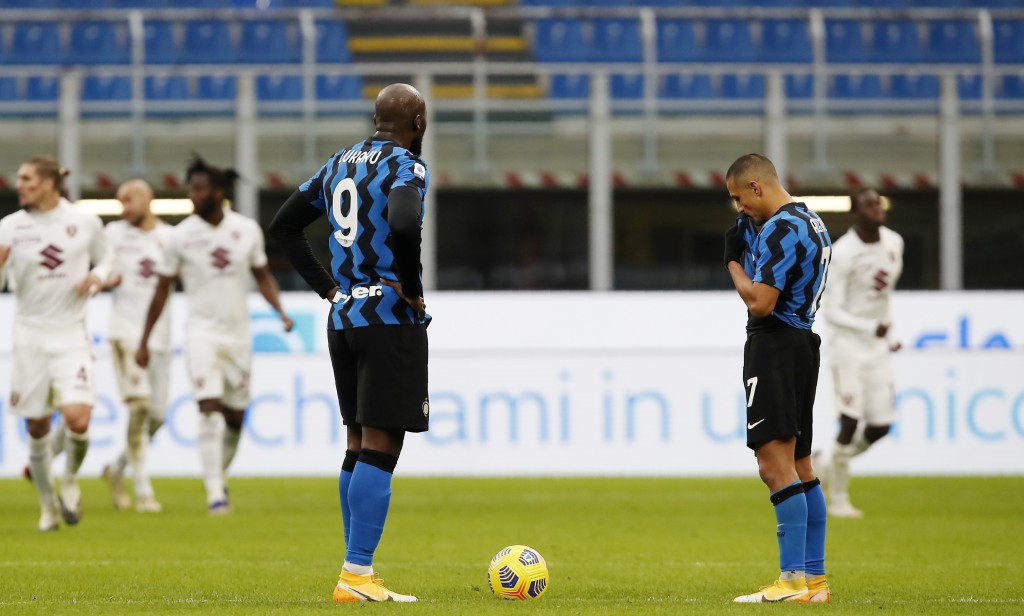 MILAN (AP) — Sassuolo won 2-0 at Hellas Verona to move top of Serie A for a few hours at least, ahead of AC Milan’s match at Napoli later Sunday.

Sassuolo moved a point above Milan and Roma, which beat Parma 3-0. Napoli would move level with those two teams, on 17 points, if it beats Milan.

It is only Sassuolo’s eighth season in the Italian top flight and the team has never finished higher than sixth.

Verona dominated the match, hitting the woodwork four times. But Sassuolo broke the deadlock three minutes from the interval and against the run of play.

Jérémie Boga latched onto Domenico Berardi’s crossfield pass and curled it into the far top corner.

Berardi got onto the scoresheet himself in the 76th minute as Verona players failed to close him down before he unleashed a shot that took a slight deflection to dip under the crossbar.

Two late goals helped Inter fight back from 2-0 down to beat Torino 4-2 thanks to an inspired Romelu Lukaku.

Both sides had players ruled out with the coronavirus. Torino was also missing coach Marco Giampaolo because of the virus and forward Andrea Belotti pulled out injured during the warmup.

His replacement, Simone Zaza, fired Torino in front on the stroke of halftime and Cristian Ansaldi doubled the visitors’ lead in the 62nd from the penalty spot after Ashley Young fouled Wilfried Stephane Singo.

Inter pulled one back just two minutes later as Lukaku’s shot came off the crossbar with Alexis Sánchez managing to fire in the rebound.

Lukaku then hit the post before turning in Sánchez’s cross in the 64th.

And Inter’s comeback was complete six minutes from time when Lukaku converted a penalty after Achraf Hakimi was tripped in the area by Nicolas Nkoulou.

Inter sealed the match in the final minute when Lukaku ran down the left and rolled across for Lautaro Martínez to tap in.

Henrikh Mkhitaryan scored twice in an impressive first half for Roma after Borja Mayoral’s opener.

Mkhitaryan has now scored five goals in his past two Serie A matches.

Earlier, Cesare Prandelli’s first match back in charge of Fiorentina ended in a 1-0 defeat at home to Benevento.